Home > Skurnik Unfiltered > News > The Bitter and the Sweet Side of Liqueurs: A Long-Lived Tipple 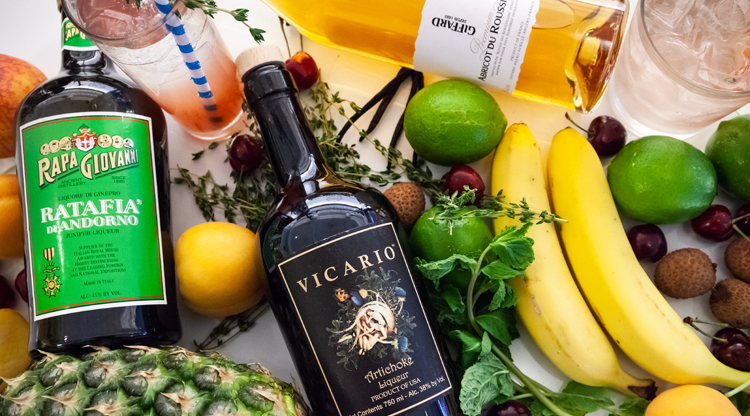 There are many confusing categories under the broad “spirits” umbrella: amari versus bitter, bourbon versus whisk(e)y, rum versus rhum… the list goes on. One category, however, particularly garners much debate: liqueur.  The category is confusing, with good reason. There are several distinctly different types: crème liqueurs, cream liqueurs, amari (bitter after-dinner drinks) and aperitifs (pre-dinner drinks).  In the United States, according to the TTB (Alcohol and Tobacco Tax and Trade Bureau), a liqueur is defined as the following:

“Flavored spirits product containing not less than 2½ % by weight sugar… made by mixing or redistilling… spirits with or over fruits, flowers, plants or pure juices therefrom or other natural flavoring materials or with extracts derived from infusions, percolation or maceration of such materials.”

An easy way to translate this is 2.5% by weight or 25 grams of sugar per liter. Sweetdram’s Escubac (Gaelic for water of life) for example, is just barely over the legal amount of sugar, and thus a liqueur. However, it is as dry as a liqueur can be, making it an almost savory and botanical-forward sipper.

Meanwhile in Europe, the law regulates liqueurs as the following:

“…it must be spirit based, at least 15% alcohol by volume (abv) and contain a minimum of 100 grams of sugar per liter.”

The genesis of these delightfully sweet takes on fruit, nuts, spices, and herbs goes back as far as the 13th century. In the beginning, liqueurs were something you could probably barely stomach, let alone look forward to at the end of your meal.

It was discovered that healing herbs, spices, and botanicals such as the juniper berry (used for digestion) are preserved longer in alcohol than in water.  Essentially, every botanical is believed to have some sort of healing property. Peppermint to ease stomach pain, chamomile to aid sleep, lavender to distress, etc. The early tonics, elixirs and medicines were merely roots and herbs soaked in something akin to moonshine. These concoctions were bitter and intense, something you had to force yourself to drink. Soon, the clever tonic salesman started adding honey, the era’s most widely available sweetener, to create a more palatable rotgut.  To paraphrase Mary Poppins, a spoonful of honey made the medicine go down.

Not long after the dawn of these bittersweet tonics, Europe experienced a glut of wine on the market from Bordeaux. With too much wine and the inability to preserve it well, the necessity of distillation became more widely practiced than ever before. The distillation of wine and even re-distillation of the moonshine mentioned led to a jump in the quality of these medicinal elixirs. Other items were added, due the growing spice trade:  cinnamon, nutmeg, black pepper, and even cane sugar from the Caribbean found their way into early spirits. One might recall a certain sect of mountain-dwelling Carthusian monks who created a sweet infusion of over 130 ingredients… perhaps you’ve tried Chartreuse?

The term liqueur had still not been introduced however until Poncelet’s 1755 pamphlet, which stated:

“The alchemy of flavor and smell, or, guiding principles for blending easily and at little cost, liqueurs to drink and waters to smell.”

The word itself is derived from the Latin word “liquifacere” which means to dissolve or melt.

Skurnik Wines and Spirits has partnered with producers of almost every type of liqueur. A crème liqueur, for example, has a high amount of sugar by volume, creating a rich, almost syrup-like consistency. Giffard (from Loire, France) have been in production making liqueurs and syrups since 1883. Their founder, Èmile Giffard, began as a pharmacist — a familiar story in the narrative of flavored spirits. His first (and still iconic) creation was the amazing Menthe Pastille a bright and minty crème liqueur. Today Giffard produces many crème liqueurs, all of consistently stellar quality. Here at Skurnik, we particularly love the Giffard Pamplemousse (pink grapefruit) 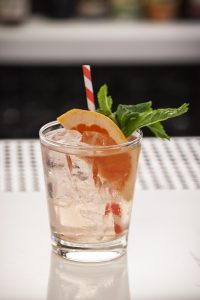 in a simple and refreshing Kir Rosè. Easily built in glass or pre-made and poured over ice, this is a refresher that will be a hit all spring and summer. As this cocktail doesn’t call for any citrus it can last for quite a long time without spoiling.

Build in wine glass, or easily turn into a large format cocktail, converting each ounce to cups… 1 cup Giffard Pamplemousse and so on.  Garnish with a cucumber slice cut diagonally and place on top or rim of the glass… or mint sprig… or a quartered grapefruit wheel!

The word crème, however, is not to be confused with a cream liqueur… like, one made with actual cream. Though they are currently off the market due to TTB bureaucracy, distinctive Caribbean producers like the iconic El Dorado Rum from Guayana and Worthy Park in Jamaica produce delicious rum cream liqueurs using dairy cream and a proprietary mix of sugar and spices.  With any luck they’ll be back soon, as rum cream liqueurs are excellent additions to eggnog, coffee, baking and of course cocktails… or are delicious just over ice. One more reason to write your representatives – demand RUM CREAM for the people! 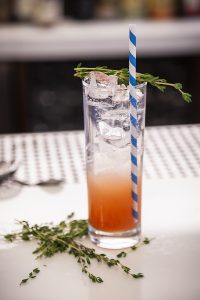 Liqueurs can be an easy to way to create lower-alcohol cocktails for people who want a lighter drink, or something to enjoy earlier in the day. The dry and slightly bitter Thym After Thym, at James Restaurant in Brooklyn, proves a cocktail made only with liqueurs doesn’t have to be overly sweet. Build ingredients in highball over ice and top with soda. Garnish with a fresh thyme and half an orange wheel.

Build in highball glass, top with soda, garnish with a sprig of thyme and half an orange wheel garnish… Can create a pretty layered effect. 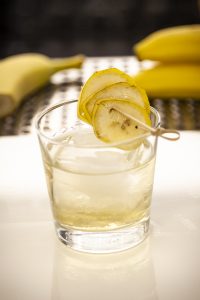 On the other hand, liqueurs are often used to boost the alcohol content.  We love this take on a traditional Old Fashioned from Tom Roughton at Bar Tano.  The Reclining Banana represents a non-crème liqueur from Giffard. Giffard Banane de Brasil is made with cognac as the base, is higher in alcohol and contains less sugar than the aforementioned Giffard Pamplemousse crème liqueur.

Stir ingredients in rocks glass with one big rock, garnish with fresh sliced bananas, dehydrated banana, or an orange and lemon, twist like a traditional old fashioned.

Instead of just sipping on an amer or an amaro (traditional French and Italian after-dinner drinks with digestive properties) these bittersweet and botanical liqueurs also work well in cocktails. For example, our own Justin Lane Briggs recently created the Stay Woke cocktail. Build your drink in a rocks glass, with a large cube, stir the ingredients and garnish with grated nutmeg. Stay Woke uses Vicario Coffee liqueur, a slightly higher ABV (alcohol by volume) liqueur, with hand pulled Lavazzo espresso, which still contains as much caffeine as it’s equivalent in espresso. Alpe Amer from Valle d’osta uses herbs of the alps and sings with rosemary and evergreen notes, Alpe Amer is both bitter and herbaceous – yet balanced.  Rapa Giovanni Black Cherry is a traditional Italian ratafia (fruit liqueur — different than the French vin de liqueur Ratafia from Burgundy). Rapa Giovanni’s Black Cherry is made in Piemonte from fresh black cherry juice, sugar and alcohol. 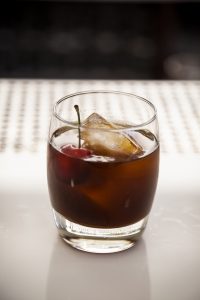 Rhum J.M’s take on the classic liqueur is a Caribbean style shrubb. A shrubb is another form of preservation, just like adding sugar for a jam or canned fruit, or using vinegar in pickling.  Rhum JM Shrubb is made with Rhum J.M VO, a four-year-old French rhum agricole, dosed with cane sirop and macerated with bitter orange zest, local vanilla, cinnamon and nutmeg.  A French Caribbean shrubb is a lovely way boost a traditional Martinique favorite: Petit Punch, commonly known as TI Punch!  In the islands, you’ll be served this classic with just a disc of lime, a bit of can sirop or shrubb, and a whole lot of rhum, swizzled and served room temperature (or with ice, for the foreigners). 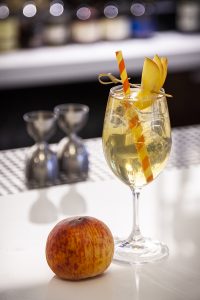 Build in highball glass, garnish with a lemon wheel or a peach slice.

Here’s to the bitter, and to the sweet side of liqueurs! Cheers!