Home > Skurnik Unfiltered > Japan > Millennia of Innovation: How Nara Has Been Revolutionizing Sake Since 700 AD 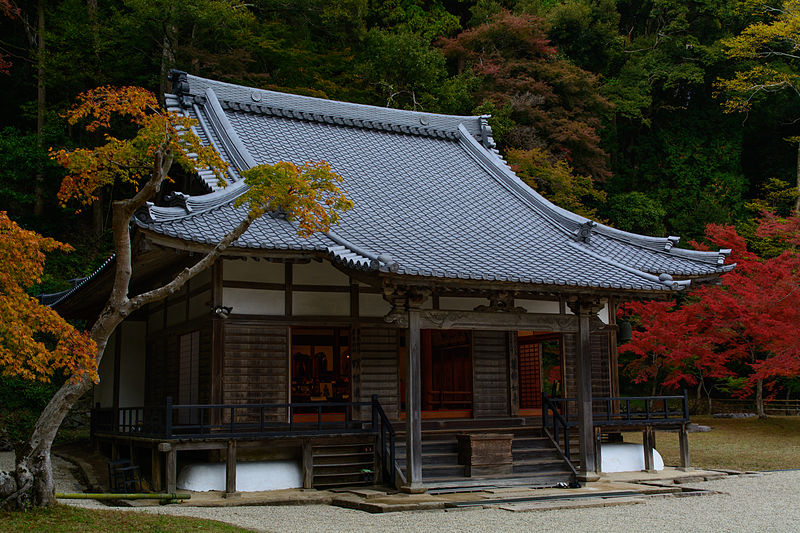 When most people first get into sake and are trying to make sense of grades and styles, a lot of drinkers land on the sturdy and well-structured kimoto styles. Older and more labor-intensive than the current standard for making fine sake, kimoto sake tends to have a bigger presence and impact, lovely creamy texture, and a defined acidic finish.

Kimoto is commonly referred to as the “original” method of starting a batch of sake, but in fact, the style traces its history to just the late 1600s.  This style’s predecessor is now known as bodaimoto or “monk starter” and, until its revival in the past few years, had fallen almost completely out of common use. Bodaimoto in both its classic and modern forms is closely associated with the country’s very first capital and the birthplace of Japanese civilization: Nara.

While basic forms of alcohol were produced all over Japan, for hundreds of years it was monks in Nara that invented and imported new methods and techniques that refined sake from a simple farmers hooch to an elegant and expressive beverage used in religious and ceremonial gatherings. The area probably has the strongest claim of anywhere in the country of being the “birthplace of sake”. Despite being located right in the center of the country and just a short train ride from Osaka and Kyoto, Nara feels uniquely rooted in the past, with centuries-old temples and shrines dotting the landscape amid the rice fields. To this day the tallest building in the prefecture is a pagoda built in the 15th century.

Not surprisingly, the oldest known shrine of Japan’s native Shinto religion is here in Nara at Mount Miwa, and is said to have a history dating back to the 4th century AD. Unlike most shrines, there is no central building to honor the god, as the entire mountain is enshrined as a point of worship. A local legend states that the god of the mountain, who was the greatest of all the Shinto gods, came to the emperor in a dream and asked for an offering of sake. This would start a tradition of sake-making at the shrine and lead the mountain to become a pilgrimage point for sake brewers to this day. Being a point of reverence for sake the mountain has created other enduring traditions, like the creation of sugidama balls. An iconic image of sake breweries still used today, sugidama are massive spheres made of cedar branches, hung as a decoration at sake breweries around the country during their brewing season to indicate they are open for business. They were first made from cedar branches brought down from the sacred mountain and brought back to breweries to bring the blessings of the great sake god of Mount Miwa.

That alone would have sealed Nara’s place in sake history– but in the following centuries, Nara became an intellectual center of the country, its many temples manned by monks and priests who had studied in China and brought back new ideas and devotion to learning. Starting around the 14th century in the mountains of northeastern Nara, many innovations in sake-making were initially popularized at Shoryakuji temple.  Still active to this day, the temple disseminated many methods that are now regarded as the basics of good sake making– like using polished white rice for brewing, isolating koji mold to start the fermentation process, and the dan–shikomi process of gradually building up the mash.

Over the centuries the brewing monks of Nara who made fine sake in small batches for the elite were pushed aside by privatized guilds of toji craftsmen who aimed to produce sake more widely, for anyone who could afford it. Nara’s sake industry began to be eclipsed by areas with better access to transportation.

However, in this oldest part of Japan there is now a wave of innovation sweeping sake breweries, and it looks like Nara of all places may start to push sake even further. In the past few years, the small family breweries of Nara are pursuing a wildly diverse series of paths, all pushing each other to better quality.

One of the breakout stars is undoubtedly Yucho Shuzo. Under the stewardship of the energetic and baby-faced Yoshihiko Yamamoto, the 13th generation of the Yamamoto family to run the brewery, they have seen breakout success, trailblazing new styles of sake to appeal to modern drinkers and reinvigorating traditional styles.

In 1998 Yoshihiko’s father launched a new brand for the company; their classic Takacho make embodied the rich and food friendly sake and emphasized a strong style characteristic of the mineral-rich hard spring water the brewery uses, but the new Kaze no Mori brand would be something different. True to its name (literally “Wind of the Woods”) Kaze no Mori was fresh and energetic. The brewery balanced the naturally weighty quality of their hard water by leaving the sake unpasteurized and by skipping the step of carbon filtering. In addition, the brewery took advantage of its two-floor design to let gravity move the sake down to the ground floor after pressing, minimizing agitation for the liquid. The sake was bottled as quickly as possible which let a natural light carbonation remain, giving it a fine effervescence of tiny bubbles. Traditionally this was considered a flaw in sake, but Kaze no Mori used it as another element. Not fully sparkling, but a light zip to lighten up the naturally full-bodied brew. In recent years this thoroughly modern sake has become one of the most popular new brands in the country, a feature at cutting-edge sake bars, progressive restaurants, and discerning local sake shops.

However, it was an innovation the brewery took in 1996 that most thoroughly connects them to the history of brewing in Nara. 1996 marks when Yucho and a collective of other small Nara breweries started a collaborative project with Shoryakuji temple, the exact same temple whose monks had ushered in a new era of Japanese sake over seven hundred years ago. Together with researchers from a local institute the breweries isolated unique yeast strains found on the temple grounds. They used these strains to revive that ancient original step of sake making developed at this temple, bodaimoto. Every January the participating breweries gather at the temple to mix together raw and steamed rice and let it sit in a vat of water to naturally ferment and grow acidic. While since supplanted by many other more modern processes this was the first time in the history of sake a dedicated step was made to isolate and develop yeast before starting the full fermentation process. In addition to the use of the native yeast, the specific microbes of the temple can enter the mixture to give it a signature touch. The participants then divide the starter liquid and transport it back to their breweries to produce limited batches of this uniquely Nara sake. While breweries outside of Nara have started to copy the process, any sake made by the original bodaimoto group of ten breweries is distinguished by a golden seal on the neck of the bottle shaped like the original vat.

Each bodaimoto sake in Nara is distinct in character, some brewed to be lighter and more elegant, some deeper and richer, but all sharing a characteristic sharp and slightly wild acidity and creamy quality. Perhaps because their now signature Kaze no Mori is so zippy and modern, Yucho Shuzo’s bodaimoto junmai under their traditional Takacho brand is deep, rich and balances a surprising creamy sweetness with characteristic bodaimoto acid. It is a bold throwback to the rich and sweet sake of old, at a time when sweet sake was used to balance out the saltiness of so many preserved and pickled Japanese foods before refrigeration, but these days just as likely to pair with spiced bread pudding or crème brulee as a daikon pickle. As a sake made with ancient techniques that is also thoroughly modern it is a great example of the exciting present for Nara sake.

Bodaimoto is an ancient sake method for making a starter for sake originated by Buddhist monks over 700 years ago but rarely used since the 1700s. In recent years Yucho Brewery has revived the process working in tandem with the same Buddhist temple that originated it, letting a rice-water mixture pick up the unique microbes to the temple than transferring to the brewery as a starter for this old-school sake. Rich and sweet flavor of tart apples is balanced by a sour acidity distinctive to this style. A singular expression that shows off the true diversity and potential of sake making.
Hinohikari rice milled to 70%.

Fresh and bright, Kaze no Mori Junmai Nama bursts with vitality. Beautiful light aromas of fresh herbs give way to flavors of berries, and the entire brew is laced with a faint effervescence, the bubbles elevating the sake. The brewery’s naturally mineral-rich hard water gives the sake weight and depth to contrast the lightness of the style.

Great for sipping before a meal but bold enough to stand up to all kinds of cuisine. Akitsuho rice milled to 60%.