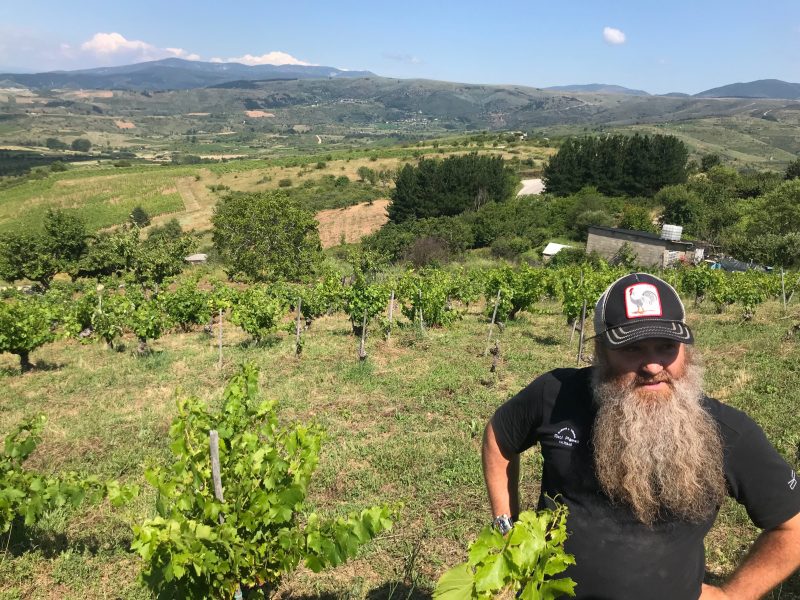 In a world where Jurassic limestone is no longer sufficient to distinguish the climats of Burgundy (Bajocian or Bathonian, please?); in a world where German aficionados speak in hushed reverence of cadasters and Prussian taxes; in a world where the cartography of Napa and Piemonte and who knows where else is carried out practically by drone and marketed to consumers in lavish editions—in such a world, it may yet come as a surprise to learn that Spanish wine, too, is made in the vineyard.

Or at least it can be. Now we would never grudge those other regions their fun, and there’s no denying that plenty of Spanish wine owes more to the wizard behind the curtain than to any uniqueness of vineyard site, but recent travels confirm that, more than ever, quality-oriented Spanish producers are seeking out, coming to grips with, differentiating, valorizing, and marketing vineyards and wines of ever-increasing geographic specificity. This is a tale of Spanish vineyard sites. 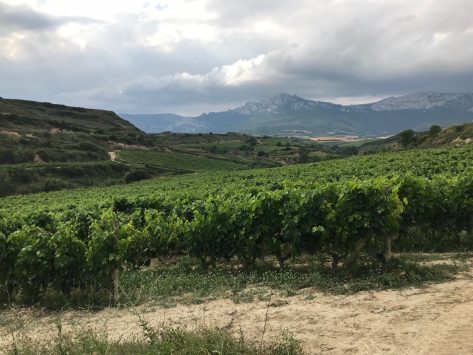 Our trip began in one of the most fraught appellations not only in Spain, but all Europe—Rioja. Its nearly 65,000 hectares, spread across three autonomous communities, lay claim to only a single DO. (There are recent signs of tentative change, but in practice, this remains largely true.) Decades of marketing around the familiar rungs of the aging ladder—Crianza, Reserva, and Gran Reserva—have left consumers relatively unaware of the vast expanse outside of Haro and its familiar barrio de la estación. Even within the Alta district, what of Villalba and Briñas? And passing into the Alavesa district—politically in Basque Country—what of Labastida and San Vicente? Samaniego and Elciego? Páganos and Elvillar?

Or take the most renowned of all, Laguardia, where we were to meet with Bodegas y Viñedos Artadi, one of the key expositors of single-site Rioja wines. And almost nowhere in their array of impeccably-tended, organically-farmed vines were the stark differences of terroir thrown into greater relief than astraddle the San Ginés creek, on either side of which lie the Valdeginés and Poza de Ballesteros sites. The former (left background in the photo), a slender, east-facing series of terraces, catches the morning sun and renders wines of relative grace and finesse. Poza, in the right foreground, slopes down to the west, soaking up stronger rays and producing wines of more Mediterranean brawn, year after year. 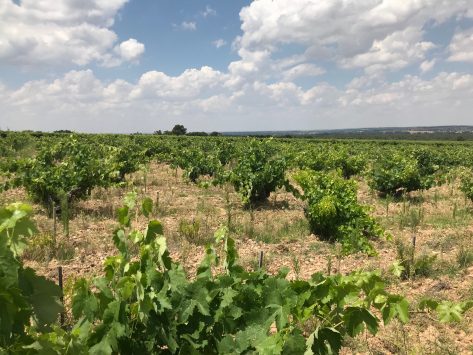 From Rioja we head to that other bastion of barrel-aged Tempranillo, the Ribera del Duero. Destination: Aranda. This hard-nosed industrial town may be well off the glittering ‘Golden Mile’ of renown, but on its outskirts sits the hidden gem of Finca Torremilanos. The sprawling two hundred hectares of this estate enjoy the Peñalba family’s meticulous biodynamic farming (the first certified in the DO) and the biodiversity of cover crops and surrounding forests. On such a large surface there are bound to be some special plots, and one of the very best is Roble Viejo, whose centenary vines (including, in the old fashion, some unexpected varieties) provide the fruit for the sumptuous ‘Cyclo’ bottling.

A final stop in Castilla y León: Bierzo, where we’re fortunate to partner with Raúl Pérez, a man tapped in recent years as world’s best winemaker by no fewer than two trade publications. His home and core vineyard surface are found in Valtuille de Abajo, a district of gently sloping hillsides of red clay and alluvial stones. An embarrassment of great sites abound—El Rapolao, Las Villegas, and La Vitoriana (the vineyard pictured here) are only a few examples. Vitoriana, whose august vines date to the first wave of post-phylloxeric plantings in the 1890s, enjoys both north and south orientation in the same 1.8 hectares thanks to its unique scalloped shape. This terroir is bottled under Raúl’s ‘La Vizcaína’ label.

But a good twenty kilometers away, a different face of the appellation beckons. Here we’re south of Ponferrada, Bierzo’s capital, high up in the hills. It’s colder and windier than below, and the vines root in slate rather than clay. Lower yields are the norm, and wines from here are nervier, tenser, more savage. To explore this part of the appellation, check out the ‘Ultreia’ bottling (no further mention—despite being very distinct from Raúl’s Valtuille vineyards, this site doesn’t have a convenient moniker).

From Bierzo (which culturally, if not politically, has one foot in Galicia) we strike forth into Galicia proper. Roads narrow and snake, pine trees multiply, and road signs begin to look a little more Portuguese. Our first stop, in the dramatic valley (or ‘canyon’ as the locals more accurately call it) of the Sil river, is with Pedro Rodríguez of Guímaro, one of the very best producers in the Ribeira Sacra appellation. This region has rocketed to prominence thanks perhaps more to images of its vertigo-inducing slate slopes rather than general wine quality, but Pedro walks the walk. His ‘Finca Meixeman’ bottling, in particular, has proven simply dazzling, especially in recent vintages. Looking down at the parcel from above, it’s impossible not to see parallels with Côte Rôtie and the Mosel—but this visit, for a change, we’re also looking up. One of Pedro’s recent initiatives has been to claw a few more terraces out of the very highest reaches of his hills. Jagged spikes of slate and granite overhung with pine cocoon these rows in a near Adirondack embrace. The fruits of this arduous and capital-intensive undertaking can finally be enjoyed in the ‘A Ponte’ bottling. It’s already compelling, and will only consolidate its place in Pedro’s range as time goes on—the relatively young vines are only getting older, after all. 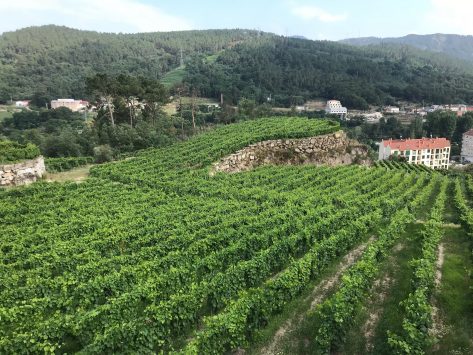 Further west, the canyon of the Sil eases into a ‘mere’ valley, and the Miño swoops in from the north to take over. This is the Ribeiro, the sometimes-overlooked stretch between the Ribeira Sacra and the Rías Baixas that harbors many delights for the intrepid drinker. We’re joining Luis Rodríguez (also known as Luis Anxo Rodríguez Vázquez, Luis Anxo, or LARV), often touted as the region’s top grower, for a whirl through the vineyards. It was necessarily abbreviated, given that Luis’ ten hectares are spread over 140 plots, but we made sure to see one of the jewels. Across the river from his home village of Arnoia, in the historic town of Ribadavia, lies the beautiful ‘A Teixa’ parcel.

This gated two-level enclave of decomposed granitic sand is planted mostly to Treixadura with a tad of Godello and Albariño, and from the outset its grapes have been special enough to be fermented on their own in a pair of old foudres and bottled separately. The wine hearkens to Chablis and Puligny just as much as the Rías Baixas and Valdeorras: a unique and distinctive entity. 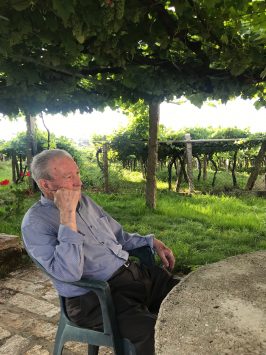 The final stretches of the Miño pass through Galicia’s most internationally-renowned winegrowing area: the Rías Baixas. Oceans of anodyne white tipple gush from these salt-swept fjords, but for those who know where to look, heirloom vineyards cry out for more serious treatment. We’ve reconnected with the road warrior Raúl Pérez (how many hundreds of thousands of kilometers must he have on his cars?) and his pal Rodri Méndez, Rías Baixas native and expert sleuth of endangered vineyards. Our afternoon’s work begins in the plot that goes to Atalier, Raúl and Rodri’s exciting new Albariño project. Sheltered under the forty-square-foot pergola of a truly ancient Caíño vine, we hear the history of the vineyard from Vicente, the elderly, heirless gentleman who was happy to find an eager new generation to cherish this pre-phylloxera Albariño. Out in the granite-posted parrales, we marvel at the beautiful small-berried bunches while sipping Albariño the way it ought to be.

Sunset in Cambados. It’s time to reflect on an action-packed week and a half. There have been a lot of great wines. There have been a score of cellars, some topping out at Roman-era technology, others glittering with frosty stainless steel. To each one’s own. There have even been a couple corporate offices. The most important thing, though? Our shoes are filthy. 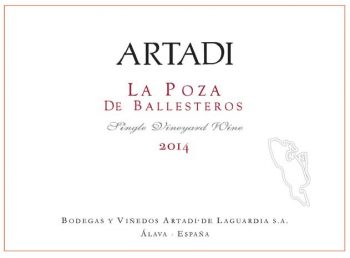 This vineyard gives us “thick stroke” wines. We feel the presence of volume and the intense flavors of ripe fruit. We notice broad, round and dense tannins, typical from a vineyard with character.

The soil is poor and pale-brown pigmented with white stains, which are lime formations. Its structure is quite homogeneous: clay-limestone and limestone. Its soil is very compact between 80 and 100 cm of depth. 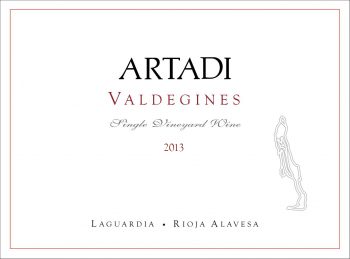 Grown in the nutrient-poor, calcareous clay sub-soils that surround the ancient walled village of Laguardia, the 12.3-acre Valdeginés vineyard is located at an altitude of 1,728 feet above sea-level. A densely-spaced, east-facing vineyard, Valdeginés, planted in 1989 consists of two micro-terroirs where vines lie either in the shallow soil of soft sandstone slopes or along the ancient rock terraces on cooler, deeper soils. A blend of both hillside and terrace fruit, Valdeginés is consistently both incredibly complex and pleasing on the palate. As all of the ARTADI vineyards are dry-farmed and maintained naturally, chemical fertilizers and pesticides are never used in this inimitable single vineyard. 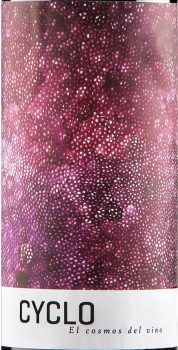 85% Tinto Fino, 7% Garnacha and 8% Tempranillo Blanco from biodynamically-farmed vines with an average age of 100 years. 15 months of elevage in French barriques. 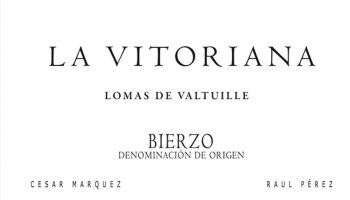 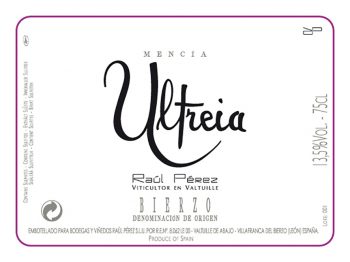 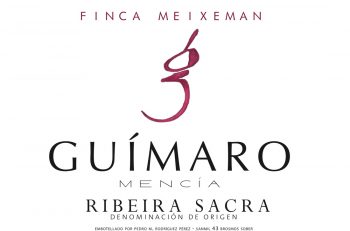 From a single 1.2 ha plot -facing south-east- of 70 year old Mencía vines planted on schist at 400-450 meters.  This is the original family-owned vineyard that helped the Rodriguez’s create theiradega.  The cuvee gets a unique vinification with foot-treading, partial whole cluster fermentation in open top cono, long maceration on the skins and raspónes, and aging for 12-14 months in old 225 liter French oak.  With a core of kirsch-like red fruit, spices, and minerals, this is a serious wine to pair with wild game, offal, braises, stews, roasted or grilled meats. 700 cases (6 packs) produced. 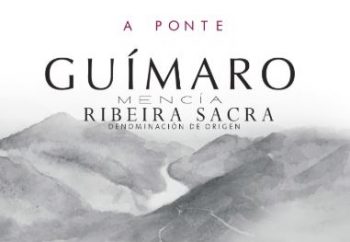 From a single young-vine parcel above the Meixeman recently reclaimed from wilderness. Fermented in open-top vat with partial whole clusters and aged in used 225L barriques. 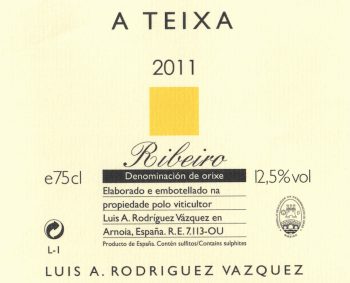 This comes from a single vineyard planted on decomposed granite located in the town of Ribadavia, and is comprised of the native grapes Treixadura (mostly), Godello, and Albariño.  Ribadavia is known for producing lush, textured, and expressive wines, and A Teixa is exemplary of this.  The wine is fermented spontaneously with native yeasts in a 23hl foudre, raised on the lees for 1 year in the same foudre, and then released after 1 year in the bottle.  It is aromatic, lush, and textured with notes of honeysuckle and sea salt – a lovely and quite serious vino branco to pair with rich ocean creatures and poultry in sauce. 3,000 bottles produced 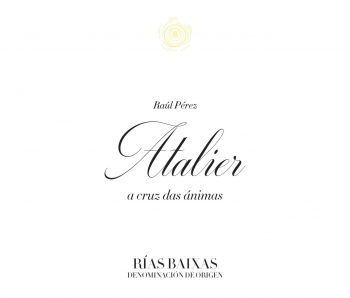 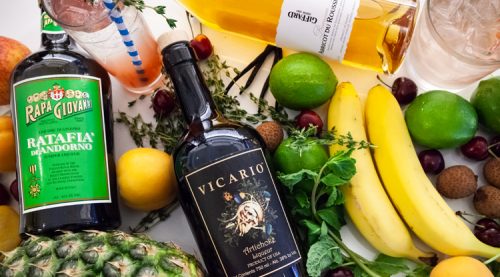 The Bitter and the Sweet Side of Liqueurs: A Long-Lived Tipple
There are many confusing categories under the broad “spirits” umbrella: amari versus bitter, bourbon versus whisk(e)y, rum versus rhum… the list goes on. One category, however, particularly garners much debate: liqueur.  The category is confusing, with good reason. There are...
Read More 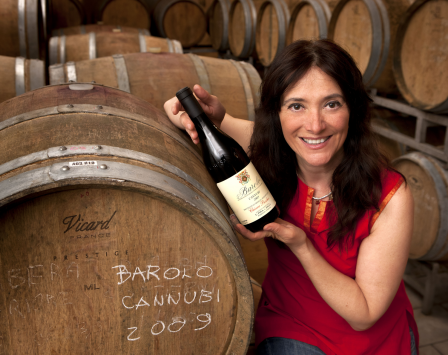