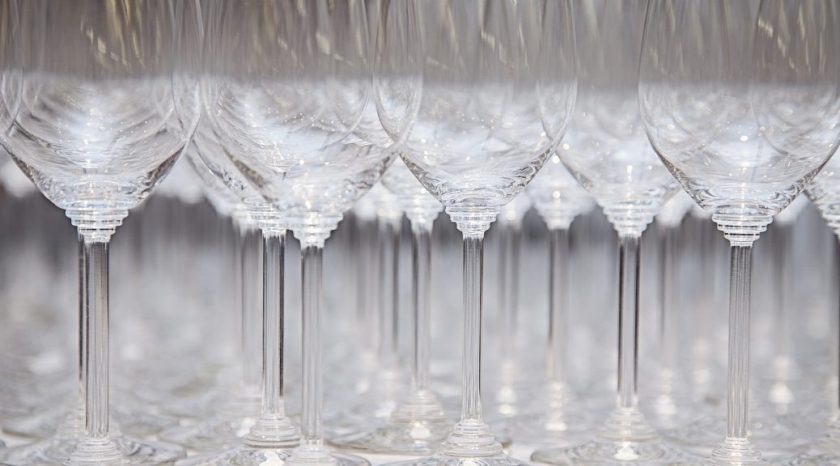 Ten of our suppliers that we represent in Ohio, Kentucky, & Indiana have been selected in Wine & Spirits Magazine’s ‘Top 100 Wineries of 2020’, and today we’re spotlighting what makes these growers so special– as well as sharing a staff pick, one wine that we believe characterizes each producer selected.

Proprietor Marc de Grazia has been instrumental in elevating the profile of Mount Etna from relative obscurity to its present day illustrious reputation for unique, terroir-driven, age-worthy wines in league with the finest Barolo and Burgundy.

500,000 years of volcanic eruptions have created endless soil variation in neighboring plots of land, many of them radical. The soil at Terre Nere is mostly volcanic ash speckled by black pumice and peppered with abundant volcanic rock; to call it ‘rocky’ is putting it mildly! The extraordinary elevation also yields dramatic temperature variations between night and day, making the wines of Etna fine and elegant, devoid of the heat and overripe flavors that usually define southern wines.

Production is simple, classic, and Burgundian in style: the grapes are grown organically, using only bordelaise mixture and organic fertilization. Vinification follows the same lead: maceration-fermentation lasts 10-15 days, followed by malolactic fermentation and aging in oak – 25% new – and bottling around 18 months later.

Andrea Sottimano and his father Rino produce wines of outstanding quality from thirteen lovingly cared for hectares in the Cottà, Currà, Fausoni, Pajoré and Basarin crus in the Treiso and Neive townships. Their Barbarescos are elegant, evocative, subtle, and yet hearty.

The approach here is one of minimal intervention: indigenous yeasts, no fining or filtering. Fermentation is done in oak, of which about 30% is new, followed by 18-20 months in neutral barriques. To experience these truly singular wines is to understand why they are rare gems indeed.

The Ricasoli name is inextricably linked not only to the history of Chianti, but also to the history of Tuscany. Geremia, the founder of the Ricasoli-Firidolfi family, established a castle (or Rocca) at Montegrossi in the 7th century AD. In 1141, Castello di Brolio passed into the family holdings and the Ricasolis entered into the wine business. It was here that the so-called “Iron Baron” Bettino Ricasoli created the “recipe” for Chianti in 1872.

Fast forward to today, and his relative, Marco Ricasoli-Firidolfi, is once again making history in the family’s ancestral lands. Rocca di Montegrossi is located in Monti in Chianti close to the Romanesque church of San Marcellino, long regarded as one of the finest sections of Chianti Classico. The vineyards are on gentle south and southeast-facing hillsides with calcareous loamy soils, at elevations between 340 and 510 meters above sea level.

The Vesselle family has been cultivating the chalky soils of the Grand Cru village of Bouzy for nearly 300 years. Today, husband and wife team David and Delphine Vesselle run this small Grower Champagne domaine, making textured wines from some of the finest Pinot Noir terroir in all of Champagne.

Their signature Oeil de Perdrix is made by allowing the Pinot Noir to macerate briefly before being pressed, giving it a an orange-pink hue that is the source of the name “eye of the partridge”. Along with the rest of their stunning lineup of artisanal bubbles, this is a family domaine that belongs on any list of top Grower Champagne producers.

Our Pick: Riesling ‘Off the Grid’, Ovum

Founded by husband-and-wife duo John House and Ksenija Kostic in 2011,  Ovum is a celebration of the diverse expressions of Oregon Riesling. After years of learning the intricacies of the Willamette Valley while working together at Chehalem, John, and Ksenija set off to further investigate the myriad terroirs of Oregon through the lens of Riesling, and now source fruit from through the state. They have found sites with blustery Pacific winds, extreme diurnal shifts, and rocky, well-draining soils.

To emphasize the idiosyncrasies of these vineyards, all of Ovum’s wines see the same practices in the cellar: natural fermentations, no additions or subtractions except for SO2, extended lees contact of 8-9 months – all in neutral barrels of acacia and oak, as well as Nomblot concrete eggs. The resulting wines are textured and concentrated, driven by minerality, and framed by unwavering acidity. Ovum’s work is among the most compelling white winemaking we have encountered in our search throughout the Pacific Northwest.

Rudy von Strasser’s journey into winemaking actually began at the University of New Hampshire while studying agriculture. His goal was to be “The King of Hard-Cider”, and so wrote his thesis on hard-cider production. While traveling across the country, Rudy took a job at Robert Mondavi Winery in 1980 with intention to take tips-and-tricks from the wine industry to apply to hard-cider production… and ended up falling in love with wine.

After an internship at Lafite-Rothschild followed by stints at Trefethen and Newton, in 1990 Rudy and Rita von Strasser found the perfect site upon which to build their own winery: Diamond Mountain– an area known for producing some of Napa Valley’s most exceptional Cabernet Sauvignons. The first vintage was produced from the existing six acres of Cabernet Sauvignon and over the last 30 years they’ve expanded across the Diamond Mountain AVA sourcing incredible vineyards to produce a portfolio of award winning of Cabernet Sauvignons and Bordeaux Style Reserve Red Wines. 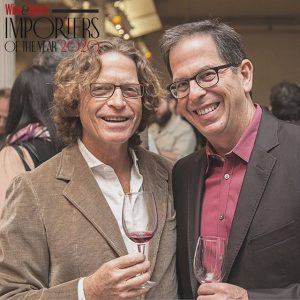 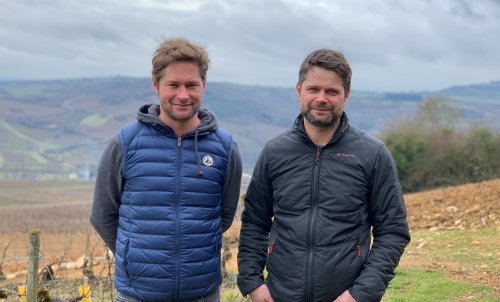 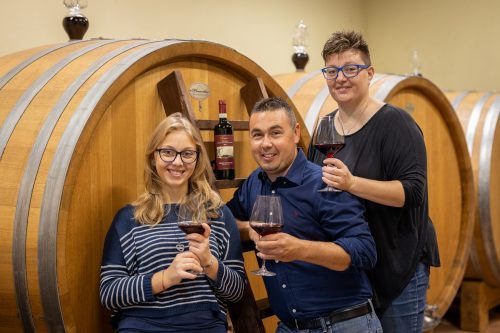 Scopetone and the Original Terroir of Brunello: Scarnacuoia
Ferruccio Biondi Santi is widely credited for having “invented” Brunello, but very few people are aware that his first vineyard dedicated exclusively to “Sangioveto e Brunello,” planted in 1877, was not at his renown Il Greppo estate on the...
Read More