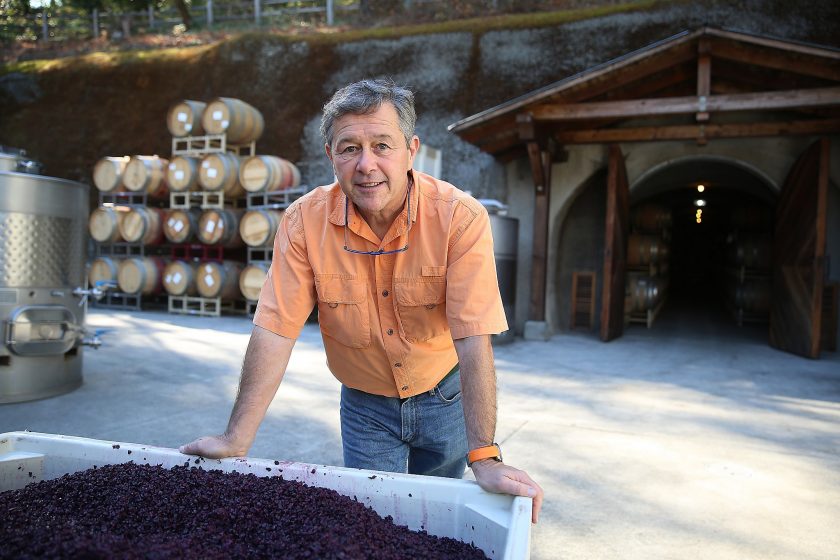 Rudy von Strasser’s journey into winemaking actually began at the University of New Hampshire while studying agriculture. His goal was to be “The King of Hard-Cider”, writing his thesis on hard-cider production. While traveling across the country, Rudy took a job at Robert Mondavi Winery in 1980 with the intention to take tips-and-tricks from the wine industry to apply to hard-cider production; he ended up falling in love with wine.

Rudy later enrolled in the Enology program at U.C. Davis. However, unlike anyone before him, Rudy took a chance and wrote a letter to Eric de Rothschild of Chateau Lafite-Rothschild seeking an internship opportunity for a harvest. He became the first American to receive this internship and spent the 1985 harvest working at the Chateau. When he returned, Rudy worked at Trefethen in the cellar, and then Newton Vineyards as the assistant winemaker under John Kongsgaard. These experiences would build the foundation Rudy would use for von Strasser Winery and its distinct winemaking style.

In 1990, Rudy and Rita von Strasser found the perfect site upon which to build their winery, as wells as live and raise their three children: Diamond Mountain. The 30-acre property was formally Roddis Estates, and next door to Diamond Creek. The first vintage (1990) was produced from the existing 6-acres of Cabernet Sauvignon and over the last 30 years they have expanded across the Diamond Mountain AVA sourcing incredible vineyards to produce their current portfolio of Cabernet Sauvignons and Bordeaux Style Reserve Red Wines.