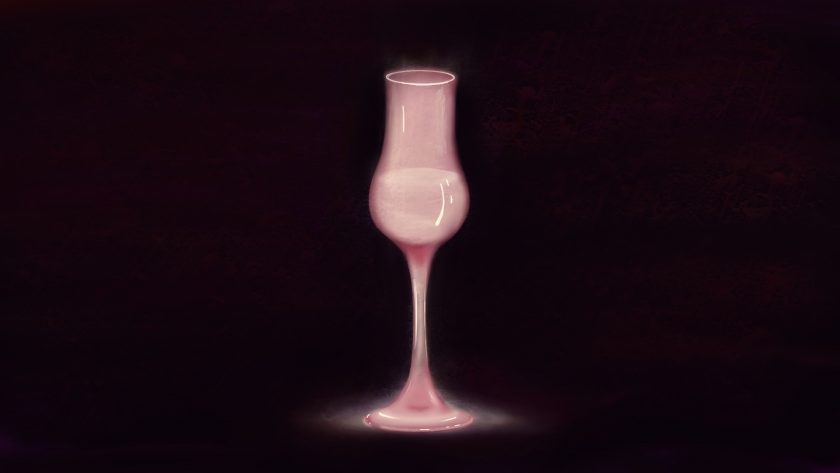 You stop at a roadside stand that’s selling pears. These aren’t the insipid grocery store fare you indifferently pass while running errands on your way home from work. These are the perfect pears that surface in the mind when the noun is spoken but are rarely experienced in real life. Your hand lingers over a particular one, and its purchase is a foregone conclusion. Undulating facets of indulgent yellow—canary, flaxen, citrine, goldenrod—are painted on its rugged but sinuous form and the flesh gives ever so slightly as your teeth press in with unflinching trust that this pear will not disappoint.

This moment is not just about the pear, of course, but about the stage on which you stand—costumed in your favorite sneakers in a dusty roadside tableau of tall grass and bright sun while you smile at the sound of strangers, or the faces of loved ones, and juice runs down the side of your hand. You will never again be this person, this age, in this place in time, eating a flawless pear and viewing the world through this distinct lens.

Had you stopped here the day before or the day after, your experience would’ve been different. Perhaps not better or worse but changed—if by nothing else—the flavor of that pear a day younger and underripe or older and starting to bruise. A shift, a corresponding variation of sensorial experiences would’ve followed, perhaps minute or perhaps cascading into an entire pivot of thought or mood.

But you are not here a day before or after. This is your now, and the moment you’ve encapsulated in one, perfect bite.

SO WHAT DOES THIS HAVE TO DO WITH GHOSTS, YOU ASK.

Experiencing time as we do, in a linear fashion, this moment imprints itself in memory but will never again be revisited in its tactile form. And memory is a fickle kind of ghost, blurring the particulars over time, stubbornly rooting itself in a single detail, or fading into the subconscious altogether. When this ghost visits—if it visits—truth becomes subjective. You observe the moment in your mind’s eye and wonder—was it quite as sunny as you recall? Was that pear so delicious? For that matter, was it even a pear? Now that you think of it, perhaps it was an apple or a plum after all.

Then, one evening, removed from that moment on the roadside by days too many to count, you find yourself at dinner with friends. During dessert, a round of drinks is ordered for the table—what or by whom you did not note in the flush of conversation—and a delicate, stemmed glass of diminutive size is set before you. The liquid in glass is crystal clear and placid as winter water. When you raise the glass and breathe in its aroma, something in you stirs—a tug, an uncanniness that sparks and shimmers. But it’s not until the pear eau-de-vie touches your tongue that the ghost appears. Not the faded negative of your day at the roadside haunting the attic of your memory, but the soul of that perfect pear itself—vivid, present, made corporeal once again in flavor and texture—and the part of you that only existed in that one place in time responds in kind, materializing from your very DNA to live the moment once more.

Some may argue that the fermentation and distillation of a seasonal fruit for later drinking is a practical concern, a traditional means of utilizing excess agricultural bounty that would otherwise spoil. To be sure, an eau-de-vie can be quantified this way, but the unquantifiable act of uncorking a bottle to encounter something gone and yet not gone, ephemeral but given form—this is the stuff of fiction, poets, and a realm beyond the here and now. What else can we call it but a conjuring, when a sip of well-made eau-de-vie transports us to a season long spent, a version of ourselves unlocked only by a past-lived experience made present, or even more mind-boggling, an experience we have yet to live? 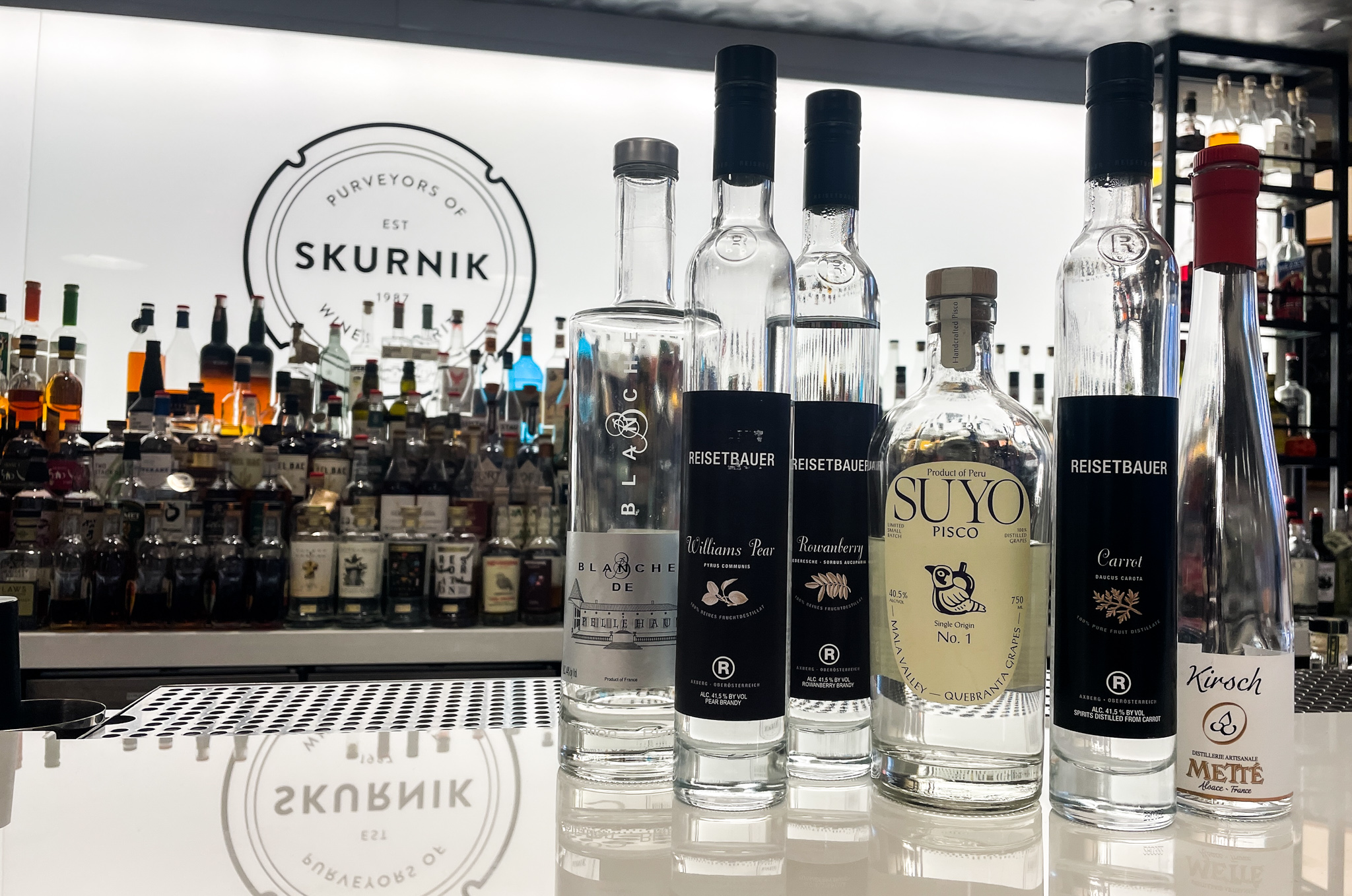 A FEW OF THE ETHEREAL EAUX-DE-VIE OF THE SKURNIK PORTFOLIO:

If you suspect this expression from renowned Austrian distiller Hans Reisetbauer to be the genesis of the above ghost story, you are correct. Harvesting underripe, ripe, and overripe pears to create dimension and texture and fermenting in stainless steel to prevent oxidation, this benchmark eau-de-vie is as pear-in-a-bottle as it gets.

Perhaps the most popular of the Reisetbauer lineup, Hans uses a whopping 35 kilograms (over 77 pounds) of carrot to make one liter of this unusual but comforting eau-de-vie. Perhaps no ghost is more welcome than that of the familiar.

Wild harvested 700 meters above sea level in the Mühlviertel in Upper Austria, these small berries impart flavors of almond augmented by faint notes of cherry, horseradish, and allspice while whispering knowingly of a faraway place.

Explore the full range of eaux-de-vie from Hans Reisetbauer

If one were to indulge in the idea of parallel lives, then one must consider the possibility of parallel ghosts—one for each life lived. In this French expression of cherry eau-de-vie from Alsace, the spirit in glass represents a cherry that lived a life of confection—not eaten fresh off the stem, but simmered, baked, and married with pastry and warming spice. Ratafia black cherries are twice distilled in copper pots for this sultry yet sprightly spirit.

Explore the full range of eaux-de-vie from Distillerie Mette

Defined by its own appellation of origin, unaged Armagnac, or Blanche d’Armagnac, is a French brandy unaltered by the influence of wood. This expression, distilled from 100% Folle Blanche by Château de Pellehaut in Armagnac’s Ténarèze region, beguiles with aromas of purple flower and pastry crust, peppermint and lemon zest on the palate, and a lingering finish of brûléed sugar. In a spirit category known for its robust expressions of extensive age, this eau-de-vie is an apparition of the grape in the flush of youth.

Though we may not immediately think of pisco when discussing eaux-de-vie, the national spirit of Peru most certainly qualifies. The laws for Peruvian pisco stipulate no aging or additives allowed, including water. The grapes must be grown and distilled in one of five coastal regions, where attention to elevation and proximity to the sea imbue the spirit with a distinct character. SUYO Pisco’s Batch 1, made from 100% Quebranta grapes, not only invokes the grape itself, but also the echo of the seaside, inviting the drinker to lean in and listen to the whispering voice of this terroir. 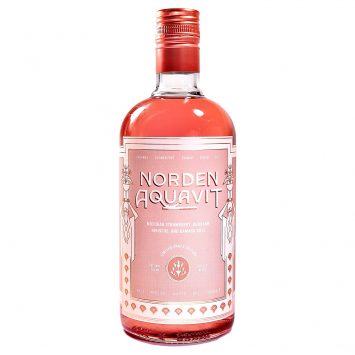 Norden’s Strawberry Rhubarb Aquavit is the outlier on our list, not an eau-de-vie, but an aquavit made in the Scandinavian Kryddersnaps tradition which sees seasonal flavors preserved in spirits for enjoyment at any time. This aquavit not only captures the nostalgic flavors of ripe strawberry and tangy rhubarb but complements these ingredients with other botanicals in such a way that creates something distinctly evocative…for those that grew up in the Midwest where this spirit is made, a dram manifests the sounds of cicadas and the smell of grass in the fleeting bloom of June, even in the middle of winter and from hundreds of miles away.

Spirits and Specters at the Plaza Hotel 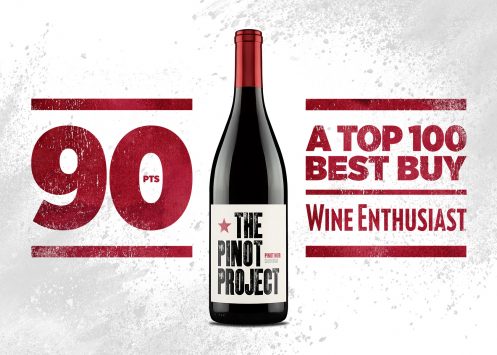 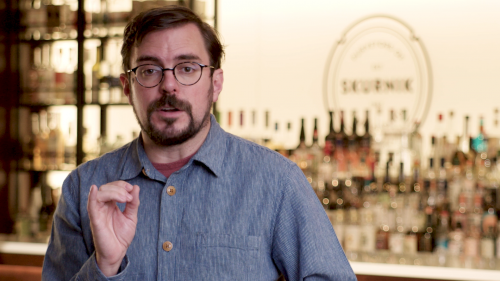