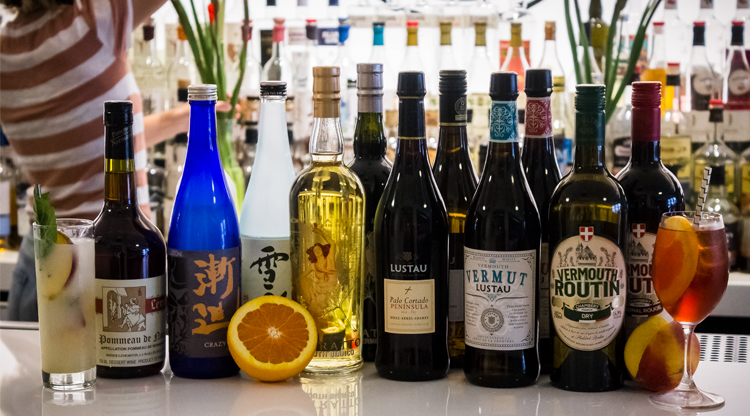 Have you ever found yourself at a hip new restaurant, perusing the cocktail menu, but confounded by a list that doesn’t seem to include any spirits? What’s a drink made with Americano, vermouth, lime and sour beer? Only the lime juice seems familiar. You may be in a restaurant which only uses a beer/wine license – and so can only serve wine or beer based products legally. But this can open a whole new vista of mixing possibilities to explore. So let’s take a peek inside the glass!

There are a variety of different liquor licenses; it would take the better part of a week to sort through each kind… or which is best for any given establishment. Let’s keep it simple, and talk about on premise liquor and on premise wine — also known as, Restaurant Wine. The term on premise refers to where the alcoholic beverage will be consumed.  If a consumer is buying alcohol to consume at home this is off premise. Think local wine or liquor stores. A grocery store can also sell off premise wine and beer, but under a certain amount of alcohol by volume (ABV).

If a proprietor is opening an establishment with a full bar, an on premise liquor license is ideal. Americans love to have a cocktail or two before or after (or even during) the dining experience! From a business standpoint, spirits are a money maker: just two to three ounces of liquor go in each cocktail, and spirits don’t spoil. Cocktails can be consumed much quicker than a 12-ounce beer or five-ounce glass of wine. A liquor license is more expensive than a beer/wine license, but the return can be far greater. The tricky thing is, one cannot always get that full liquor license. New liquor licenses are not be given to locations within 200 feet of a church, school, synagogue or other place of worship; or if you are within 500 feet of another establishment with the same license. There are exceptions, of course, and some places can get “grandfathered” into previously existing licenses; but generally, liquor licenses are a pain, and a disapproving community board can make it a nightmare to be approved.

Back to our hip new restaurant; they’re using an on premise wine license, but are still serving cocktails. How? It’s simple: the base of the product must be fermented, not distilled. There is a rumor floating around that on premise wine licenses can use anything under a certain ABV. Some even claim that anything under 20% is okay, making many liqueurs available for this type of license. Sadly, this is false. Those liqueurs still use distillates as a base! But anything made using wine, beer or even sake (rice wine) as its primary component can qualify.

Thankfully, there are some work-arounds: “fortified” products like Pineau des Charentes, pommeau, vermouth, sherry, port, madeira, and marsala can all fall into this category as well. Fortification not only makes your drink stronger, it also acts as a preservative, making it more attractive for long journeys and high temperatures. A classic example of the category known as vin de liqueur, Pineau de Charentes (named for the Charentes river in Cognac) has a charming backstory. Legend has it a wine-maker in the region stored grape must (juice from the pommace) in a seemingly empty barrel – but that barrel in fact still contained eau-di-vie – and voila! Pineau des Charentes was born, like most happy accidents in our wonderful world of drinks.  Pineau de Charentes and pommeau are juice based, about two-thirds; the former is made from grape juice, the latter from apple and/or pear. Each are then fortified with a distillate made of the same fruit, about one-third. The primary component is the juice, sneakily fitting pommeau and Pineau des Charantes into the category available to a on premise wine license holder.

Vermouth is a fortified and aromatized wine; the base is white wine, macerated and infused with herbs and botanicals, then fortified with brandy. The brandy is often from the same grape. Many French vermouths and brandies are made from the grape Ugni Blanc. Routin Vermouths, by contrast, are made from Sauvignon Blanc and Jacqueres, grapes which are regionally specific to the Chambery region where they are born. Vermouth is typically divided into three categories: dry, white, and red. Dry is just what it says: there is a bare minimum of sugar, if any at all, added to the wine and brandy mixture. White (known as blanc or bianco) vermouth has much more sugar added to it, making a nearly clear but sweet vermouth. Red (known as rosso or rouge) is counterintuitively still made from white wine, with herbs and brandy added, but with caramelized sugar lending a deep maroon color. A good deal of sugar is added to most red vermouths, so it is commonly known as sweet vermouth; this also makes it ideal for mixing with a dry spirit, like rye for a Manhattan! Skurnik offers one dry vermouth (Routin Dry); two white vermouths (Routin Blanc and Contratto Bianco); and four red vermouths (Routin Rouge, Contratto Vermouth Rosso, Contratto Americano Rosso and Antica Torino).

Sherry has an ancient history, beginning with the Phoenicians, as far back at the early 5th Century in what is now southern Spain. After the Moors introduced methods of distillation, during their conquest in the 11th Century, a laborious and intricate system of barrel ageing called the “solera method” swept through Jerez and sherry was born. Sherry offers a unique flavor similar to the slightly oxidized notes which have recently helped popularize orange wine. The true sherry lover enjoys fino sherry (bone dry), ice cold with anchovies, followed by a Pedro Ximenz (with notable residual sugar) with vanilla ice cream. Sherry’s oxidative nature displays a nuttiness which is inspiring for cocktails. Skurnik is proud to work with Bodega Lustau, an iconic producer whose sherry is perfect for all mixing needs, as well as Bodegas Tradicion, an elegant and historic sipping sherry.

How can we apply these delicious and traditional low-ABV beverages to cocktail uses?  We’ve asked some bartenders for their favorite low-impact originals. 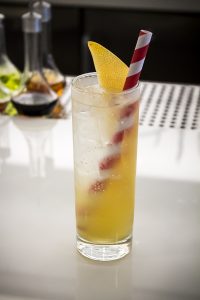 Lauren Schell, while bartending at Milk & Honey in 2014 was, “on a mission to improve my relationship with alcohol” and created the Goldfinch.

The Goldfinch (modified for Skurnik Spirits)

Combine ingredients in mixing tin. Shake, and strain over ice in a Collins glass. Top with club soda and garnish with a long grapefruit twist. 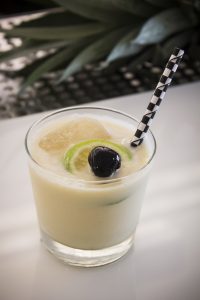 Natasha Torres, after taking a class on the subject in 2013, couldn’t help but play around with sherry in classic recipes at The John Dory. Alongside the late Sasha Petroski, her mentor, Natasha created a modern classic: the Cortado Colada. 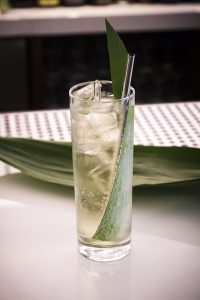 Mathew Resler, of Bar Goto, also turned a classic on its head with a Bamboo Tonic. Riffing on an iconic staple of the sherry cocktail world, a touch of tonic turns this warming winter drink into a delicious summer sipper.

Combine ingredients in a mixing tin; add ice and shake. Strain over ice into a highball, with a long banana leaf garnish. 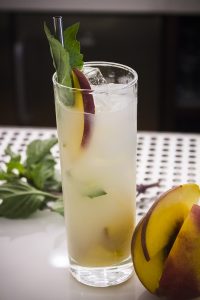 Rene Hidalgo, while beverage director at Terminal C Newark airport, was launching a seafood restaurant. Rene felt a sake-based cocktail would be palatable with fresh fish, so he came up with the Ishigaki Cooler.

For easy takes on classics like the Americano or Negroni Sbagliato, try mixing the more bitter Contratto Americano with their classic Vermouth Rosso or another red vermouth, and topping with sparkling wine. 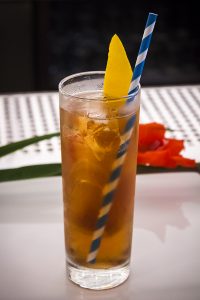 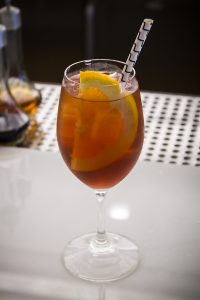 Build in wine glass, fill with ice, top with sparkling wine, garnish with an orange twist.

What will you come up with?


Please note that our Annual Inventory Shutdown is


Please note that our Annual Inventory Shutdown is