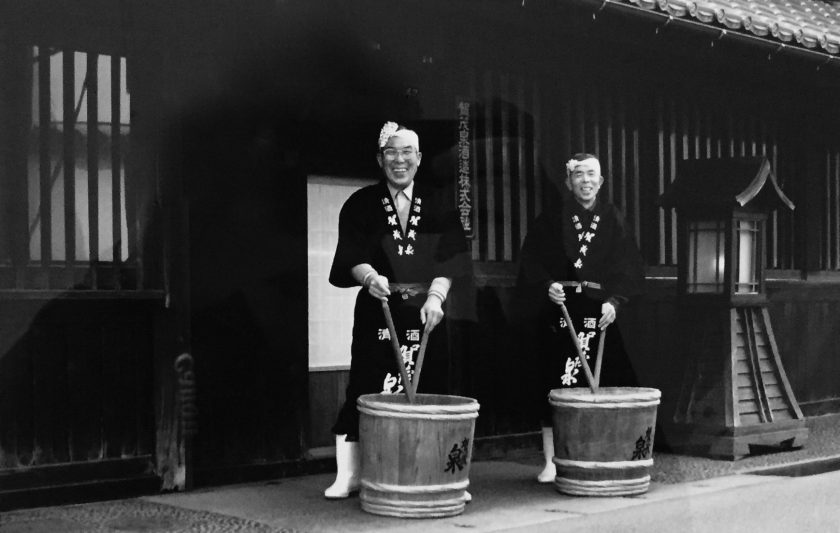 HEATING THINGS UP AT OUR KIMOTO, YAMAHAI, & BODAIMOTO SEMINAR

In October, we held an “old style” sake seminar with expert and former sake brewer Justin Potts and former Master Brewer Tomoyuki Minami. Tomoyuki is one of the leaders of the shizenha style of sake that emphasizes connection to agriculture, avoiding treating or altering sake after pressing, and reviving older techniques and methods. Justin Potts worked for years as a brewer at the innovative Kidoizumi Brewery and has since become a renowned expert and advocate for styles of sake that use more ambient microbes. 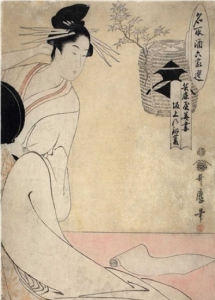 The styles that we discussed included the kimoto, yamahai, and super-rare bodaimoto “monk” methods— and each indicate different ways for starting a batch of sake. Typically, sake begins as a starter batch also known as “shubo” or “moto” in Japanese.  A brewer may allow a range of microbes to enter the batch to influence the resulting sake, which give a surprising range of aromas and flavors. Some can provide wonderful complexity and acid, while others can produce well-known (and feared!) off flavors. For this reason, many advancements in sake–making techniques have been focused on eliminating the yeast and bacteria that can produce these unintended flavors.

In fact, the dominant starter batch method called “sokujo” allows only the fermenting yeast to grow and nothing else. This makes for a very pretty and clean style of sake while giving the brewer more creative control and less fear of enhancing those off flavors. We can credit Sokujo with providing so much of the delicious sake that’s available today.

However, in the past decade, sake fans and brewers alike have become interested in the old ways and there has been a revival of the fascinating range of flavors they can bring. 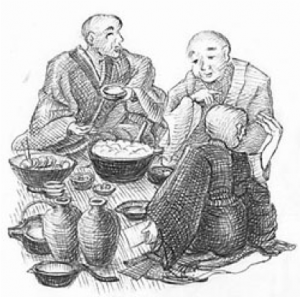 Sake has long been considered a part of spirituality in Japan, often being used in Shinto and Buddhist ceremonies. Many fundamental methods for making sake today actually date back to the 14th century (and likely even farther) when sake production was largely undertaken by temples.

Specifically, the monks of the Shorakuji Temple in Nara first developed and maintained these techniques. Their diaries from that time still exist, and much of their brewing advice remains relevant to this day.

Bodaimoto starts as water and rice mixed together and left to sit for several days. Essentially, during this time ambient microbes create an acidic mixture that the monks likely noticed led to fewer spoiled batches. We know now that higher acidity makes it harder for spoilage microbes to grow, hence a more consistent and better tasting batch of sake. Still, bodaimoto sake can be very intense, complex, and funky by today’s standards. Because of its unique  flavor profile and its risk of spoilage over time, it has been largely displaced by other methods over the centuries.

In 1996, a group led by Yucho Brewery (Kaze no Mori, Takacho) revived this process in collaboration with the Shokuraji Temple.  The result is a fascinating look at the “monk style” sake of 500+ years ago.

Some of this does come to the US, but only in very limited quantities each year.

THE RHYTHM OF KIMOTO

Bodaimoto’s successor was born in the late 17th century.  Dubbed “kimoto”, this method takes a much more active approach to starting a batch. Here, a combination of rice, water, and koji is added to small tubs, and then mashed into a paste by brewers using a special pole. This is done with two brewers to a tub, and they stand at opposite ends alternating which side they stir. The most striking part is the songs they sing in order to work in unison and keep the poles from hitting each other. Some songs are from whatever brewing guild the toji (or Master Brewer) belongs to and some are specific to the brewery itself.  As the kimoto style has returned to sake production in recent years, so have these songs.

The kimoto method helps release nutrients and enzymes into the batch quickly, helping produce a stronger acidic environment to stave off more spoilage bacteria than bodiamoto. Although kimoto is also commonly associated with funky, earthy flavors, many breweries have elevated this technique to produce surprisingly refined sake that maintains a deep umami layer even at the daiginjo level.

Yamahai and Kimoto are often lumped together as “old styles”, but the truth is that yamahai came some 200 years later, in 1909. Actually, it’s not older than the ‘modern standard’ sokujo, which was first presented in 1899. The difference is that, while sokujo is a radical departure from every other starter method, yamahai is a direct improvement on the kimoto method that came before it. Researcher Kinichiro Kagi showed that the famous pole mashing step of kimoto could be skipped entirely and the rice would dissolve on its own with similar results.

One wonders why poles were ever used in the first place! The answer most likely is in the milling rates.  In the early 1900s milling technology was improving and brewers could use rice with lower milling rates than ever before. The main point of milling the rice is to remove the proteins and fats on the outside of a rice grain, in order to expose more of the pure starch in the middle.  But a side effect was that the rice also just dissolves more easily in the batch.  This eliminated the need for laborious mashing.

Those “old ways” of making sake actually exhibit a fascinating, historical progression from bodaimoto to kimoto to yamahai. For decades these more traditional methods were neglected for a clean and consistent style, but sake drinkers today are embracing the complexity, connection with the local environment, and sense of history offered by the traditional styles. Sounds a lot like the changes we’re seeing in winemaking, too, huh? And brewers are listening.  Once again, the old songs can be heard as brewers mash in rhythm and the sake produced reflects this rich history.

Rich and sweet flavor of tart apples is balanced by a sour acidity distinctive to this style. A singular expression that shows off the true diversity and potential of sake making. Hinohikari rice milled to 70%. 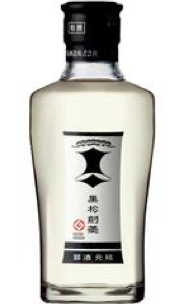 This is the taste of old school sake: deep, rich, bursting with umami, sweetness, and acidity. Pairs beautifully with oysters, sea urchin, tempura, and even dry-aged steak.  Blended from sake aged from between two to eight years, which gives it a depth of flavor uncommon in most other sake.

Earthy and nutty with a terrific, sharp acidity. This is a dynamic food sake made in the traditional “kimoto” method, which adds depth and acidity. Excellent chilled or warm. 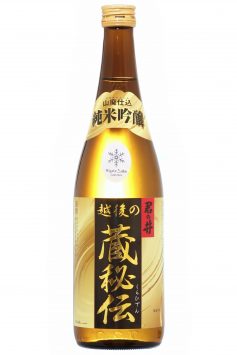 A delicate balance of robust and delicate, full notes of cereal grains and cremini mushrooms in a light and airy structure. One of the better matches for tempura we’ve had. Warming this sake adds a touch of fruity sweetness to the toasty notes, making us think of banana bread, fresh from the oven.

Made from local Gohyaku Mangoku rice milled to 58% and by the traditional and time consuming Yamahai method which imparts a fuller and more complex structure and pronounced acidity. 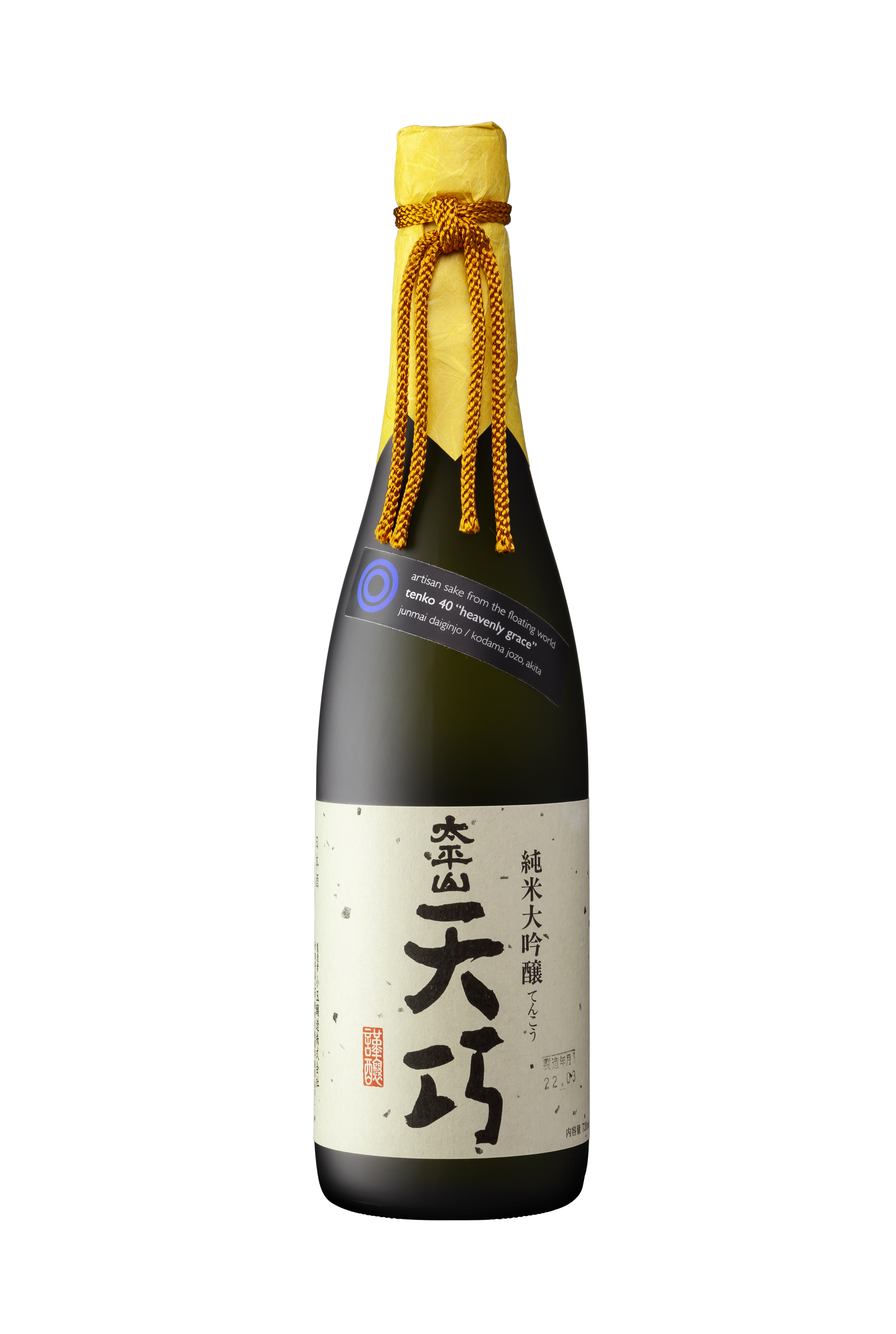 Exquisite bouquet led by fragrant summer flowers with hints of fresh tropical fruits & citrus.  Made with the “Akita Kimoto” method pioneered by this brewery.  This is a layered and complex sake that retains the elegance of a daiginjo but can pair with a more versatile range of food. 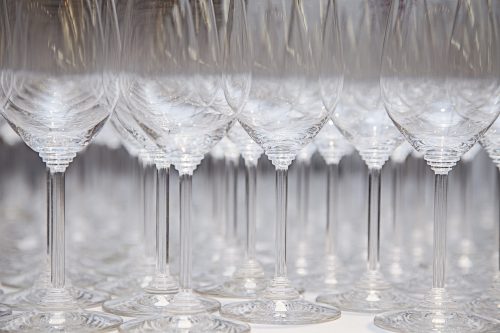 Tariff Talk with Michael Skurnik & David Hinkle
The American wine and food community is being threatened with a second (the first took hold in October) and more devastating round of tariffs on wine, food, and more from the European Union. We sat down with Michael (yes, we’re...
Read More 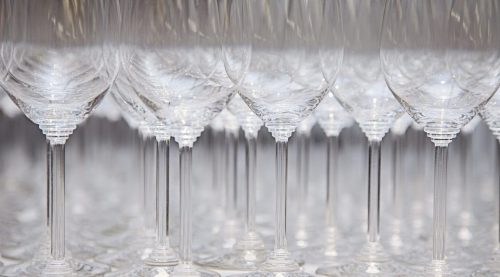 Tariff Talk with Harmon Skurnik & David Hinkle
There is so much misinformation out there regarding the tariff threat that is looming over our industry. We sat down with Harmon Skurnik for a second ‘Tariff Talk’ to discuss where we are today in the ONGOING fight against tariffs...
Read More