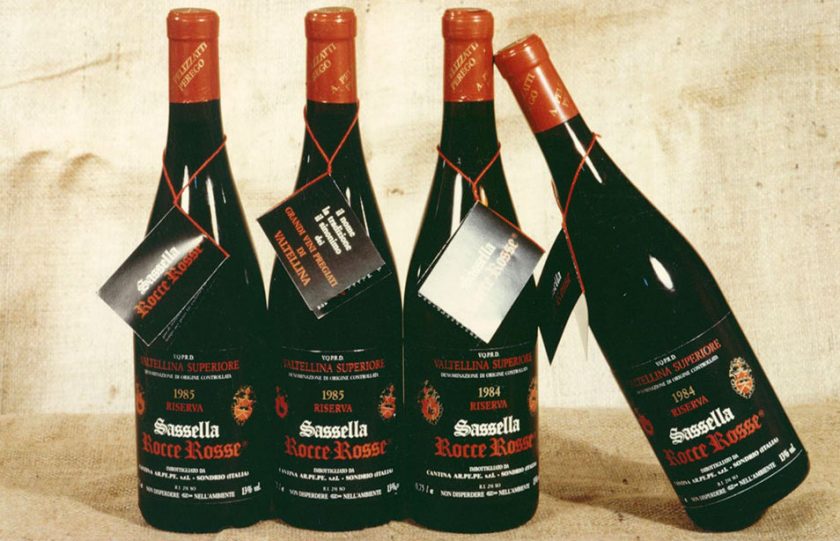 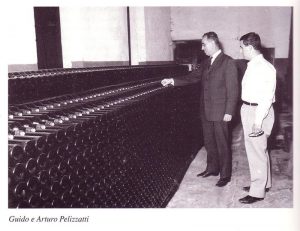 In 1973, a good century’s worth of quality family winemaking in Valtellina nearly all went up in smoke. Guido Pelizzatti, owner of the Arturo Pelizzatti estate, was diagnosed with cancer. Guido was father to four kids, but his son Arturo was the only one who followed him into the family business.

Without consensus among Guido’s heirs, the Pelizzattis were forced to divide their fifty hectares of vineyards and sell their cellars and successful Valtellina brand; a brand which had been founded by their great, great grandfather Giovanni in the 1800s. Arturo’s inheritance was at risk, but rather than sell his share of the family vineyards, he pivoted to renting them out on long-term contracts. While heartbreaking, this was a fortuitous maneuver.

These days, Arturo’s children, the fifth generation of the Pelizzatti-Perego family, spin this tale with the immense pride of having overcome a myriad of obstacles that would have proven fatal to other family businesses. Again and again, what should have been a classic Greek tragedy instead turned into the vinous underdog story of all time.

In 1984, after waiting out the rental contracts on his six hectares of vineyards, Arturo Pelizzati-Perego refounded the family winery under an acronym of his name, ARPEPE. Despite the change in name, Arturo never wavered from the cantina’s motto “Il giusto tempo del Nebbiolo,” or, “The right waiting time for Nebbiolo.” For Arturo, the more Nebbiolo aged, the better it was. This meant the 1984 vintage wines weren’t even released to the market until the 1990s, by which time not only had the family name run the risk of being forgotten, but fashion had changed: they were producing classically-styled, elegant wines during the explosion of the barrique!

These were not easy times, but “Arturo was the first to catch sight of a new dawn for the Valtellina,” Isabella Pelizzatti-Perego told me. Arturo’s devotion to his vineyards as well as his commitment to traditionally made wines was inextinguishable. He persisted, against all odds, and eventually was able to re-buy the last portion of the cellar he and his father had built in Grumello. Dug into the hill, with zero environmental impact, the winery encourages the perfect long aging of Nebbiolo that Arturo so prized.

Tragedy struck the family again in 2004 when Arturo lost his battle with cancer, but once again, the Pelizzatti-Perego family prevailed. Arturo’s three adult children were ready to seamlessly take the reins of the family business, and have kept the torch burning ever brighter since. Isabella, who joined her parents at ARPEPE in 2001, had already built an enviable professional experience in Valtellina as well as in Piedmont. Her brother Emanuele oversees the vineyards and cellar. Their brother Guido specializes in communications.

And so the story continues. Among the many accolades bestowed on this family’s wines, one is a particular point of pride: In 2018, Gambero Rosso’s Vini d’Italia awarded the honor of Best Italian Red Wine of the Year to ARPEPE’s Sassella Riserva Rocce Rosse 2007. A perfectly aged Nebbiolo, of course. 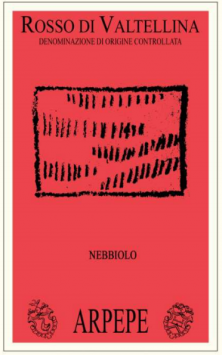 When Arturo first started producing wines again in 1984, he was making only riserva, which by law were released to the market only after six years of aging! With the challenging 2003 harvest, the estate decided to blend all of the fruit from their crus together into a single Rosso di Valtellina. This was a first, and the wine was an instant success.

Since then, they produce it almost every year with few exceptions. The vineyard source depends entirely on the vintage, but the estate hedges and declares that the fruit comes from their vineyards in Sassella and Grumello under 400 meters above sea level. 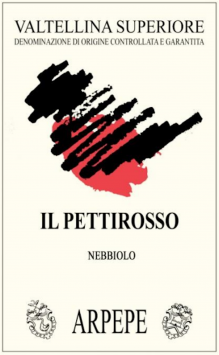 Pettirosso is the Italian name for the red-breasted robin, a bird common to the woods above the vineyards. The birds rarely enter the cellar, but in the late 1990s, one did, landing on a cask as if to warn the family about something. Tasting the wine from this barrel later, the family realized it was ready to be bottled, and didn’t need to age as a Riserva. That was the 1997 vintage, and Pettirosso was made again in 1999, but then not again until 2015. 2016 is the fourth ever vintage of this cuvee, which is a blend of the most prompt wines from vineyards in Sassella and Grumello above 400 meters.

“It marries the sweetness of Grumello with the minerality of Sassella,” says Isabella Pelizzatti-Perego. 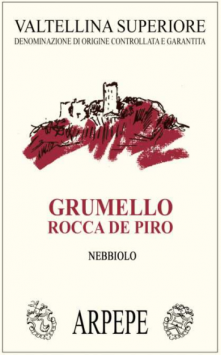 Rocca de Piro is the old name for the castle of Grumello, since the De Piro family owned the castle up to Medieval times. As its name implies, it comes entirely from the family holdings in the Grumello subzones, from the most ready to drink parcels of the Buon Consiglio and San Antonio vineyards. 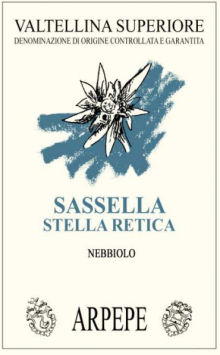 The stella alpina, or edelweiss in English, is a protected flower that grows only in the extreme environment of 1800-3000 meters above sea level, particularly in the Alps. It’s an important symbol to mountain enthusiasts that conjures the rugged beauty of alpine terrain. The adjective “retica” in Italian refers to the Retic Alps of the Valtellina—home to world class skiing and alpinism, but also to the special Alpine Nebbiolo of the Valtellina. The Stella Retica cuvee is entirely from the family holdings in the rocky Sassella subzone: Rocce Rosse, Nuova Regina (formely known as Vigna Regina), and Ultimi Raggi.

These wines from Ar.Pe.Pe. (an abbreviation of founder Arturo Pelizzatti Perego’s initials) are among the most impressive I tasted for this article.

From top to bottom, the wines are deserving of serious attention. The super-traditional style will leave lovers of translucent Nebbiolo weak at the knees. Ar.Pe.Pe. releases many of their top wines with a good bit of bottle age, which makes them terrific choices for readers looking for Nebbiolo with the nuances that can only develop over time.

Perhaps most importantly, Ar.Pe.Pe. shows just how pedigreed the wines of Valtellina can be.Antonio Galloni, Vinous 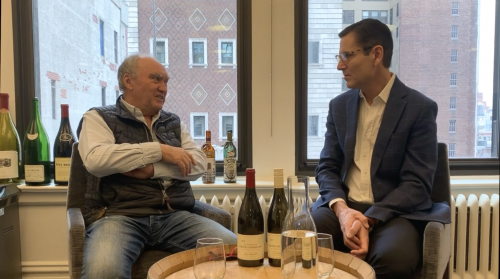 TERROIR TALK: Alain Graillot’s Beginnings, Philosophy, & Projects
It had been ten years since Alain Graillot had been to New York when I spent three days with him in early March, just before the pandemic; he was in town for our 2020 Grand Portfolio Tasting and 20th Anniversary...
Read More 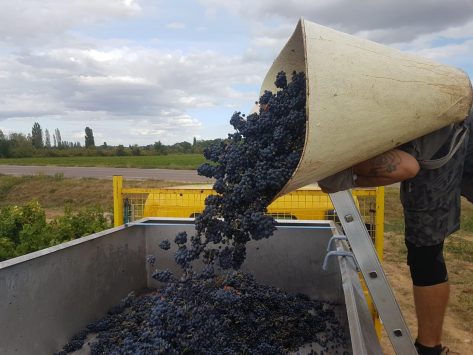