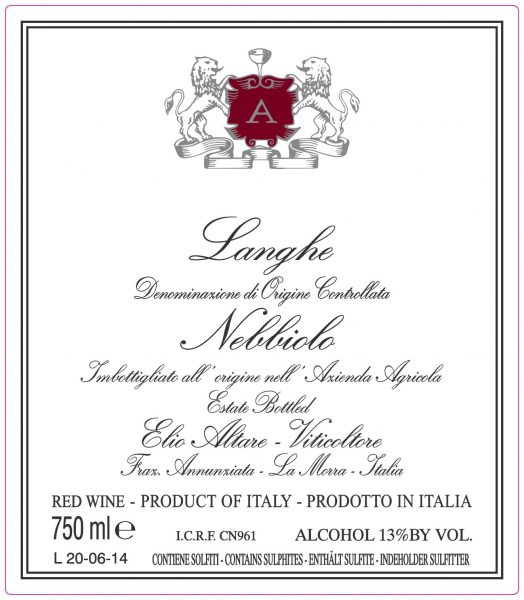 Since 2006 we heard whispers of a new Altare wine that remained super-top secret. Not that the family hasn’t had new projects: Cerretta, Cannubi, and Unoperuno are all relatively new wines compared to Barolo classico and Arborina. But this particular new wine was rumored to be on the value side of things, and from the most coveted variety that Altare cultivates: Nebbiolo.