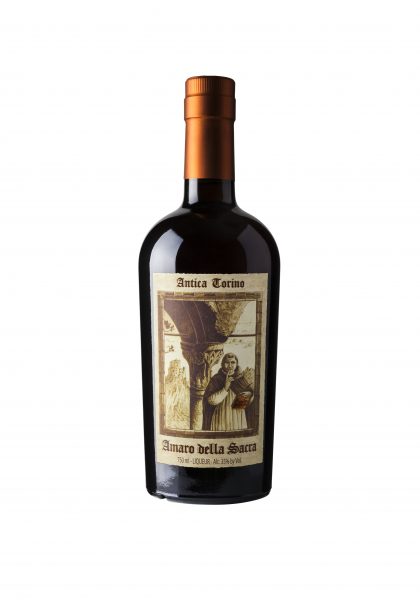 This approachable, middle weight amaro works beautifully as a digestivo sipped neat or on the rocks with a twist of lemon. It’s also a compelling cocktailing component, complementing berry and orchard fruit flavors and amplifying warming spices.

Amaro della Sacra is comprised of leaves, flowers, seeds, roots, resins, spices, and barks; some typical of the territory of Piedmont such as gentianella and hops, others more “exotic”, including the vanilla of Madagascar, the green cardamom of the Indies, the myrrh of the Middle East, and the chinchona bark of South America. The amaro is created by macerating the ingredients in grain alcohol and aging the mixture until all elements are well incorporated. This cinnamon-and-clove-forward amaro can be enjoyed after meals or mixed in cocktails. 35% ABV