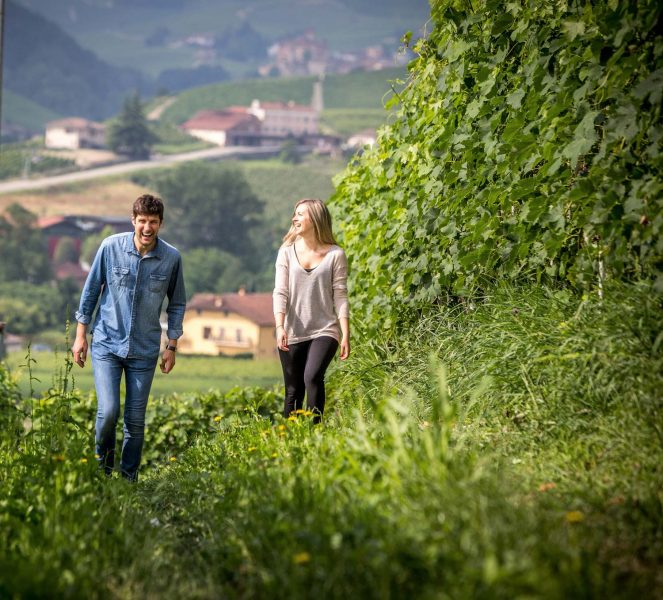 “The Mauro Molino winery is but one of the many very fine estates making, you guessed it, very fine wines in the Barolo denomination that does not get the attention and praise it deserves… The estate’s history started off with the 1982 vintage, the first one made by Mauro Molino himself, and today boasts eighteen hectares, roughly 50% of which are planted to Nebbiolo for Barolo production located in the heart of the La Morra township. The siblings are lucky to count on vines planted in some top La Morra crus such as Conca (dell’Annunziata) and Bricco Luciani.”- Ian D’Agata, Terroir Sense

On a visit to Piedmont in 2004, Matteo Molino stood out amongst our group of Langaroli – and not just for his exceptional height! His wines were great and well-priced. He was quick to understand both the potential and challenges of our market. And he spoke English very well, with a great passion for Nebbiolo – not just his own. In the next decade, he and his younger sister Martina would take over the reigns at their father’s estate, and guide it into the international spotlight by both making great wines and traveling to engage and charm international customers into Molino fans.

Mauro Molino, Matteo and Martina’s father, founded the estate. In 1973 Mauro graduated from enology school in Alba, and then followed that with five years of winemaking experience in Emilia Romagna. In 1979 after his father’s passing, he returned home to the family farm in La Morra and began consulting for local wineries while building up his own estate. 1982 was the first vintage from the famed family parcel in Conca dell’Annunziata, the conch-shaped parcel pictured above, and the rest is history. In 2003 Matteo joined the company and became a familiar face to our staff, and then in 2008, Matteo’s sister also joined the gang. Today they manage approximately 12 hectares of vineyards, 50% dedicated to Nebbiolo for Barolo, and the rest mostly Barbera, and Dolcetto. This estate practices sustainable viticulture.

Vineyard Management: Integrated insect and disease control is followed. Control treatments are carried out only when strictly necessary (an expert consults for the estate). Sulfur- and copper-based products are mainly used. A minimum number of insect-control treatments are applied and only with low-environmental-impact products. Natural cover crops (grass cover) are left in the rows between the vines. In autumn the soil on every other row between the vines is tilled. Only organic fertilizers are used. Very low doses of SO2 are added to the wines (the minimum to prevent oxidation)