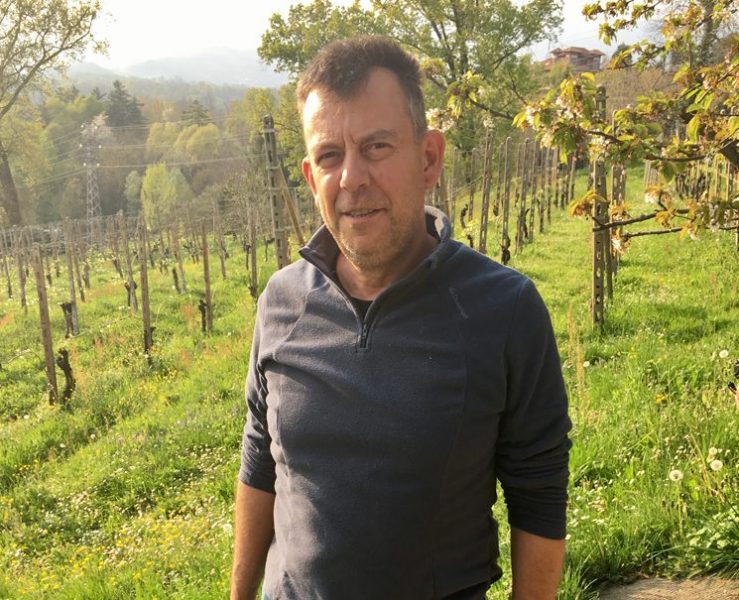 The Clerico family has worked the land in Lessona since the 1700s. In fact, the Clerico estate, under the direction of Sandrino Clerico (Massimo’s father), was one of the three original vineyards awarded the right to the Lessona appellation when it was first created in 1976. The Clerico family owns two hectares within the designated Lessona zone which, by the way, makes the Clerico azienda the third largest landholder in the appellation!

Massimo Clerico produces his wines exclusively from grapes grown in his own vineyards, most of which surround the family home and cantina on a hill overlooking the town of Lessona. The vineyards are situated at approximately 350 meters above sea level and the soil is predominantly an ancient marine sand of high acid that provides excellent drainage. The vineyards are divided into four separate parcels. The “Vigna Leria” is a parcel that sits on a steep slope immediately in front of the family home and the cellars. It is planted to a mix of Nebbiolo, Croatina and Vespolina. The “Vigna Gaja” has the oldest plantings (dating from 1970) and is devoted exclusively to Nebbiolo, all of which is destined to form the soul of the Lessona bottling. The “Vigneto del Putin” was planted to Nebbiolo in 1984. The best exposed grapes from this plot are used for the Lessona with the remainder becoming the Spanna Costa della Sesia. Finally, the newest vineyard with the youngest vines (planted in 2008) is the “Vigneto del Gorena”, again planted to Nebbiolo that, when the vines reach a proper age, will help to produce additional Spanna at the estate.

Harvest at the Clerico estate is manual and usually occurs during the second half of October. The cellars where the grapes are fermented and the wines produced date from 1740 and were rebuilt in 2004. The grapes are destemmed; there is a lengthy fermentation; then, the wines are aged in large and medium-sized barrels. The Lessona bottling must by law be aged for at least one year in wood and then another year in bottle before release but Massimo Clerico ages his Lessona frequently for three or more years before release. The Costa della Sesia and the Spanna are both aged for at least one year in barrel before bottling. Current production levels at the Clerico estate are in the neighborhood of 5000 bottles per year.