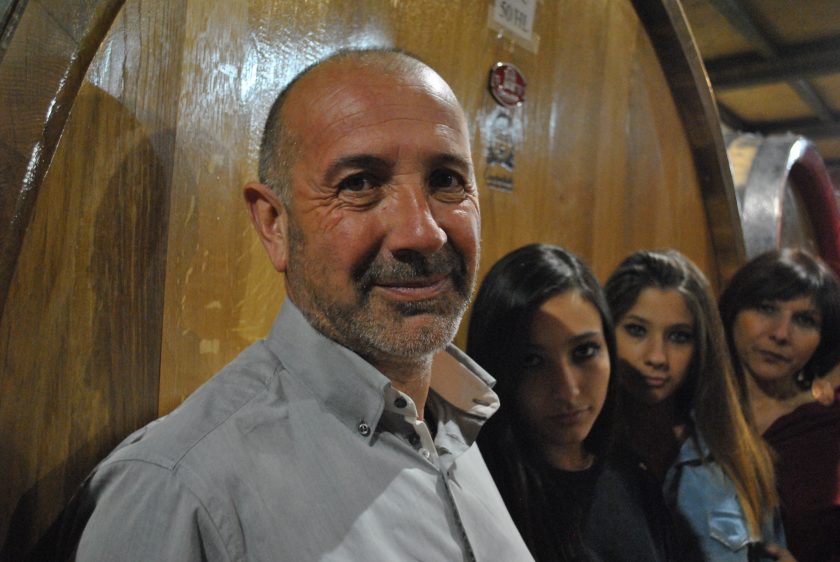 “Among my favorite Barolos are those from Giacomo Conterno, Bartolo Mascarello, Giacomo Fenocchio, Burlotto and Cavalotto….Claudio [Fenocchio] is a master at crafting classic Barolos that beautifully express their pedigree…his noninterventionalist approach in the cellars ensures that their individual terroirs shine through… From the terrace of his house and cellars on top of the hill overlooking his Bussia Sottana vineyards, Claudio demonstrates how small the entire Barolo growing zone really is: two hills over to the left of his Bussia vineyard is Cannubi, while on the right, the next hill over is Villero. “The altitudes for all are pretty much the same—300 meters for Bussia and Villero and 280 meters for our vineyards in Cannubi.” – Kerin O’Keefe, Barolo and Barbaresco

Five generations of Fenocchios have been producing wine from their holdings in Monforte d’Alba since 1894. Most of the production was sold locally up until 1964, when the ambitious and energetic Giacomo Fenocchio took over the estate. In his quest to make the finest wines in all of Barolo, he purchased prime parcels in Cannubi and nearby Castellero, but his focus was always on what he liked to call the heart of the Barolo area, the Bussia.

In April of 1989, Giacomo passed away, leaving his young son Claudio to take over all farming and winemaking duties for the estate. As Claudio explains it, it was a challenging time for Barolo. Many producers were pushing a “new way” to make Barolo, and having great commercial success; but Claudio never strayed from the path of tradition. He continued producing his wines with the time honored techniques of the classic style: organic farming, with long fermentations on the skins and aging only in large Slavonian oak casks. Today Claudio’s wines exhibit a level of terroir clarity that is only found in the top echelon of producers. If you’re looking for the next star winemaker in Italy, look no further. In October of 2014, The New York Times rated Fenocchio in second position in a tasting of 2010 Barolos – coming behind only Elio Altare and ahead of Elio Grasso, Massolino, and Vietti. Claudio now manages 14 hectares of vineyards in Barolo, Castiglione Falletto and of course, the Bussia of Monforte. Total average annual production is about 8,000 cases.

With prices that frankly do not come close to approximating the astronomical quality of the wines, it’s painfully obvious that Fenocchio should be on the radar of Barolo lovers everywhere.