There are many extremes in the Chianti Classico appellation—from the heights of Radda with its muscular and high-toned wines, to the warmth and lushness of Panzano and the Conca d’Oro—but in between these two extremes, in our opinion, lies a Goldilocks terroir, if you will. It’s the perfect spot for making honest, approachable, and representative Sangiovese: Castellina. And since 2007, Monica Raspi has been doing just this.

When her mother decided it was time to sell the 150-year-old family farm in Castellina, Monica gave up her career as a veterinarian to make wine. Taking over the family estate was a steep learning curve, but along with the moments of doubt came the happiness of connecting to nature and the pleasure of getting to know her plants and her terroir. Since converting in 2009, she has been a proud champion of organic viticulture and is a founding member and the president of the Organic District of Chianti.

Monica has assembled a crack team to assist her in vineyard and cantina. Ruggero Mazzili (who also collaborates with Fontodi, San Giusto, and Gaja) consults as agronomist, while Filippo Paoletti, Lisini winemaker for many years and a student of both Giulio Gambelli and Franco Bernabei assists with winemaking. Monica’s style reflects these influences: Organic farming is core to the estate, and the wines are aged exclusively in large cask.

…one of the best examples of enological craftsmanship in Castellina in Chianti, consistently proving to be among the most notable of the appellation in terms of coherence and quality.

This red is distinctive for its purity and charm. The supple texture and bright acidity usher the rose, cherry and raspberry flavors to a lingering conclusion. The firm structure lends support, ending with accents of earth and mineral. 92 points.

And Monica Larner of the Wine Advocate praised her Riserva 2016 with 93 points, noting that she would be

… adding it to my growing list of new discoveries to be made in Chianti Classico.

A recent tasting of Monica’s first harvest provided a great deal of confirmation that her decision to take over her family estate was the right one: The 2007 Chianti Classico Riserva showed the ripe fruit of its vintage, but its tannic structure and lively acidity gave it a stage on which it could still perform beautifully, fourteen years into its life. 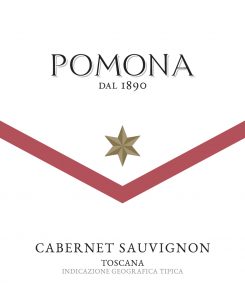 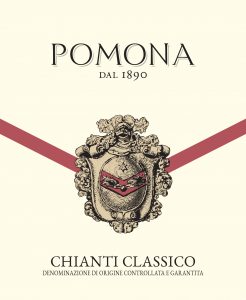 CERTIFIED ORGANIC since 2012 • 98% Sangiovese and 2% Colorino from Pomona’s Sant’Ilario and Vigna del Termine vineyards in Castellina in Chianti • 320-360 meters above sea level • Chalky marl soil with an abundance of small stones • 15-25 year old vines • Fermentation in temperature-controlled stainless steel with indigenous yeasts and maceration on the skins for 18-24 days • Malolactic fermentation in stainless steel • Aged 8 months in 7-20 hectoliter Slavonian casks, then refined for 3 months in bottle before release • 1600 cases produced on average annually

This red is distinctive for its purity and charm. The supple texture and bright acidity usher the rose, cherry and raspberry flavors to a lingering conclusion. The firm structure lends support, ending with accents of earth and mineral. Drink now through 2033. 1,600 cases made, 550 cases imported.92 Points,Wine Spectator 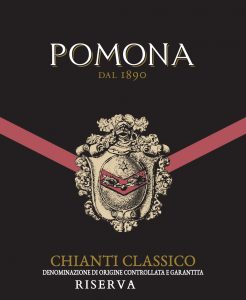 The Sangiovese for the 2016 Chianti Classico Riserva is sourced from her family’s organic vineyards. The wine opens to black cherry, blackberry and plum, with some mild spice and tobacco on the finish. You can count on the 2016 vintage to deliver linearity, purity and clarity, and this wine sure falls into all three categories. The tannins are polished and silky and will appeal to all of us who love these pure Tuscan flavors.93 Points, Wine Advocate

We are thrilled to welcome Monica Raspi and Pomona to all of our local markets across the US!


Earlier this month we hosted a celebration of all