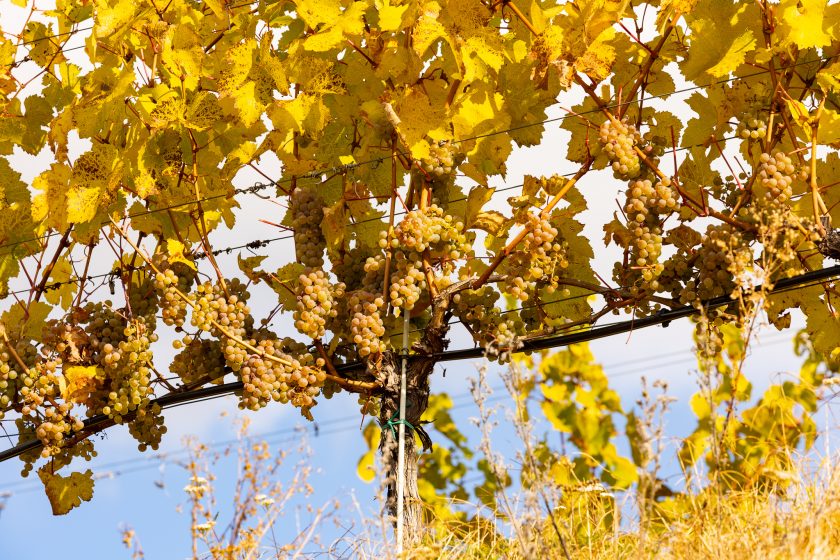 Above: Grapes during harvest at Schloss Gobelsburg in Kamptal, Austria.

This is an astonishing vintage. I have been doing this for more than 25 years and this is a vintage I have not seen before, with such a balance between sugar and acid.

A cold winter and spring followed by summer with adequate rainfall were followed by a long, dry, and picture-perfect harvest period. Growers didn’t need to rush the harvest but could wait for the perfect time to pick.

A TIMELINE OF THE VINTAGE

In a departure from recent vintages, 2021 started not with a bang, but with a chill. A relatively cold winter started with a bit more snow than normal in some areas, though overall precipitation was lower than average. These dry conditions and the relatively cold weather pattern held until Spring.

It was again a very relaxed winter, and a calm ‘corona’ spring, where we stayed at home and concentrated on our work. This allowed us to take time in pruning and spreading compost.Ludwig Hiedler Jr.

Budbreak was delayed until the end of April due to the cold and relatively dry conditions, a few weeks later than normal. This weather pattern continued through the springtime which led to later than normal flowering in mid-June. Then in June, the weather turned and temperatures rose, which sped up flowering.

A few growers have noted that the flowering period was more rapid than normal and worried a bit about uneven fruit-set. The hottest months were June and July, a different weather pattern than the previous year where late summer was the hottest period. Both July and August had quite a lot of rainfall, which brought relief after a very dry first half of the year. This was greatly needed; the replenishing water supply helped keep vineyards in balance.  Overall, the precipitation was about average for the past ten years and significantly lower than 2020.

Significant rainfalls in August created some work in the vineyards but it was the hailstorms in the Weinviertel and Wachau which caused damage for many growers:

Unfortunately, we got another hailstorm at the end of July, which was luckily a bit later than in 2020. This reduced the total amount of damage, which was influencing Riesling more than Grüner.

Despite the humid and warm late summer, conditions dried up towards the end of August and from September through the end of the harvest in late November.  The weather was picture perfect with warm days through September and increasingly cool nights which lasted through the entire Autumn period. This gentle end to the year allowed the grapes to reach their full potential, with excellent ripeness and acidity.

Harvest began late, much like in 2020, but it was worth the wait. Though the wines are still in their early days, the team at Bründlmayer noted that “Musts do not only reveal stupendous analytic parameters, they also taste incredibly fresh, pure, highly aromatic, and multi-layered while showing even more profoundness than the charming 2020s.”

In both Germany and Austria, the generalizations about the vintage made here overall should be taken into account. Each region had a slightly different set of weather patterns and adversities. We encourage you to view some of the vintage reports we recorded with the growers to give a more precise explanation of what happened in each region.

Again, we heard comparisons to cooler vintages, though growers were quick to point out that the overall ripeness was slightly higher, and acidity was quite a bit higher than 2020. 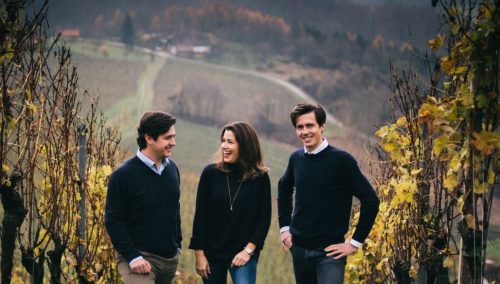 Limestone Pure: Introducing Domaine Ciringa
The wines of Domaine Ciringa are Sauvignon Blancs unlike any we have tasted; they are deep, resonant wines that somehow defy gravity. Armin is one of the most dynamic and driven winemakers we’ve spent time with and we are delighted...
Read More 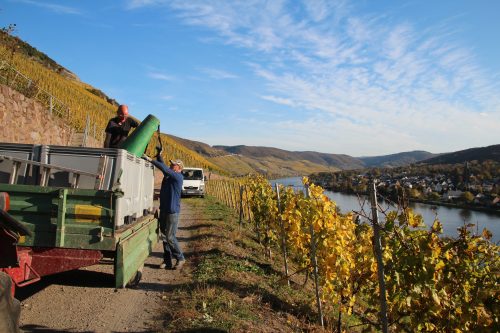 The 2021 Germany Vintage Report
Above: Harvest in Wehlen at Schloss Lieser. GERMANY 2021: A STRUCTURED, MODERN CLASSIC In talking with growers, the common refrain was that 2021 was one of the most challenging (and expensive!) growing seasons in recent memory. In the Nahe, Cornelius...
Read More