Home > Skurnik Unfiltered > Germany > Pfalz: The Wines of The Rhineland 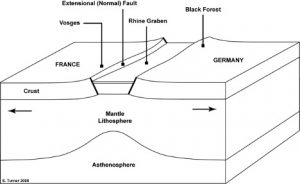 The Pfalz region is situated in the Rheingraben or Rhein Valley Rift, a unique area, created roughly 50 million years ago. Stretching from Basel, Switzerland to Frankfurt, Germany, this 220-mile-long valley was created by tectonic movement. Two continental plates collided; Africa pushed into Europe, forming the Alps to the south. This tectonic movement also stretched and pulled, creating a downfault or rift where the Rhine sits today. An uplift on either side of this valley became the Vosges and Haardt mountains on the western side and the Black Forrest on the eastern side. Between these two ranges, sits the Rhein valley, a warm, sheltered, and fertile area.

The important wine regions in the Rhein Valley are Alsace and Pfalz on the western side, and Baden and Hessische Bergstrasse on the eastern side. Both Alsace and the Pfalz are defined by the same range of mountains; it is only a political border between France and Germany (and a language) that separate the Vosges from the Haardt. Vineyards on both French and German sides of these mountains sit on eastern facing foothills. To the east, on the other side of the Rhein and the valley is Baden, whose vineyards sit on the west-facing foothills of the Black Forest.

Climactically, the biggest difference between the western and eastern sides of this valley is that the sun sets to the west, dipping behind the Haardt mountains, shading the vineyards in the Pfalz from the warmest late afternoon sun. This gives the region warm days and cooler afternoons and nights, allowing grapes to maintain acidity and develop aromatically. These are perfect climactic conditions for Riesling and the Pfalz has more Riesling planted than any other region in the world. On the other side of the Rhein, in Baden, the sun warms the eastern slopes with the strongest afternoon sun, creating perfect conditions for Burgundian varieties. The 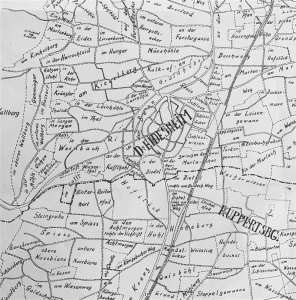 history of the Pfalz goes back more than two thousand years, to the time of the Romans, who brought not only the vine but also almonds trees, figs, chestnuts, and kiwis. The Palatinate, as it was known then, was called the “wine cellar of the Empire” as this area’s moderate climate was particularly suited to grape growing.

In the 19th and beginning of the 20th century, this region was called the Rheinland-Pfalz and was home to some of the most sought after and expensive wines in the world. A bottle of Forster Ungeheuer was used to celebrate the opening of the Suez Canal in 1869 and “Rheinwein” graced the best tables in the US and Europe.

In the 1930s, the “Deutsche Weinstrasse” or “German Wine Route” was built, running the entire length of the region, which can be further separated into three distinct sections:

The southern section, called the Südpfalz, is home to several famous villages, notably Sibeldingen, Burrweiler, and Birkweiler, where outstanding wines are produced from exceptional vineyards on the foothills of the Haardt mountains. The vineyards here have a variety of soils including fossil-bearing limestone, clay, loess, sandstone, and a small amount of slate soil.

Here we represent Theo Minges (in the village of Flemlingen, very close to Burrweiler) and Gregor Messmer (Burrweiler). The Südpfalz is a very quiet part of the region, less populated and touristy than the Mittelhaardt, stretching from Neustadt to Bad Dürkheim. 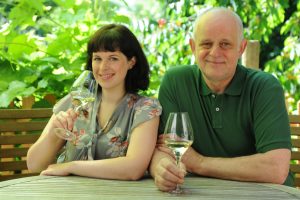 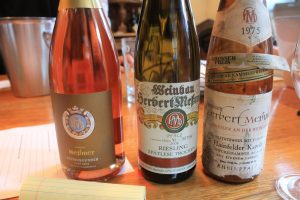 The Mittelhaardt is home to the most famous wine villages in the Pfalz – from south to north, the most important villages are Neustadt, Gimmeldingen, Haart, Deidesheim, Forst Wachenheim, and Bad Dürkheim, home to the largest wine festival in the world. The subsoil in this part of the Pfalz consists mainly of sandstone, with limestone and volcanic basalt inclusions. Topsoils vary and you’ll find sand loam, loess, and clay throughout this part of the Pfalz.

Each village in the Mittelhaardt has its own outstanding vineyards, but Forst is home to the most famous vineyards in the region. Forst is marked by volcanic basalt and limestone from a former coral reef, separating it geologically from its neighbors. Forster Pechstein, Jesuitengarten, Ungeheuer, and Freundstück are some of the most well-known vineyard sites, but Forster Kirchenstück is the smallest and the highest rated according to the vineyard classification. When Bavarian tax maps were drawn in 1828 Kirchenstück was the site to which all vineyards were compared, similar to Niederhäuser Hermanshöhle in the Nahe.

To the North, the Unterhaardt is less well known than the southern or middle sub-regions of the Pfalz. Most famous are the villages of Ungstein, just north of Bad Dürkheim and Kallstadt, the next village north. North of Kallstadt, the villages are not as historically significant as those in the middle and southern sections of the Pfalz, though there are new producers here who are working to shift the reputation of the Unterhaardt. Today, promising wines are being produced from villages like Laumersheim, Kindenheim, Grosskarlbach and Freinsheim.

While the Pfalz has a moderate climate by German standards, the wines vary in style and character. You’ll find great dry Rieslings from this region as well as those made in an off dry style. Pinot Blanc or Weissburgunder, Scheurebe, Muskateller, and outstanding Pinot Noir are also produced here. The very best wines from the Pfalz show depth and structure while remaining balanced, elegant and expressive.