It was the evening of Friday, May 27th, 2016, and for the 5th straight day, rain was pouring down on the vineyards of Burgundy. After a devastating frost in April that dropped the potential volume of the vintage by at least 50%, the remaining vines were now drowning. Cyprien Arlaud, of Domaine Arlaud in Morey St. Denis, and his team had been working tirelessly for weeks without break; backbreaking biodynamic work in the vineyards to keep what little fruit remained from completely succumbing to the punishing conditions. As Cyprien recalls, “I had never been more tired in my life. After the frost, the rain did not stop for over a month, and now we were killing ourselves to protect the tiny amount of fruit we had left. Biodynamics means we were in the vineyards constantly because the treatments do not stick to the vines in the way that conventional sprays do. I knew we needed to keep working to save the vintage, but at the same time, I couldn’t keep asking this much from my employees. So I told them simply ‘I know you are all tired and you’ve been working endlessly, so I understand if you want to go home to your families and take a break.’ There was no hesitation, they all looked at me and said they would stay and work with the biodynamic treatments for as long as it took. They all immediately turned around and quietly went back to their work. I was speechless, but in my heart, I knew there could be no other outcome. We are a team and these vines are our lives. Weeks went by without much change when miraculously, in the middle of June, the sun came out and didn’t go away for almost until harvest. Somehow, despite these challenges, we had a great vintage on our hands.”

Such was the story for many growers throughout Burgundy in 2016, when many around the region threw in the towel, losing their organic and biodynamic principles along the way. Cyprien and his team’s resolve ended up paying off, for somehow a lost vintage turned into one of the finest of the past decade. After the April frost and one and a half months of heavy rain and humidity, the cruel hand of nature mercifully relaxed its grip in June, providing pristine conditions for the rest of the vintage through until harvest. At the end of this year of extremes, the wines were simply gorgeous, with each terroir showing clear distinction. Neil Martin, one of the top writers on Burgundy, said of the vintage, “At times, the best 2016s stand shoulder to shoulder with the fêted 2015s, and in some cases, they surpass them.” Speaking of Arlaud specifically, Burgundy critic Allen Meadows proclaimed, “They’re fresh, aromatic, and impressively transparent as each terroir speaks clearly.”

When we met with Cyprien in early 2018, to taste the bottled 2016s, he told us 2016 was bittersweet for him. “On the one hand, I remember how stressful that entire year was and how painful each catastrophe that struck was. Yet now I taste such beautifully expressive and pure wines and I can’t believe it all happened in the same year. Let’s just say I would be happy to never see such a vintage again.”

Emerging from the most difficult vintage of his career, with a lineup of 2016s that rival any top producer in Burgundy, it is clear that Cyprien Arlaud is one of the Cotes de Nuits’ finest growers and winemakers. What we love most about his wines are their striking clarity and lift, for even in warm vintages, they are never over-extracted or overly ripe. They are wines of elegance and precision; wines for those who prefer Swan Lake to Wrestlemania.

For reference, here is a history of the domaine and Cyprien’s role in it.

The story of Domaine Arlaud begins like many of the world’s great stories do, with the love between a French man and a French woman. During World War II, Joseph Arlaud (originally from the Ardèche) met and fell in love with a Burgundian woman Renée Amiot. As luck would have it, her family just happened to own a few choice parcels of land in the Côtes de Nuits, including non-prestigious-at-all vineyards with the names “Clos St. Denis” and “Bonnes Mares”. Part of the couple’s wedding gifts included these grand parcels, paving the way for the founding of Domaine Arlaud. Joseph’s son, Hervé Arlaud, followed his father and took over the estate in 1982, expanding the domaine with purchases of prime vineyards in their home village of Morey St. Denis. Today, the star of the show is Hevré’s son Cyprien, who in the last ten years, has come into his own as one of the most exciting growers in all of France.

Cyprien Arlaud took the reins of the domaine in 2003 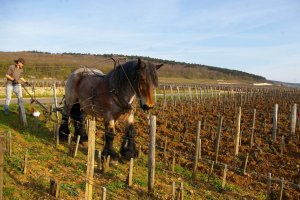 with the simple and unwavering vision of making benchmark Burgundy. He knew the only way to achieve this goal was to be forward thinking in the cellar, but more importantly in the vineyards. The same year he was put in charge, he converted the estate to biodynamics, achieving certification in 2014 (it is important to note that at the time, apart from a few high-profile names, biodynamic farming was not a common practice in Burgundy). At the same time, he also introduced the use of horses for ploughing the domaine vineyards. With top holdings in Morey St. Denis, Chambolle-Musigny, Gevrey-Chambertin, and Vosne-Romanée, he immediately saw the difference in the health of the vines between those that were horse ploughed and those that were ploughed by tractor. As Cyprien noted, “It’s hard to get good grapes from vines planted on a cement highway.” It was never a one-man show however, as Cyprien received a strong helping hand from his sister Bertille who was and still is one of the most important trainers of workhorses in all of France. With her two horses Nougat and Okapi, she ploughs every single vineyard herself, while also ploughing and training horses for many top estates across France.

In the cellar, intervention is kept to an absolute minimum. Under Cyprien’s stewardship, elegance has been the focus with lower levels of extraction and the reduction of new wood to zero on the Bourgogne level and 15-30% on the rest of the lineup. Partial whole cluster is only employed on the upper-level wines (maximum 30%), based on the nature of the vintage and the ripeness of the stems. Their cellar in Morey St. Denis is one of the coldest in the Côtes de Nuits, helping Cyprien maintain a slow and meticulous vinification, with minimal use of SO2 and no fining and filtration on any of the wines. Meeting Cyprien makes it clear how in touch he is with every meter of vines he farms. He is immensely talented, but also has an insatiable curiosity that allows him to constantly learn and get better. A truly scary proposition based on the quality of this domaine today. 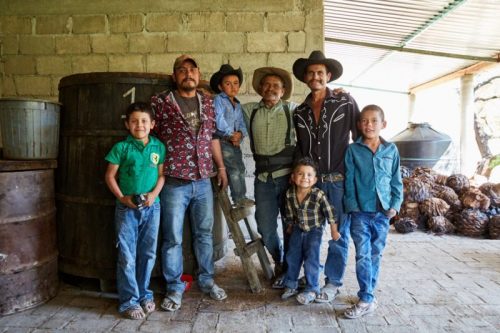 RESPECT TO THE MAESTROS: Agave, Community and Socioeconomics in Mezcal
We’re obsessed with mezcal these days.  (It seems like an awful lot of people are.) In our growing passion for the category, we’ve developed a love just as deep for the raw ingredient of the spirit: the agave plant. And...
Read More 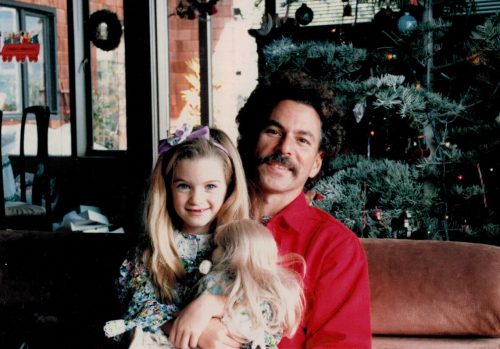 American Winemaker Video Series: David and Jasmine Hirsch
David Hirsch and his daughter Jasmine, are very close friends to the Skurnik family. We’ve worked with them ever since they started bottling a small quantity of wine from their exquisite vineyard on the “true” Sonoma Coast in the mid-90s....
Read More