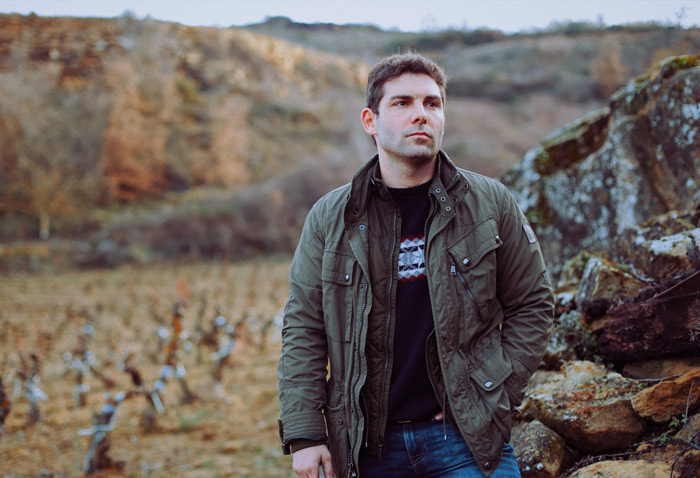 Diego Magaña is already one of the hottest names in the new generation of young Spanish winemakers, and as great as his wines are, he’s only just getting started.

Son of Juan Magaña, whose Viña Magaña estate in Navarra has achieved iconic status over the last four decades, Diego began working alongside his father at the family bodega in the mid-2000s, but in 2014, his love of the wines of Bierzo and his close friendship with Bierzo superstar Raúl Pérez inspired him to strike out on his own, producing tiny quantities of his own Bierzo-DO wines in a corner of Raúl’s bodega.

As a native of Navarra, though, and therefore a next-door neighbor to Rioja, he had long-cherished dreams of extending his own winemaking into that hallowed district as well. His family had always owned vines in Alfaro, the chief town of Rioja Baja (or Oriental), but Diego’s love had always been for the nervier, higher-altitude wines of the Alavesa district. It was initially difficult to find fruit there, but in 2016 his dream became reality when he acquired 2.5 hectares of beautiful old vines in the pure white limestone in the heart of the Alavesa. The name of the project: Anza, an homage to his mother, Esperanza (“Hope”) Tejero.

He has since expanded his Rioja holdings to a whopping 4.5 hectares spread among the Alavesa villages of Kripan, Elvillar, and the famed Laguardia. The tiny surface allows him a fastidious level of control over what he calls his ‘gardens’. These tiny plots of bushvines ranging from 30 to 90 years old (most over 50) are of course mostly Tempranillo, but are interspersed with Garnacha, Graciano, Mazuelo, Viura, and Malvasia Riojana. A portion of the surface– typically the oldest vines dedicated to the Especial bottling– is worked solely by horse traction.

Diego maintains that his goal is to produce the purest, highest-quality, and (most importantly for him) the most drinkable Rioja possible. To that end, he makes the wines in what he deems a ‘simple, non-technological’ way, although he cautions that ‘the only recipe is that there is no recipe’. Some fairly hard-and-fast rules emerge, such as the fact that the fruit is vinified parcel-by-parcel with indigenous yeasts in old open-top vats. Macerations are typically around three weeks, and he likes including whole bunches as the harvest permits. (In 2018, that rate was 50-100%, depending on the plot.) The fermented juice ages in used wooden vessels of 225 and 500L (as well as a single 4,000L tina) according to plot yield, with the final cuvées being blended right before the following harvest after a year (or slightly less) of aging.

These juicy, floral, and captivating wines place the boundlessly energetic and curious young Magaña straight into the top rank of the new Rioja idiom, one respectful of the great terroir and viticultural tradition of the region but unencumbered by the established ‘Crianza-Reserva-Gran Reserva’ hierarchy. It’s exciting to think that he has nowhere to go but up when he’s already operating at this level.

These 2018s are flat-out delicious. ‘This is probably my favorite of all the vintages I’ve made in Rioja so far’, says Diego. Slightly higher yields than normal were not a problem for his old vines; in fact, the larger but still reasonable fruit yield allowed low alcohols and bright balanced acidity even after a long, slow ripening until the middle of October, when Diego was able to pick under clear skies at the exact moment he wanted for every parcel.

Early October has been cold in Laguardia, so the natural-yeast fermentations are just now completing after a slow start. A constant of much of northern Spain in 2020 has been mildew, which Diego escaped almost entirely. Picking in and around rain showers from the last week of September through the first of October, he’s looking forward to exuberantly-fruited and aromatic wines with balanced acidity… check out his immaculately-tended ‘gardens’ in the slideshow! 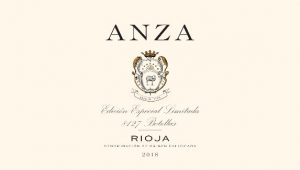 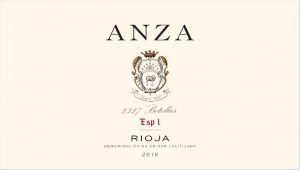