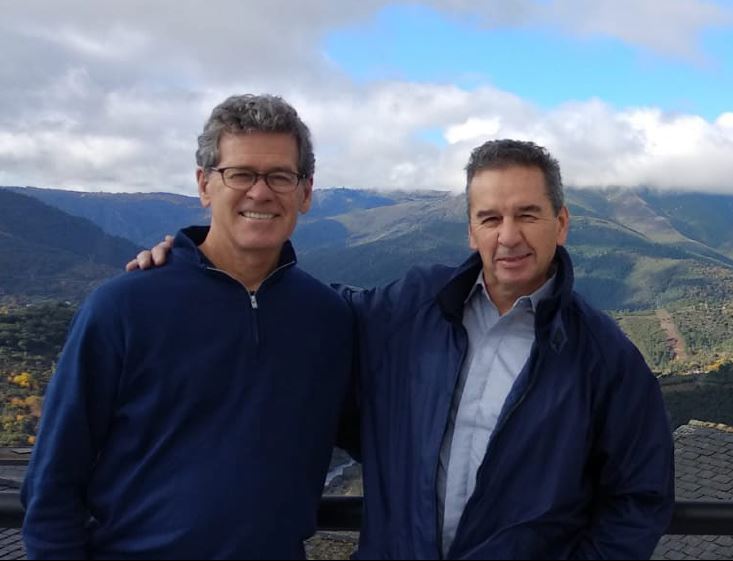 In 2014, acclaimed vintner Paul Hobbs was introduced to Antonio López, a Galician-American with family roots in the tiny village of Alvaredos (population: 13 families) in the Ribeira Sacra. His family had owned vineyards there since the late 1800s, and his grandfather had painstakingly planted a new one in 1968—a cherished childhood memory for López—but the new generation had since moved to the United States, and many parcels were becoming neglected or even sold off until the early 2000s when he began to reacquire and replant some of them while investing in restoring many old historic houses in the town itself.

The fortuitious meeting with Hobbs was all the encouragement either needed—soon, they were walking the vineyards and laying the groundwork for what would become Hobbs’ latest international project: Alvaredos-Hobbs. The combination of stunning sites (just over 5 hectares in total spread among 14 tiny parcels on steep slate and quartz slopes of up to 55% grade) with the winemaking know-how of local native Cecilia Fernández (who worked for nearly a decade at Rafael Palacios of Valdeorras, producer of some of the worlds most sought-after Godellos) has resulted in an inaugural 2018 Godello that is true to variety, landscape, and family. (And stay tuned for red in the future, as some of the vines include Mencía, Garnacha Tintorera, and Sousón…)

In keeping with López’s longstanding mission to revitalize the town of Alvaredos—one in which he has already personally invested—a portion of the proceeds from this project will also go to a local nonprofit whose mission is to combat the effects of rural depopulation both here and in other ‘disappearing villages’ of Galicia.

It has a varietal profile—after all, the label features the grape name and not the zone—and a balsamic nose with notes of white fruit and flowers with some herbs thrown in. It has integrated oak, and it is clean, fine and elegant, nicely crafted. Godello is more powerful and has less acidity than Alvariño, and the wines can be fuller and perhaps more austere.

The wine develops nicely in the glass, with the aromatics becoming more complex, with honeyed undertones, aromas of dried apricots and a lanolin-like waxy note, with subtle minerality on the palate. 9,840 bottles were filled in September 2019.92 Points, Luis Gutiérrez, Wine Advocate

A white with dried-pear and nougat aromas and flavors and just a hint of coconut. It’s medium-bodied with a fresh, steely finish. Refined and tight… 92 Points, James Suckling