The Bricco Voghera vineyard in Serralunga d’Alba is a punishing place to work in August. It faces full south, has a near vertical incline up 400 meters and can easily reach 100º in the summer months. In the spring of 2014, a season of unrelenting rain turned a challenging task into a near impossible one. The soil was so wet, and the conditions so poor, that many growers in the region decided to stop working altogether. After all, poor vintages were always the most expensive to produce– why not cut their losses and hope for better luck next year?

But Luigi Scavino didn’t quit. He worked harder, invested more and spent more time in his vineyards. And from 100-year-old vines, producing less than one fifth of the clusters of young ones, he dropped half of his precious fruit on the ground. In 2024, to much amazement, Luigi will release his 2014 Bricco Voghera Riserva. And he’s quite confident it will be extraordinary. So is Antonio Galloni, with 97+ points.

“My father is very stubborn,” Lorenzo Scavino says admiringly. Lorenzo, son of Luigi, son of Lorenzo, son of Alfonso, son of Lorenzo is a fifth-generation steward of Azelia in Castiglione Falletto. The release of their 2016 Barolos is not just an occasion to celebrate a legendary vintage from a top-tier producer. It heralds Azelia’s centenary, the encapsulation of one hundred years of steadfast care, of five faithful generations of farmers, each producing his own generation’s worth of vintages as testimony.

“This centennial really means everything to us for the history of our family,” Lorenzo explains. “We’ve had so many changes. When the winery was founded in 1920 Piemonte was an extremely poor region and being a farmer was considered an inferior job. Most growers were just selling grapes to cooperatives. Ours was one of the very first wineries in Barolo with the purpose of vinifying, to produce wine to sell directly to people.”

Perseverance is an immutable characteristic in this line of Scavino men. The elder Lorenzo’s vision was carried out by his son Alfonso, who bottled the family’s first wines in the early 1930s. His son Lorenzo, Luigi’s father, sought to showcase the beauty of Castiglione Falletto, producing a single vineyard bottling of Bricco Fiasco in 1978, among the first in the region. The pioneering Luigi was the first to look beyond Castiglione Falletto. A longtime lover of the wines of Serralunga, he bought land in San Rocco in the early 1990s, at a time when it was highly unusual to invest outside of one’s native commune.

Additional purchases soon followed, in Margheria, Bricco Voghera and the highly anticipated Cerretta, the first cru bottling of which was released this year. Why the 30-year wait? “We are terrible perfectionists,” Lorenzo says with a laugh. In the early 1990s when Luigi and his father decided to invest in Cerretta they were dissatisfied with the state of the vineyard – and set about replacing all 10,000 vines, root and branch.

Lorenzo’s excitement over its release is palpable:

It’s the most energetic Barolo that we have – there is an energy here in Cerretta, due to the microclimate and soil a mix of white clay and limestone. On one side the minerality, like Margheria, it’s almost salty in the mouth – but also possessing the ripe black fruits like in San Rocco. Cerretta really represents what is the history of our family – it means everything.Lorenzo Scavino

He has waited for this his entire life. 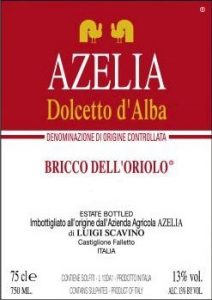 You will never find such a beautiful position for Dolcetto in the Barolo area. 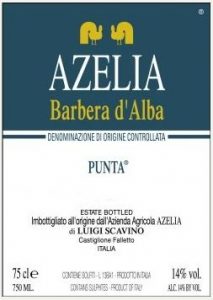 Our Barbera is a single vineyard wine – older vines and at the top of a hill facing full south – it’s like a Barolo position. And it’s in Castiglione Falletto, which is in the heart of Barolo. 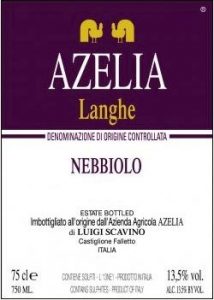 Langhe Nebbiolo is not a baby Barolo. It is a totally different wine. You have to have a different concept in the cellar. It has to start in the vineyard and the cellar as a Langhe Nebbiolo. We use only stainless steel, and short macerations. We want to preserve the freshness of the grapes and taste the Nebbiolo. 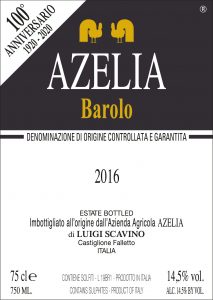 Here we get the freshness, aroma and approachability from Castiglione Falletto with the power, structure and minerality from Serralunga. In our Barolo Classico you can perceive all of that. 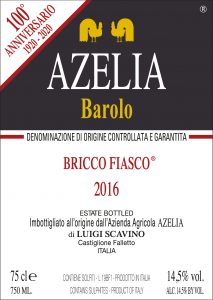 Bricco Fiasco is always our most generous Barolo on the nose – extremely aromatic, fresh, fruity and it has smoother tannins, which are typical of wines from Castiglione Falletto. 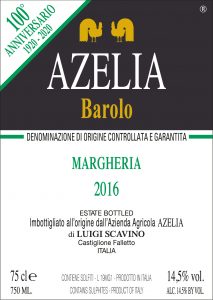 Our most mineral Barolo – very earthy. You can smell the Serralunga clay – and also it’s more powerful. 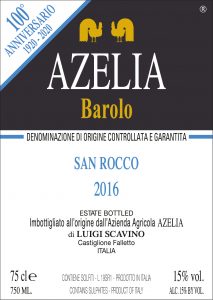 San Rocco is probably our most powerful and structured Barolo. It’s also our darkest Barolo, due to the almost 100% clay soil, which confers a deeper color and more tannin. 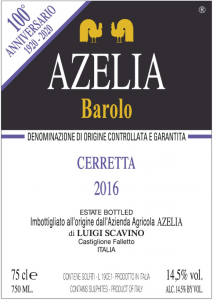 Cerretta is the most energetic Barolo that we have. It’s a unique microclimate. The soil is a mix of white clay and limestone. On one side you taste the minerality – like Margheria – almost salty in the mouth – but it also shows the ripe black fruits like San Rocco. 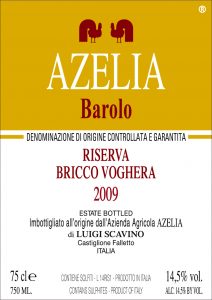 The oldest vines are 120 years old – among the oldest in the region – prephyloxera. They produce so little, just three to four clusters each – so there is an outstanding concentration.