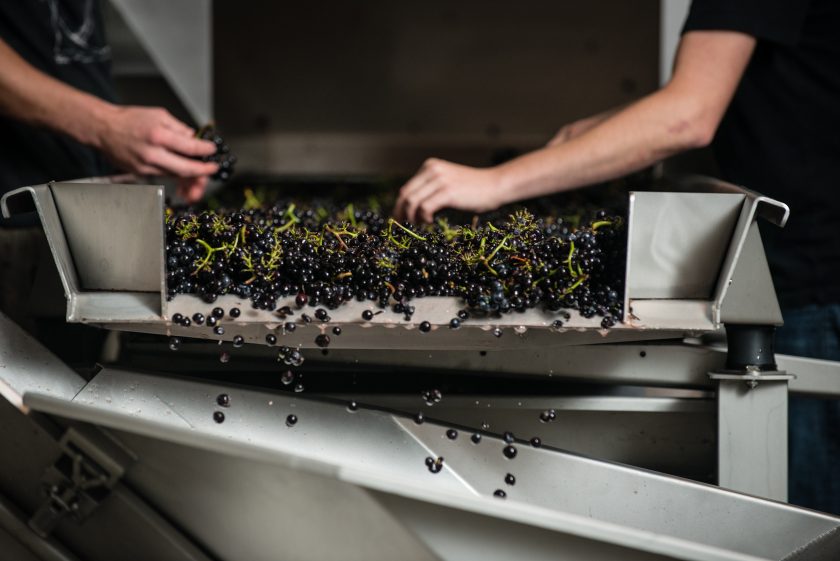 Few of California’s young winemakers possess the regional mastery that is illustrated by the work of Justin Willett, of Tyler winery. A son of Santa Barbara, Justin began Tyler in 2005 with eight barrels tucked away in the corner of Arcadian Winery, where he honed his approach to Chardonnay and Pinot Noir as assistant winemaker. Justin – a champion of old vines – has since engaged the famed historic vineyards of Santa Barbara, including the region-defining Sanford & Benedict, in the Sta. Rita Hills, and more recently, Bien Nacido, in the Santa Maria Valley. He is looking forward, too: just last year, Justin began planting a Sta. Rita Hills estate vineyard – a forty-five acre property, with some twenty-six acres of Chardonnay and Pinot Noir.

What’s more, his investigations of the vinous character of this region extend beyond his eponymous endeavor, as he works alongside other voices in wine – from near and far. Justin oversees the viticultural management of various vineyards, and collaborates particularly closely with the Wenzlau family, for whom he makes estate wines from their twelve-and-a-half acre Sta. Rita Hills vineyard. He is also the linchpin of a burgeoning cultural exchange, fostering a newfound enthusiasm for the region shared by French greats Étienne de Montille and Rodolphe Péters.

Here, in a winegrowing region defined by its transverse ranges and valleys, where hills glitter with marine sediment and harbor the ocean’s winds, Justin makes wines of clarity and poise. His wines lead with structure and persistence; they evoke confidence, focus, and vibrancy. Justin is the first to tell you that these are virtues of terroir: they are not created in the cellar, but drawn forth. And in this humility, you find he is first a student and steward of this singular swath of California. He speaks of his endeavors with a quiet authority, and he shares his ongoing and comprehensive study of the region with wide eyes and generosity.

The northernmost appellation in Santa Barbara County, the Santa Maria Valley was also the region’s first approved AVA, in 1981. Remarkable alongside the Sta. Rita Hills for its east-west disposition, Santa Maria is a funnel-shaped valley host to cool marine winds and sea fog that clings to the appellation’s lower vineyards into mid-day.

Justin primarily works with two vineyards in the appellation, Dierberg and Bien Nacido. Planted on a property originally included in a Spanish land grant of the early nineteenth century, Bien Nacido has stood as a benchmark California vineyard of Burgundy and Rhone varieties since 1969. The vineyard’s fruit has been given voice in iconic bottlings by Bob Lindquist, Jim Clendenen, and Randall Grahm. Today, Justin works with the property’s own-rooted Chardonnay and Pinot Noir planted in 1973 on elder series shaley loam. Of the three Pinot Noir blocks with which he works, he is particularly fond of the coveted N Block, which he bottles individually.

To the southwest, Dierberg sits thirteen miles from the Pacific, on a mesa above the south bank of the Santa Maria River. Jim and Mary Dierberg planted the property to twelve heritage clones of Pinot Noir in 1997. Chardonnay plantings were selected from cuttings of Wente and Clone 4. The majority of the property boasts light, powdery soils – largely sandy loam over sandstone – which Justin finds to be conducive to producing precise Chardonnays, driven by remarkable salinity. To the east of the vineyard, across a creek, lays Block 5 – the plot from which Justin produces a vineyard-designate Pinot Noir. Block 5 possesses more clay, and darker, redder soils, which sit atop gravel. This produces notably more structured wines than the remainder of the property’s Pinot. One particular Pinot Noir clone of note is Clone 31, a Champagne clone cultivated in Bouzy. Justin finds this fruit presents exotic spice and floral notes, while exhibiting higher acidity than its neighbors.

Previously explored on Skurnik Unfiltered with the help of our partners at Sandhi and Domaine de la Cote, the Sta. Rita Hills form a spine of hillside vineyards cradled between two low mountain ridges, once the ocean floor. A distinct and unfettered throat that flows east from the Pacific, the Sta. Rita Hills is first characterized by its ocean breezes and coastal fog. Whereas the eastern Santa Ynez Valley is largely composed of gravelly and clay loams, the vineyards of the Sta. Rita Hills, in the hillsides and alluvial basin, boast diverse deposits of marine sands and sediments, river wash, and alluvium. A relatively young transverse valley – formed 12 million years ago – the Sta. Rita Hills were first planted to Pinot Noir in 1971, by Richard Sanford and Michael Benedict.

Justin works with a selection of these original, own-rooted plantings at Sanford & Benedict, fifty-three acres of which still exist. The original 9,000 vines were selections from Martin Ray’s Mountain Eden, sourced from Karl Wente. Adjacent to the west lies La Rinconada, planted in 1997 to twelve clones of Pinot Noir and Chardonnay, and further west still is La Encantada, planted by Richard Sanford in 2000, and the first certified organic vineyard in Santa Barbara County.

Justin also engages the northern corridor of the appellation. In addition to his forthcoming estate vineyard, Justin works with the fruit of Zotovich, which was originally planted to Italian varieties in the mid-nineties. Current proprietor Steve Zotovich grafted the vineyard over to Pinot Noir, Chardonnay, Syrah, and Viognier upon purchasing it in 2004. Zotovich largely sits on sand – and Justin teases that his French counterparts were particularly surprised to find Chardonnay could grow on these meager soils.

All grapes – both Pinot Noir and Chardonnay – are handpicked at night, before being further sorted by hand at the winery. Pinot Noir is first evaluated for stem-inclusion: whole-cluster fermentation, typically around one-third, is primarily implemented in the Sta. Rita Hills. Justin finds the underlying savoriness of the Santa Maria Valley’s fruit – and its thicker stems – are not as conducive to whole-cluster fermentation as the smaller berries with thicker skins in the Sta. Rita Hills.

The cold fruit is then soaked for three to five days, until a native yeast fermentation begins. Both punch-downs and pump-overs are implemented; maceration often lasts some two weeks before the wine is pressed to tank and then barrel for elevage. The use of new oak varies by vineyard, vine age, and vintage, however most barrels used are neutral. After a year in barrel, the wine is racked, blended, and returned to barrel before being bottled unfined and unfiltered.

Chardonnay is pressed whole cluster, and the juice is exposed to oxygen as it settles overnight. It is racked to another tank to begin its native fermentation as it’s cooled to cellar temperature. It is then transferred to barrique and puncheon to complete fermentation, where it is raised on its lees – without stirring – for ten months. Finally, the Chardonnays are racked to tank for three or four months prior to bottling. 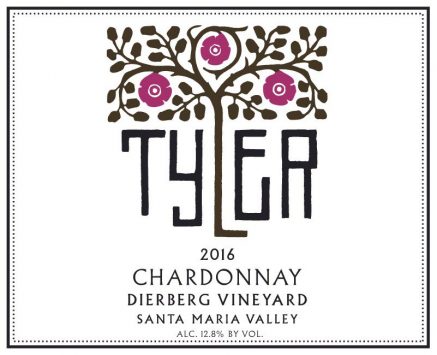 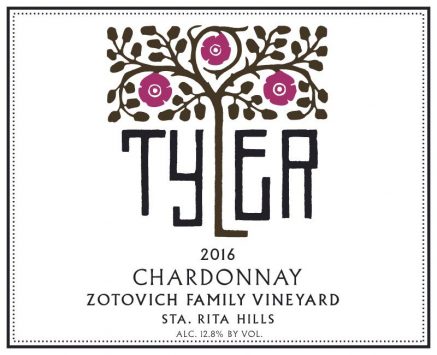 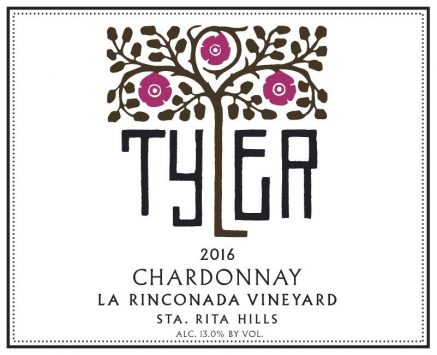 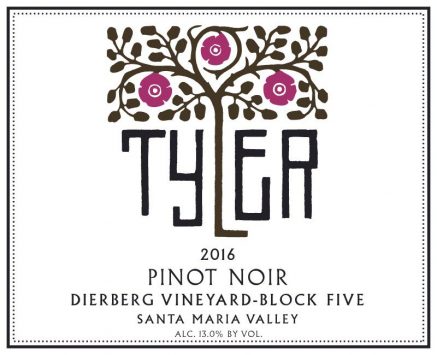 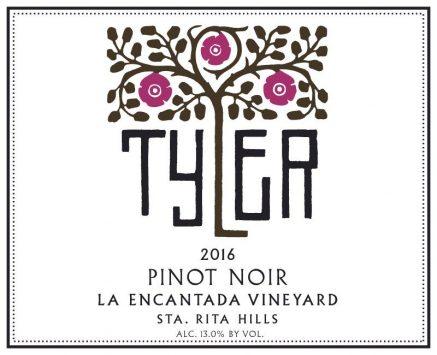 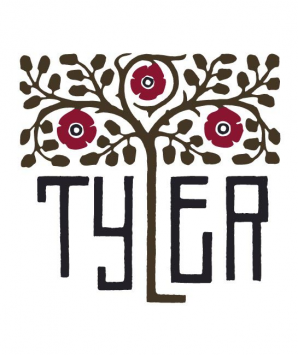 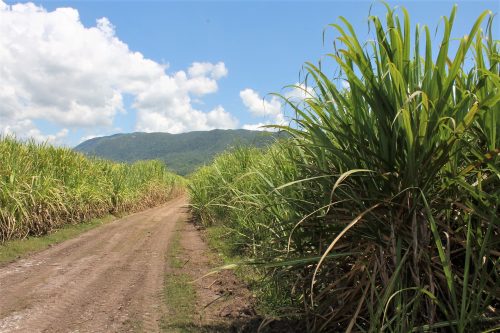 TOP RANKING: A Deeper Dive into the Magic of True Jamaican Rum
When we talk about RUM (or RHUM, or RON), it’s generally accepted that there are three broad categories to consider, delineated by the colonial power that once dominated the place where the liquor was produced: French styles of Rhum, Spanish...
Read More 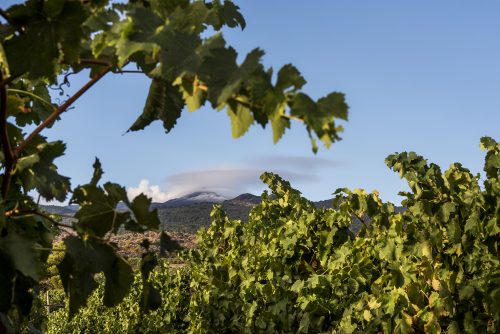 Famiglia Statella on Mount Etna: “A Star is Born”!
It’s with these words “A star is born” that Vinous has blessed the very first vintage of Calogero Statella’s very own estate, Famiglia Statella. It’s a very enthusiastic confirmation of everything we already thought about Cal, as he is known...
Read More