In the early 1940s Fred and Eleanor McCrea travelled from San Francisco to Napa Valley seeking a family getaway in the mountains for Eleanor and their two young children. On one such visit, they travelled a narrow and winding dirt road up Spring Mountain to a property that ranged from 800 to 1,550 feet in elevation. Perched high over the northern part of the valley, the McCrea family built a home and planted Chardonnay, simply because they loved White Burgundy. While they would have planted the entire vineyard to Chardonnay, viticulture advisers at the University of California recommended they diversify their vineyard. In 1948 they planted Chardonnay, Riesling, and a small amount of Semillon. Some years later they would add a small field of Gewürztraminer.

Stony Hill Vineyard was founded with its first harvest in 1952. By 1954, every bottle Fred and Eleanor made was snatched up by a very loyal mailing list for family and friends. Napa Valley was emerging from post-prohibition America, and wine was now intrinsic to fine dinners and special occasions throughout the United States. The lean, bright, and age-worthy wines of Stony Hill honored the great wines of the Old World, and were recognized as such from the very first vintage.

The mineral-laden wines of Stony Hill are a credit to the volcanic mountain soils layered on limestone, the parent rock deep beneath the surface. The vineyards have been dry-farmed for over 65 years and a walk through the gnarled vines – planted in the 40s and 50s, surrounded by the rising firs that define the rugged Spring Mountain terrain – is a journey through time. The decades of dedication to dry-farming have forced the vines deep into the soils to deliver the signature elegant, austere style of Stony Hill wines. The high elevation, cool evenings, and morning light ripen the grapes evenly throughout the growing season, while winemaker Mike Chelini waits for the moment when the PH rises and the acids begin to drop.

As you near the top of the now-paved winding road you’ll pass Mike Chelini’s home. Only the second winemaker at Stony Hill, Mike has lived on the vineyard and tended to its vines since 1971. The winery remains relatively unchanged since Fred first made wine there in 1950. So too has the winemaking. The most recent upgrade came with the delivery of a new press in the 1980s. Malolactic fermentation is blocked and the wines are barreled down in neutral oak, laid to rest on the cool cellar floor, or on the original wood racks lining the winery walls. Mike’s continued commitment to making the wines with a nod to the great wines of the Old World is evident in the indelible, authentic sense of place found in every glass. The wines are bottle-aged for several years before release; their current release of Chardonnay is 2012.

Stony Hill Vineyard produces four primary wines: Chardonnay, Riesling, Gewurztraminer and now Cabernet Sauvignon. In 2004, Mike and the McCreas replanted 5 acres of the Top Block, located at 1,550 feet, to Cabernet Sauvignon. Mike makes the Cabernet with the same minimalist winemaking technique as the Chardonnay, and has gained attention for its elegant, structured style, which promises long aging potential – maybe even longer that the historic Chardonnays synonymous with the vineyard. In just a few vintages, sommeliers and collectors have recognized the Cabernet for its distinctive character among the many Napa Valley Cabernets.

Today, Stony Hill Vineyard is run by Sarah McCrea, the granddaughter of Fred and Eleanor McCrea. Sarah’s office sits steps from Eleanor’s dining room where she once entertained visitors with the purpose of selling them a few bottles of Chardonnay. Year after year, decade after decade, Stony Hill wines have stood the test of time and changing palates to remain one of the most respected wineries in the valley. Under the current generation’s stewardship and guidance, Stony Hill Vineyard’s future is every bit as bright as its past. 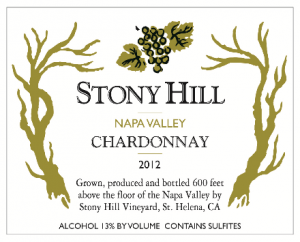 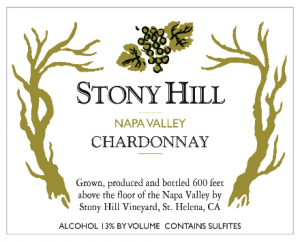 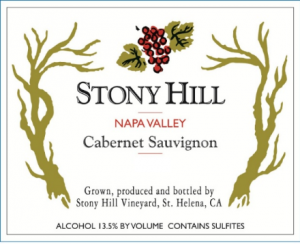 
A scene from our latest visit to Hanzell, where we


A scene from our latest visit to Hanzell, where we