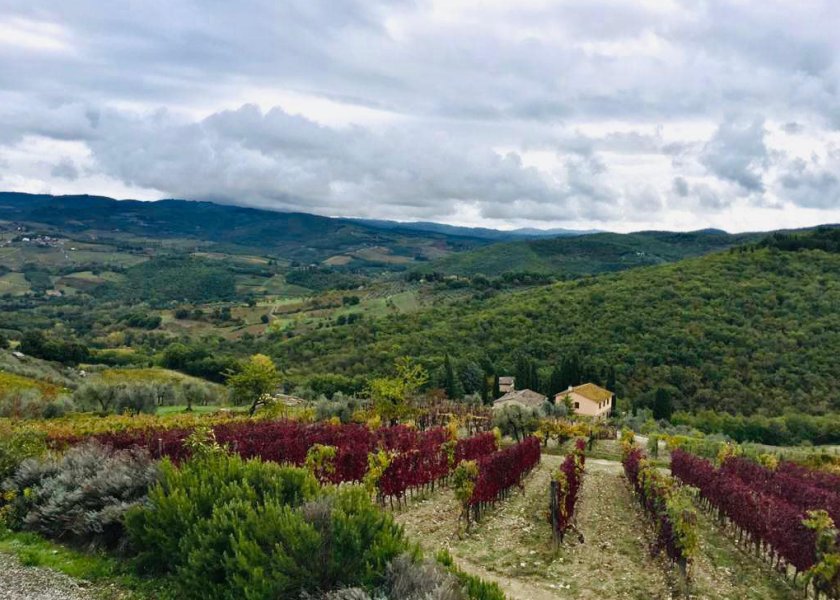 An aura of mystery surrounds Bucciarelli: We found the wines deeply transporting and utterly transfixing. Enticed again and again for another taste, their aromatics beguiled us as layers of complexity enveloped our palates and left us thinking that Michelangelo had made a great investment indeed!

The year is 1549. The famous artist, Michelangelo Buonarroti has once again been commissioned by the Vatican to paint two large frescoes. While residing in Florence, Michelangelo decides to purchase a farm and vineyard in the hillsides of Castellina in Chianti, thirsty for the wine of the region. In a note to his nephew, the artist wrote, “Regarding the Chianti estate, I say that I like to buy more quickly than to keep money…because this is a good land…” A mere 2 years later, barrels of the “red wine” of Podere Casanova, or “New House,” begin shipping directly to Michelangelo at his Florence estate.

Over the next 314 years, the Casanova farm would stay in the hands of generation after generation of the Buonarroti family, a sign that this was very good land indeed.

FROM BUONARROTI TO BUCCIARELLI

Following the sale of Podere Casanova after hundreds of years under Buonarroti ownership, the property would eventually turn over to a crew of mezzadri, or sharecroppers. Beginning in 1926, this motley crew included the Bucciarelli family, who would go on to farm Podere Casanova as mezzadri for 56 years. Finally, in 1982, the family dream of purchasing the lands they so lovingly tended for so long came true, and the Bucciarelli estate was born. This was no small feat, to be certain. In fact, Massimo Bucciarelli says, “in the whole area it is the only family of sharecroppers to own, work, and still live in the old farm of origin.” Just six years after their purchase the first bottle of Bucciarelli Chianti Classico Riserva was released. 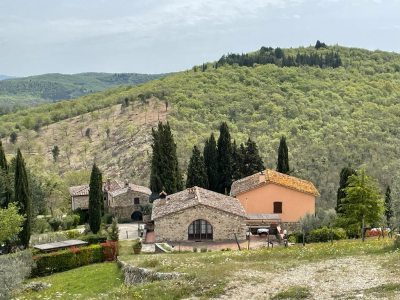 Dino was the first of the Bucciarelli’s to work the vines, olive trees, fruit, and stones, and the birth of his son Ezio ushered in the new generation. By the time Ezio became a prominent member of the sharecropping crew, the estate was selling their wine in bulk, despite the excellent conditions afforded to their Castellina fruit, all positioned at 400 – 500 meters above sea level and planted to Chianti Classico’s famous galestro-dominant soils.

Once under their ownership, Ezio began steering their newly acquired estate towards high quality, though it was his son, Massimo, who in 2002, “started doing the serious stuff,” beginning with the vineyards. Massimo immediately began conversion of the lands to organic, having just come off a fourteen-year stint working under Castello dei Rampolla. Not settling for anything less than the absolute best for his family’s land, Massimo went as far as binding and training the vines with ties made from willow tree branches to avoid any use of foreign objects like plastic in the vineyard. All work is done by hand, as it has been for at least 120 years. This includes all twenty hectares of land, the boundaries of which have remained unchanged since Michelangelo’s purchase in the 1500’s.

Massimo dedicated himself to the classical style that had preceded him. Having renovated and revitalized the estate buildings and surrounding vineyards, some may take to task a flashier style. But not Massimo, who works to elevate the history of the estate. And so, tradition lives on. What this means to Massimo and his brother Riccardo, is long, spontaneous fermentations of 100% Sangiovese in cement, followed by extended aging of two years for their Chianti Classico and four for the Riserva, all in a combination of Slavonian oak as well as 60-year-old Tuscan Oak casks, further embracing and expressing the pure terroir of their region. This approach allows the wine’s perfumes to leap from the glass with an unmistakably Tuscan bouquet, followed by a texture that showcases the power of this high-elevation site.

With the estate now overseen by the perfectionist Massimo, their family wines are only made in the best years. If ever Massimo deems a vintage not up to snuff, they dig up their old contacts and sell the wine off in bulk. This means that with every bottle of Bucciarelli Chianti Classico or Chianti Classico Riserva, you get not only a taste of history but also the very highest quality afforded to their precious hilltop in the heart of Castellina in Chianti. 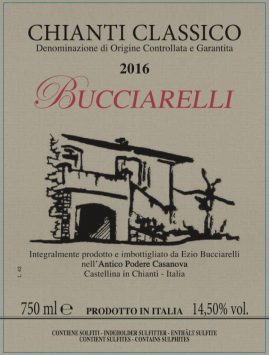 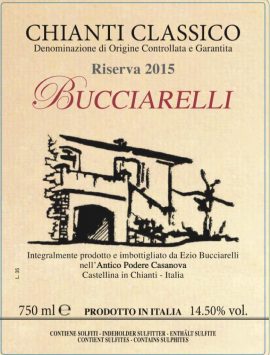 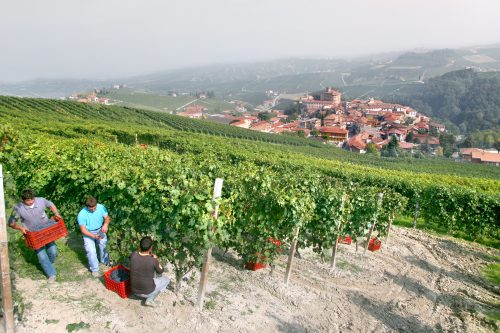 Piedmont Harvest Report: A Return to the Classics
Every year many wine-lovers eagerly await the release of the current Piedmont vintage. The 2018 Barolos and 2019 Barbarescos are out and we’re here to tell you everything you need to know! Days of Tar & Roses While Barolo and...
Read More 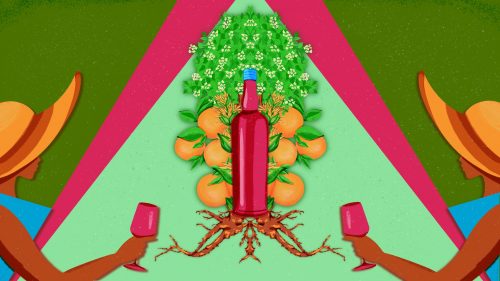 Tracing the “Roots” of the Red Bitter
It’s no secret that the sub-category of ruby-hued, Italian aperitivi known as Red Bitters is adored by day-drinkers and bartenders alike. Though we may never know the exact recipes of many red bitters, our own appreciation and creativity may be...
Read More