Among the 10 crus of that represent the highest tier of quality in Beaujolais, the pink granite-laden Fleurie is the one that most consistently delivers grace and beauty. Vines have been planted in Fleurie since the early Middle Ages by Benedectine monks and despite its evocative name, the village was actually named after the Roman general Floricum. Since gaining appellation status in 1930, it has earned a reputation for being home to some of the world’s silkiest Gamay. Its signature soft tannins and bright florality can be attributed to the shielding of the vineyards from cold northwesterly weather systems by the Avenas, Durbize and Labourons ranges. The abundant sunshine in the village is countered by the cooling influences of the Mediterranean, ensuring a slow and balanced ripening. The famed pink granite makes up a majority of the soils in Fleurie, with a variety of textures resulting in different styles of wine depending on where the vines are found. On the higher slopes, the soils are coarse and dry, yielding wines with an immediate delicacy. Further down the slopes, the soils are more clay heavy and the wines tend to be more structured and denser. Growers who have excelled at displaying Fleurie’s more delicate side are the famed Graillot brothers of Domaine de Fa and the young Mathieu Melinand of Domaine des Marrans. 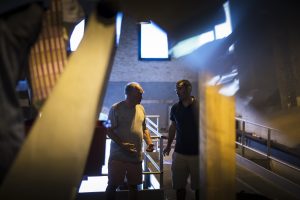 Few names are as revered in the world of wine as the name Graillot. It was in 1985 that Alain Graillot, who after working with Jacques Seysses at Domaine Dujac, came back to his home in Crozes-Hermitage to start his eponymous domaine. The wines immediately took the world by storm and with every successive year, his dedication to making hauntingly pure Syrah has been rewarded with an ever-growing and highly dedicated following. Alain’s son Maxime trained under his father from a young age and since 2008 has been instrumental in helping continue the excellence of Domaine Alain Graillot, all while launching and running his own domaine in Crozes-Hermitage, Equis.

Maxime and his brother Antoine (also long part of the family business) have always had a deep love for the rolling hills of Beaujolais. Since a very young age, the brothers spent most summers in the family’s summer home in the village of Faye (also known as “Fa”), just outside the town of Tournus. The many years of visiting this rustic cottage and touring the vineyards of Beaujolais planted a seed of love that would blossom to a shared dream between the brothers: making their own Gamay from these granite hillsides. 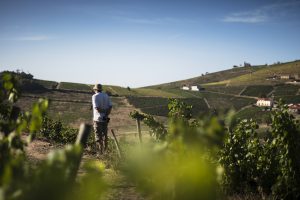 After years of searching in vain for the right vineyards for their domaine, they struck gold in 2013 when presented with an opportunity to purchase three organically farmed prime parcels in Beaujolais; 3 hectares of Roche Guillon, a west-facing plot grown on Fleurie’s famed pink granite, at the one of the highest altitudes in the region; a hectare of Saint-Amour’s finest terroir, Côtes de Besset; and 4 hectares of En Besset, a plot that is contiguous with Côtes de Besset, classified as Beaujolais due to its northern exposure. And, just like that, Domaine de Fa was born. 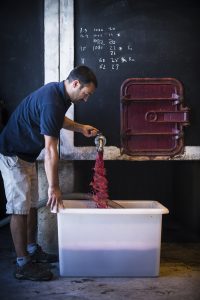 With the vines purchased, Maxime and Antoine converted their old summer cottage into a fully gravity-fed micro-winery and changed the farming practices to biodynamics. The stage was set for a launch of the Beaujolais “En Besset” with the 2014 vintage, and the Fleurie and Saint-Amour with the 2015 vintage. With the help of Alain, who came out of retirement to support his sons’ new endeavor, the Graillot family produced some of the most compelling high-altitude Gamay the region had seen in years. Their plan from the beginning was to project – and not obfuscate – the exceptional terroir of Roche Gullon and En Besset. To achieve this, the wines were vinified in concrete with whole bunches, semi-carbonically, using indigenous yeasts. Élevage was done in large old foudre for 10-12 months and the wines were bottled unfined and unfiltered. With the first few vintages under their belts, the brothers have fallen into a groove, creating masterpieces of the kind of Gamay we so desperately want and so rarely find. They are wines that put a smile on your face in a way that only this family seem to be capable of; with an undeniable core of nobility, signifying their status as some of the world’s finest. They are, simply and emphatically, Graillot. 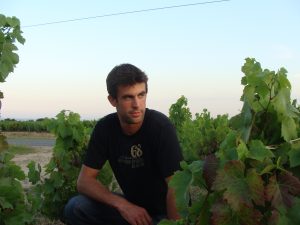 Domaine des Marrans is a small property found in the heart of the pink granite wonderland of Fleurie. The domaine was founded in 1970 by Jean-Jacques Melinand, who after purchasing a 4-hectare plot of Côtes de Pavillion built a small winery at the base of this famed slope. After purchasing more old-vine parcels around the lieu-dit of Les Marrans, he moved the domaine into a larger cellar that bordered the vineyard. With a new home and new old-vine parcels to use as his playground, Jean-Jacques changed the name of the winery to Domaine des Marrans. After leading the property for 30+ years, Jean-Jacques retired from winemaking, allowing his son Mathieu to take the reins in 2008. The changeover proved to be a momentous turning point for this quiet domaine, as the wines that Mathieu produced arrived with a loud bang. 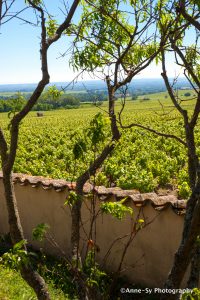 With an array of old vines found in some of Fleurie’s top sites, Mathieu has an arsenal at his disposal that many in Beaujolais can only dream of. From the beginning, he has worked organically, allowing these crystalline granite sites to express themselves fully. He harvests his exceptionally farmed Gamay exclusively by hand, using small crates to minimize oxidation. In the cellar, vinification is very traditional with semi-carbonic maceration, using 100% whole clusters. Extraction is kept to an absolute minimum and the wines are aged in large older barrels for 10-12 months before being bottled unfined and unfiltered. Mathieu’s wines have gained a following for their remarkably pure and fresh style, with a grain and spice that underlines how he has vaulted this domaine into the upper echelons of the Beaujolais elite. His wines display their terroir with clear definition and racy florality, clearly indicating that Fleurie (and Beaujolais at large) has found an absolute superstar in its midst. 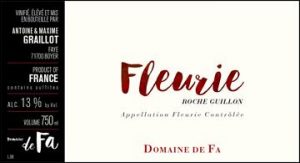 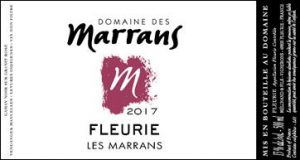 
The team at JAX is innovative, agile, and perhaps


The team at JAX is innovative, agile, and perhaps