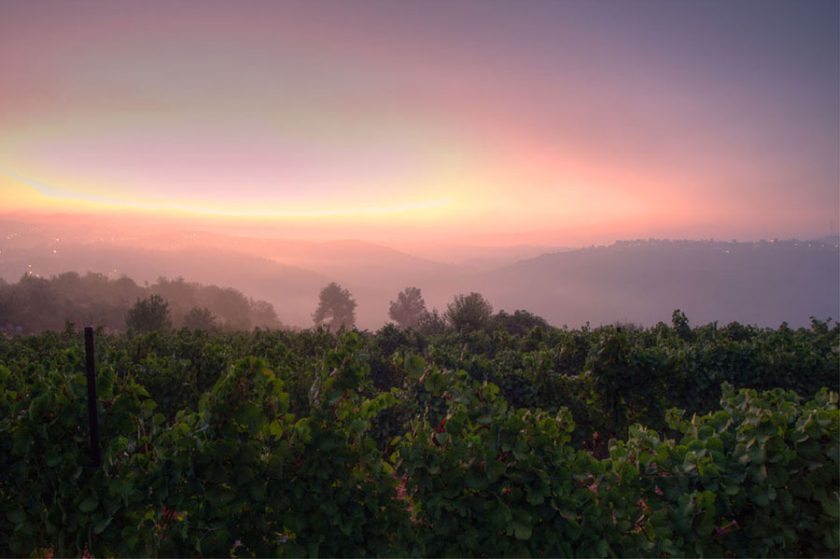 “Driving through Israel’s Judean Hills is a bit like driving through Tuscany or Napa. Vines line the hills on each side of the winding road, and wineries are set among the forested rolling landscape, spotted with wildflowers. Just 25 miles from the Mediterranean Sea, the Judean Hills has a more moderate Mediterranean climate than that of northern Israel, remaining green even in the heat of the summer. With a winemaking history that goes back 5,000 years, the Judean Hills is undergoing a revitalization.” –Wine Spectator

Led by passionate winemaker Eran Pick, Tzora Vineyards is at the forefront of the burgeoning Israeli wine scene centered in the Judean Hills. Eran is a winemaker to get excited about. Today, most Israeli winemakers have a scientific background and international experience before starting to work as full-time winemakers, and Eran has wine knowledge in spades. He graduated with honor from the University of California, Davis in 2006 with a degree in Viticulture and Enology where he studied with some of the more renowned winemakers in California today, and then spent some time in the California wine country. The California sensibilities learned at Davis combine nicely with the huge accolade that Eran received recently, when he became the first ever Israeli Master of Wine. The MW gives him knowledge of the wine world, styles, and trends as well as a super-focused tasting ability. About his background, Eran says, “both qualifications (MW and B.S. from UC-Davis) are helpful in being a good winemaker. Both complete each other.” He is a student and lover of wine. His palate, at the moment, is favoring Mosel Riesling and Northern Rhône Syrah, of which he says “I’m drinking anything I can get my hands on.” Founded at Kibbutz Tzora in 1993 by the late Ronnie James, Tzora Vineyards’ mission has always been to produce wines with character distinctive to the land in the Judean Hills of Israel. Judean Hills is a beautiful region very close to Jerusalem. The vineyards are planted in high elevation hills about 2,000 feet above sea level. The high elevation is important in Israel because it allows for a diurnal shift during the growing season and more moderate temperatures than the low lands which can be very hot. The soil in Tzora’s vineyards is perfect for wine growing; it is shallow terra-rosa on limestone.

Tzora invests a lot of time and effort into the vineyards, making wine exclusively from their low-yielding, estate-grown grapes. All of the grapes are hand-harvested at night. The estate Shoresh Vineyard has a wide range of small parcels with varying altitude and aspect. For that reason, the viticulture team decided to plant many varieties, including Cabernet Sauvignon, Syrah, Merlot, Petit Verdot, Sauvignon Blanc, and Chardonnay. Each block and subsection was matched to a variety that could thrive in that particular area. Winemaker Eran Pick says, “We are learning about each plot’s unique terroir. We grow the grapes with the thought of producing classic style wines.” Alongside consulting winemaker Jean-Claude Berrouet of Château Pétrus, who has much experience producing wines that respect the place where the grapes are grown, the winemaking team goes through a rigorous blending process to come up with the final wines; Judean Hills, Shoresh, and the coveted Misty Hills which comes from a north-facing, steep-sloped parcel which is always windy.

“My idea is that together with Tzora Vineyards we wish to develop a wine that tells a sincere, authentic story of the local soil and climate through people who share their passion, ability and experience.” –Jean-Claude Berrouet

Wine Spectator recently released an issue featuring wines from Israel on the cover, and in that issue, they awarded Tzora Vineyards with the highest scoring wine, the 2013 Misty Hills, as well as the highest scoring white wine, the 2014 Judean Hills Blanc. About the winery, Kim Marcus said, “Tzora’s impressive [wines] are a seeming paradox in a land dominated by the deserts that surround it, from the Negev in the south to the Judean to the east. But in higher elevations, the air cools, and pockets of exemplary quality can thrive if carefully nurtured. The higher altitudes favored by top producers such as Tzora help slow maturation, as do cooling breezes from the Mediterranean, offsetting the strong summer sun at this latitude.”

The Tzora wines are a great fit in the Skurnik Wines portfolio for the Jewish holidays and beyond because the wines themselves stand on their own merit. These wines are unique, expressive, and have the pedigree of the great wines of the world. The Judean Hills is the perfect place for Tzora and Eran Pick to make their mark. “I feel the story of the region is yet to be told,” says Pick, and it will be told in the glass.

Judean Hills Blanc 2016 reflects the character and quality of Tzora’s vineyards, located in the ancient region of Judean Hills. The wine is made from Chardonnay (90%) and Sauvignon Blanc (10%) grapes, grown on old terraces. The soil is shallow Terra-Rosa with subsoil of limestone. The wine went through cool fermentation and Sur-Lie aging for 8 months in French barriques and stainless steel tanks. The wine did not go through malolactic fermentation in order to retain the natural acidity and freshness of the wine. It drinks beautifully today and will keep developing in bottle during the next 2-3 years.

Judean Hills represents the local Terroir of Tzora’s Vineyards in Judean Hills. This wine is made from selected plots of 40% Cabernet Sauvignon, 40% Syrah, & 20% Petit Verdot, grown on old terraces with top-soil of limestone rich in minerals. The grape must underwent a short period of pre-fermentation cold maceration in order to enhance fruit flavor. Aged for 12 months in French oak barrels, this wine has enhanced dark fruit flavor and hints of minerality and a fairly long finish.

The grapes of Tzora’s Shoresh Red are sourced from small blocks of rocky soil from the estate-grown Shoresh Vineyard. On this shallow and poor soil the vines strive for nutrition, which results in concentrated grapes with an array of flavors. This is a rich blend of Cabernet Sauvignon (41%), Syrah (45%), and Petit Verdot (14%) showing flavors of dark fruit and spices. The wine shows beautiful and harmonious texture. Shoresh was bottled after an aging period of 16 months in French oak barriques. The wine could be enjoyed now and will continue to improve in the bottle for many years to come. 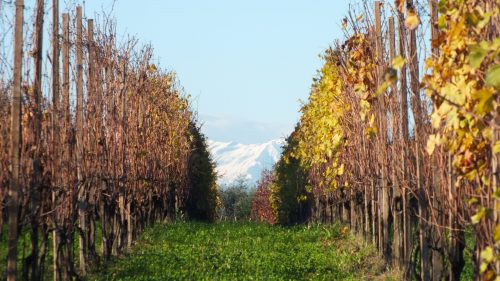 Alto Piemonte: A Region on the Rise
Ninety miles northeast of Alba, hidden at the base of the Italian Alps, is the little-known winegrowing area of Alto Piemonte. The region, which acquired its name more for its high altitude than for its relative location to the Langhe (the...
Read More 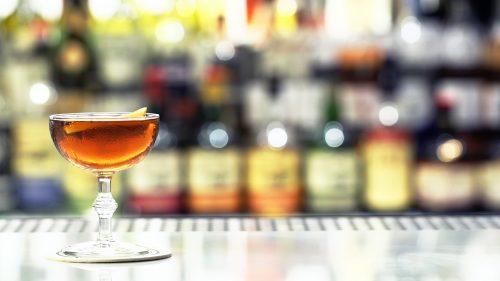