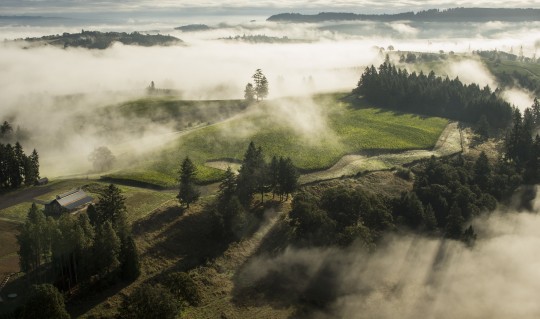 In 1966, David Lett planted the first Vitis vinfera vines in the volcanic red Jory soils of the Dundee Hills in the Willamette Valley, Oregon. While other cool climate varieties were planted at the time – Pinot Gris, Chardonnay, and Pinot Blanc – it was the noble Pinot Noir that the early settlers hung their hats on and that continues to be the driving force behind the Willamette Valley wine industry. In 1970, the “industry” was comprised of five bonded wineries and 35 vineyard acres of Pinot Noir. Today, the Willamette Valley is home to 440 wineries and over 17,200 acres of vines. The Willamette Valley is responsible for 90% of Pinot Noir production in Oregon and most of that is concentrated in a 40 mile, crescent-shaped region comprised of six subregions, or AVAs: Ribbon Ridge, Dundee, Yamhill Carlton, Eola-Amity Hills, McMinnville, and the Chehalem Mountains.

In addition to the cool climate, the early winemakers were attracted to Oregon by the diversity of the soils on the rocky hillsides facing south or southeast at least 200 feet above sea level. These hillsides were made up of three different soil types. The basaltic soils on the eastern hills were created by the volcanic activity of the Cascades some 15 million years ago. Rich sedimentary soils dominate the western ridges and were the result of the cataclysmic collisions of Pacific and North American Plates.  Essentially, the Willamette Valley is an ocean floor trapped between the Coastal Range on the west and the Cascade Range in the east.

The 70s brought a time of experimentation and understanding for the early winemakers, many of  whom had little to no experience in winemaking, farming, or the business of wine. They shared a passion for red wine and a collective belief that the cool climate, long summer sun, and complex soils of the valley could produce world class Pinot Noir.  Originally, the plant material centered around two distinct clonal selections; Pommard and Wadenswil. Both came from the University of California-Davis.  The clones aptly reflected the complex soils throughout the valley, Wadenswil thriving on the marine sedimentary soils while Pommard’s best expression came in the volcanic-based soils. The arrival of the Dijon clone some years later would add another layer of complexity to the wines of the Willamette Valley.

In 1979, The Eyrie Vineyard 1975 South Block Pinot Noir finished first at the Gault-Millau Wine Olympiad, and Oregon immediately became the center of attention for Pinot Noir producers throughout the world. Subsequent tastings reaffirmed the high level of quality attainable in the Willamette Valley and the 80s saw an influx of young winemakers  migrating from California in pursuit of inexpensive vineyard land on which balanced Pinot Noir could be grown. Many of the wineries in the Skurnik Oregon portfolio began making wine in the Willamette Valley during this time. In 1986, Patricia Green began working at a winery in southern Oregon. She later purchased a 52 acre estate in the Ribbon Ridge appellation where she started her own label, Patricia Green Cellars, with longtime friend and vineyard manager/winemaker, Jim Anderson.  Patty’s wines reflect her 30 years of winemaking experience and each wine showcases the distinct characteristics of the many different sites and vintages Patty has worked with.  That same year, Ken Wright would leave the central coast of California and found Panther Creek Cellars in McMinnville. Ken sold Panther Creek Cellars in 1996 and moved North to the Yamhill Carlton region and began Ken Wright Cellars.  Ken’s commitment to the vineyards on these hillsides of the valley, where unique Pinot Noir is found, created wines of distinctively different characters.  In 2002, a collaborative action of vineyards and wineries delineated and submitted to the TTB petitions to divide much of the northern part of the large Willamette Valley AVA (1983) into six AVAs (2005). Both Ken and Patricia Green  played an important role in advancing this movement.

Dick Shea came from New York City in the late eighties and settled in the Yamhill County district where his eponymous Shea Wine Cellars was one of the earliest vineyards planted on the sedimentary soils atop fractured sandstone. This vineyard would be the culmination of everything the early adopters had learned: a selection massale of clones, diverse vine spacing, sustainable farming practices, and a commitment to identifying the best sites in the valley. Shea Vineyard had once again raised the standard of quality for this young wine hamlet and would prove to be the source of many of Oregon’s highest rated wines.

A couple years later, Doug Tunnell would leave the glamour of reporting the news for CBS and return home to the Willamette Valley. The first vines at Brick House Vineyards were planted in the northern Ribbon Ridge AVA.  He was committed to a site with good elevation and a southeastern exposure that would take advantage of the cooling Pacific temperatures which rush north from the Van Duzer pass.  Doug took sustainable practices to a new level, pioneering the Biodynamic farming methods that are now certified by Demeter. Today the farm produces several different Pinot Noirs as well as Chardonnay from the Dijon clone and Gamay Noir.

Good things come in bunches and as Doug settled in the north in 1991, Steve Doerner would leave his post as winemaker at Calera in Hollister, California to join the Gerrie family at Cristom Vineyards, which is located on the volcanic alluvial soils of the Eola-Amity Hills. Steve continues to make mineral-driven Pinot Noirs in some of the most challenging conditions in the valley. His work in the cellar and experimentation with whole cluster fermentation, particularly in difficult vintages, have produced some of the most age worthy wines over the past 25 years. A recent tasting of the 1994 Signature Reserve only confirms how truly ethereal Willamette Valley Pinot Noir can be.

In 1998, Tony Soter left his 25 year Napa Cabernet consulting business to focus on making Pinot Noir in California and Oregon. He would soon sell his California label, Etude, to concentrate on Soter Vineyards in the heart of the Yamhill-Carlton AVA. The site of Tony’s Mineral Springs Ranch was recommended by his longtime friend, Ken Wright. Tony’s plans for the vineyard – gleaned over the previous 30 years – was a continuum of the Oregon experience. High vine density, Pommard, Dijon, and heirloom clones planted on devigorating rootstock to insure early ripening, a hedge against the threat of early rains that often frequent the valley at harvest. Coupled with Biodynamic vineyard practices, rigorous pruning, and intense crop thinning, the wines being made by Tony Soter and his team – Planet Oregon, North Valley, and Soter Vineyards – continue to push the envelope for what is possible for Pinot Noir in the Willamette Valley.

The story of the Willamette Valley started in the 1960s, but this is just the beginning for this burgeoning region. Vines are getting older and winemakers have gained wisdom. The future of Oregon is secure, and the trailblazers are putting their experience to good use making the greatest wines we’ve tasted yet. 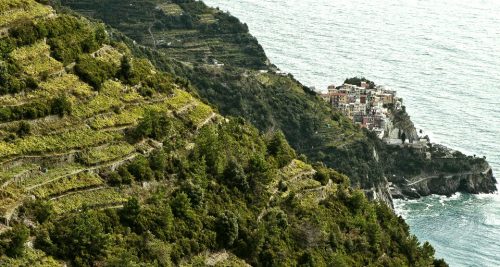 Terenzuola: Where the Alps and the Mediterranean Meet
At once both Tuscan and Ligurian, the wines of Terenzuola reflect the duality of their terroir. The vineyards face the Mediterranean, which provides warm sun and cool breezes, but also find themselves in the Apuan Alps (a subzone of the Apennine...
Read More 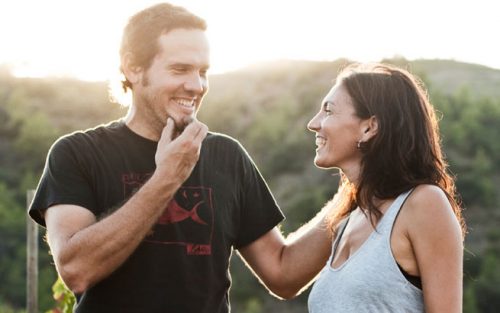 Venus La Universal: A Passion Project Borne of Love
Like many of the great stories, the story of Venus La Universal begins with love. As the children of two of the pioneers of the Priorat D.O., Sara Pérez and René Barbier fils grew up as neighbors, picking grapes together...
Read More