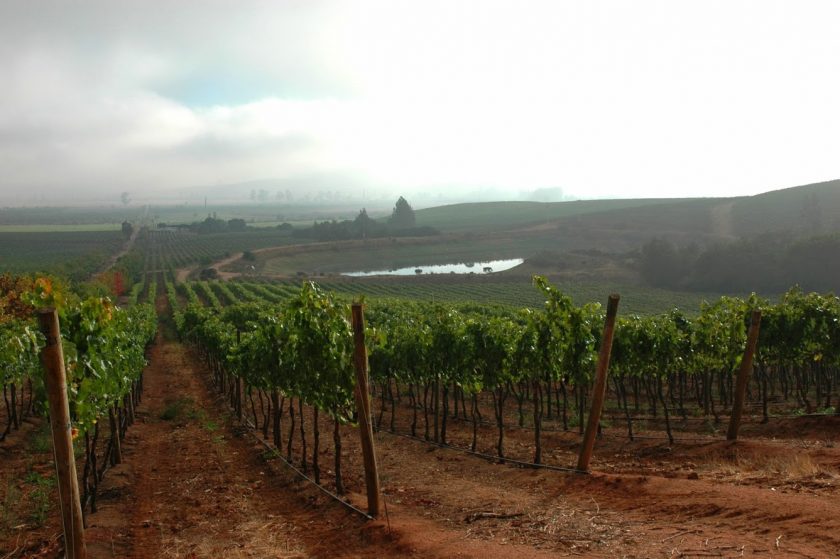 Coming off of Chile’s 7-0 drubbing of Mexico and subsequent historic victory over Argentina to win the Copa America, it is high time for our second installment of “State of the South,” a series which delves into the wonderful wines produced south of the Equator. In our first installment, we focused on Argentina and the exciting maturation happening in the winegrowing regions of the Valle de Uco, Lujan de Cuyo, and Cafayate. For today’s feature, we will cross the Andes and explore the wine world of Chile; the country with the longest north-south coastline in the world and a unique variety of wines stemming from its geographic diversity up and down the Pacific Ocean.

Chile’s production of fine wine is still rather new, but since the country’s political revolution in the 1970s and 1980s, commitment to consistency in every facet has trickled down to wine allowing Chile’s wineries to quickly find firm footing and figure out what grows best in each particular area of the country.  While there are still many large commercial wineries in Chile, the small growers are creating a real excitement in the country. We’ll journey from north to south, starting in the cool, coastal, Casablanca Valley with Kingston Family and Prisma, head down to find some extreme values with Tres Palacios in the Cholqui subregion of the Maipo Valley, and finish up with Pipeño, a very unique and old fashioned blend of País and Carignan in the Maule Valley from Aupa!

In the early 1900s, Carl John Kingston left his home in Michigan looking for gold in Chile. He ended up settling in the Casablanca Valley, a mere 12 miles from the Pacific Ocean, where he started a cattle ranch. Over the past century, Kingston’s family has built from there, most recently planting Sauvignon Blanc, Pinot Noir, and Syrah on Casablanca’s rolling hills in the late 1990s. This region has many similarities to California’s Sonoma Coast and Santa Rita Hills, including rolling hillsides, a cool ocean breeze, and a strong diurnal shift in temperature due to the coastal proximity. Kingston Family capitalizes on these California sensibilities with winemaker partner Byron Kosuge, who has 20 years of California winemaking experience including Saintsbury and his eponymous B. Kosuge Wines.

The Kingston Family’s true expertise lies in their estate vineyards. They plant each variety based on where it would flourish best. Since Syrah needs some more sun to ripen, they plant it in the higher altitude, bowl-shaped areas of the vineyard, where the hillside helps with the intensity of light and protects vines from the extreme cooling influences of the ocean. “Pinot Noir does best in the higher hills. One of our favorite blocks is called La Cantera and is western facing on red clay loam with decomposed granite and has great drainage. It is a challenge to farm because it is so steep!” explains Courtney Kingston.  Always with an eye to the expression of terroir in a bottle, Kosuge makes the red wines by hand in small one-ton fermenters and uses a combination of neutral oak and stainless steel barrels for the Sauvignon Blanc. Kingston Family is among the few garagistes in Chile and participates in MOVI (Movimento de Viñateros Independientes), a group of wineries who make small lots of artisan wines by hand. Oh, and they haven’t forgotten about the cattle! The family farm still supplies about 5% of the fresh milk consumed in Santiago, Chile with their 1,000 Holsteins. Once your eye is caught by the psychedelic packaging, you are bound to go down the rabbit hole and discover the wonder of the 100% hand-harvested, estate-grown, excellent value Pinot Noir and Sauvignon Blanc from Prisma. Like Kingston Family, Prisma capitalizes on the hot, sunny days and cool, misty nights of the Casablanca Valley. This collaboration between Brazos Imports and Grupo Belén achieves the goal of consistently producing vibrant and fresh Chilean wines. The Pinot Noir is a blend of three clones planted in a single vineyard over a mix of clay and granitic soils, the wine is aged in neutral oak for 9 months before bottling. The Sauvignon Blanc is composed from two vineyards, Belén and El Principal. The latter contains some of the region’s original plantings dating back to 1982.

When Patricio Palacios, the patriarch of the Palacios Family, founded Viña Tres Palacios in 1996, it was akin to a pioneering mission. A very successful businessman, Palacios wanted to start something for his family to continue building on for generations, but nobody had ever planted grapes in the Cholqui sector of the Maipo Valley of Chile. Convinced that this was the road to success, and backed by firm climate research of the area, the Palacios family happily made their daring move and planted Cabernet Sauvignon, Merlot, Chardonnay, Pinot Noir, Sauvignon Blanc, and the local favorite Carmenere in their estate, monopole vineyards.

The Cholqui Valley is surrounded on 3 sides by hills, with the western edge open to the influence of the Pacific Ocean, only 25 miles away. While Cholqui is technically part of the Maipo Valley, it is closer to the ocean and higher altitude, which hopefully will be differentiated in the future as its own “Maipo Mountain” appellation. These geographical advantages make it much cooler in Cholqui when compared to Maipo proper, especially at night. For that reason, Tres Palacios harvests, on average, thirty days later than the rest of Maipo. This allows for excellent phenolic ripeness for all of their varieties. Winemaker Camilo Rahmer has been with the Palacios family from the beginning, and combined with a firm belief in refrigerated shipping stemming from Patricio’s former, extremely successful sea urchin export business, Tres Palacios consistently delivers delicious wines at a great price.

Pipeño is the traditional method of winemaking in Chile, which dates back to the late 16th century. The Aupa Pipeño from Viña Maitia is an old school blend of 70% País (aka Mission/Listan Negro/Criolla Grande) and 30% Carignan from a 10 hectare, 120-year-old, dry farmed vineyard in the Maule Valley of Chile. This valley benefits from a Mediterranean-like climate where high temperatures in the summer are cooled by the breeze from the Humboldt Current in the Pacific Ocean. Pipeño is a very rustic wine, especially when produced with País, a sacramental grape which was the first grape planted in the Americas, brought here by the Spanish. The País grapes are removed from the clusters manually by being hit over a zaranda (see below), a metal grid that acts as destemmer and press, to a traditional concrete vat, where a natural yeast fermentation takes place. The Carignan is fermented with whole clusters, and then the blend is aged briefly in concrete before bottling into flint glass at a 12.9% ABV with small amounts of sulfur.

Frenchman David Marcel is the producer and winemaker of Aupa with his Chilean wife Loreto. Marcel comes from the French Basque Country and has been involved with wine in Chile for a long time. He was one of the first winemakers in Chile to succeed in the production of quality, craft Pipeño starting with the 2013 vintage. The combination of the traditional production method and the traditional grape
varieties lead to a very unique, herbal, and quaffable wine that is an incredible
value. 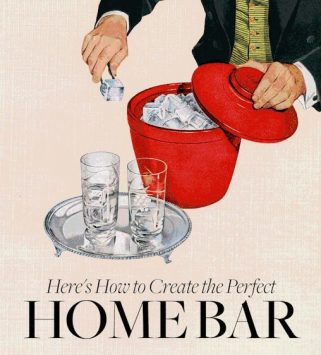 Home Bar Essentials
While we all agree that it’s crucial to have at least a small selection of wines at home for hosting (or for the end of a long afternoon), nothing makes for a more sophisticated welcome than a well-stocked and well-executed...
Read More 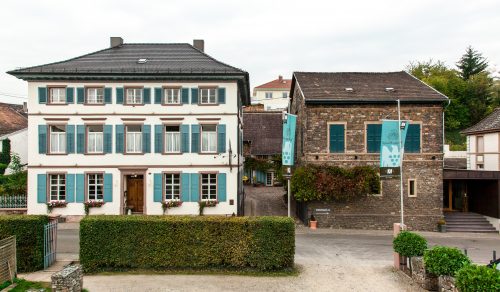 Kruger-Rumpf: Terroir in the Nahe
The roots of the Kruger-Rumpf estate date back to the 1790’s. Like most vine-growers at the time, the family sold the majority of their grape production to larger houses or cooperatives. This practice continued through the ninetieth and early...
Read More