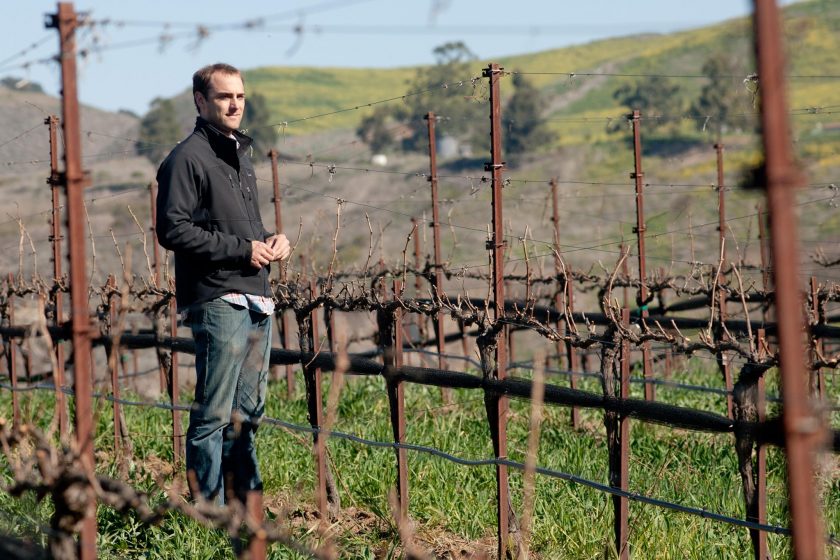 Few of California’s young winemakers possess the regional mastery that is illustrated by the work of Justin Willett, of Tyler winery. A son of Santa Barbara, Justin began Tyler in 2005 with eight barrels tucked away in the corner of Arcadian Winery, where he honed his approach to Chardonnay and Pinot Noir as assistant winemaker. Justin – a champion of old vines – has since engaged the famed historic vineyards of Santa Barbara, including the region-defining Sanford & Benedict, La Rinconada, and La Encantada Vineyards, in the Sta. Rita Hills. In 2017, Justin began planting a Sta. Rita Hills estate vineyard – a forty-five-acre property, with some twenty-six acres of Chardonnay and Pinot Noir, and named it Mae Estate.

Here, in a winegrowing region defined by its transverse ranges and valleys, where hills glitter with marine sediment and harbor the ocean’s winds, Justin makes wines of clarity and poise. His wines lead with structure and persistence; they evoke confidence, focus, and vibrancy. Justin is the first to tell you that these are virtues of terroir: they are not created in the cellar, but delicately drawn forth.

All grapes – both Pinot Noir and Chardonnay – are handpicked at night, before being further sorted by hand at the winery. Pinot Noir is evaluated for stem inclusion, and then the cold fruit is soaked for three to five days until a native yeast fermentation begins. Both punch-downs and pump-overs are implemented; maceration often lasts some two weeks before the wine is pressed to tank and then barrel for elevage. The use of new oak varies by vineyard, vine age, and vintage, however most barrels used are neutral. After a year in barrel, the wine is racked, blended, and returned to barrel before being bottled unfined and unfiltered.