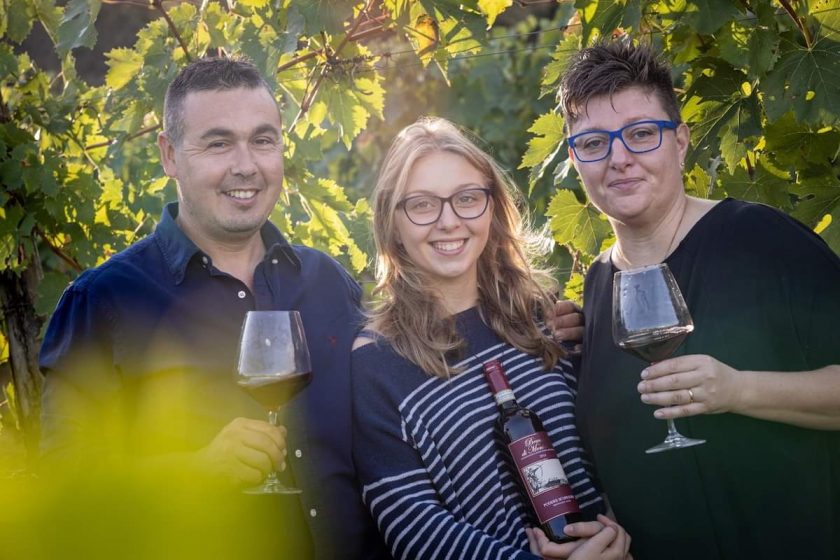 “Podere Scopetone has come a long way since Loredana Tanganelli and Antonio Brandi took over the property a few years ago and began the process of untangling the effects of several years of neglect. With the help of consulting winemaker Maurizio Castelli, Tanganelli and Brandi are gradually rebuilding Scopetone’s reputation for excellence.” – Antonio Galloni, Vinous

“One of Montalcino’s most underrated producers.”– Ian d’Agata, Vinous

Many Brunello fans remember Scopetone fondly: the Montalcino hilltop perch of Federigo Abbarchi and his wife Angela Corioni. They came from outside of Montalcino, but perhaps that’s what gave them such a keen appreciation of Sangiovese. At a time when the world was obsessed with Parkerized barrique bombs, they crafted traditional, elegant wines from their tiny holdings with the help of Giulio Gambelli, and later Attilio Pagli. The estate was so small in fact (less than one hectare) that it was often a mystery to us whether they would declassify to produce Rosso di Montalcino or if the entire production would be destined to Brunello. Sadly, in the intervening years, Federigo’s health failed him and the wines fell into neglect. While Angela made an effort to continue on her own, managing the winery was too much.

In 2009 a chance meeting occurred. A neighboring beekeeper and her viticulturist husband, Loredana Tanganelli and Antonio Brandi, met Angela and they struck a deal to keep the estate alive: Angela would offer a long-term lease on the vineyards and cellar to Loredana & Antonio if they would maintain Scopetone as their label. It took no time for Loredana and Antonio to agree; they saw the potential of adding their vineyards and energies to an already world-renown Montalcino estate. And as Montalcinesi in touch with nature, they could see no other way to make the wines than in the traditional, elegant style for which they have always been so loved. 2009 was the first vintage that joined Loredana and Antonio’s vineyards to Scopetone’s, bringing their total hectares in Montalcino to a minuscule 2.5! All farming at Scopetone is certified organic though it is not advertised on the labels. For such a small estate, the bureaucratic processes are too much to battle on their own.

Current total production at Scopetone is an average of 375 cases of Brunello, 325 cases of Rosso di Montalcino, and with the addition of Antonio’s vineyard in the Montecucco appellation, they also produce 1000 cases of an IGT Toscana. All Montalcino appellation wines of Scopetone come from the Scarnacuoia cru at 400 to 500 meters above sea level, just north of the walled city of Montalcino, looking down on Montosoli. Historically, it’s known as the location of Federico Biondi Santi’s first monovarietal plantings of Sangiovese in the 1870s!

Vineyard Management: Scopetone farms organically and was certified in 2019. To control diseases and insects, Scopetone uses low environmental impact products including organic and mineral-based fertilizers and sulfur and copper-based products. No herbicides are used. Depending on the period of the year, grass cover is left on the rows between the vines. Low doses of SO2 are used to preserve the wines.