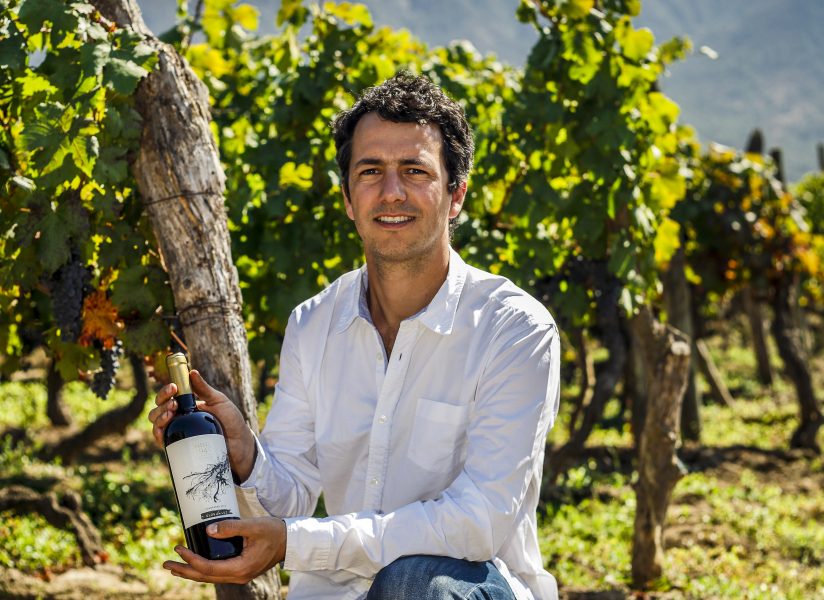 Located in the Almahue Valley, Clos de Luz is a family-owned 33HA estate that was first purchased by winemaker Gabriel Edwards’ great grandfather in 1892. The Almahue Valley is nestled within the Cachapoal Valley DO, and has only 360HA vines planted.  While the plantings are small compared to other parts of Chile, the vines of the Almahue Valley is where some of Chile’s oldest vineyards are located, and is also considered the birthplace of Chilean Carménère. In fact, Clos de Luz has some of the oldest Carménère vines in Chile, thanks to Gabriel’s grandmother, Luz, who planted vines in 1945 and those still represents 75% of their total plantings. After Clos de Luz was launched in 2015 in an effort to rescue these precious old vines, Gabriel Edwards became the domaine’s head winemaker after obtaining a Master in Wine Business in Burgundy, and working for Undurraga in Chile, and consulted Pedro Parra in creating terroir driving wines. The attention to detail at Clos de Luz begins in the vineyard with employing 100% Massal selection from old vineyards, hand harvesting, strict fruit selection and only indigenous yeast used for fermentation. From their natural-adjacent Azuda line to their iconic Carménère ‘Luz’, the wines effortlessly express the terroir of the Almahue Valley through elegance, complexity, and aging potential.