On the eastern edge of the Wachau valley, there lies Nikolaihof, in the quiet village of Mautern. In its current manifestation, Nikolaihof is a wine estate, yet it has lived many lives. The wines of the house are a singular experience: the combination of unique Wachau terroirs with ancestral technique blends together in this place to form something at once ancient, yet novel in the contemporary wine world. Decisions here are not dictated by the market or trends. Nikolaihof is a realm dense with historical memory. These memories and a winemaking ethos built upon tradition provide the backbone for many of the hallmarks of Nikolaihof. Wines are released when they are ready not necessarily when the market wants them. Fermentation and elevage are never rushed or hurried. Harvests are unique in the vineyards of Nikolaihof. Due to the strict use of biodynamic preparations and vineyard management, the estate is often able to achieve grape ripeness well before their more conventional-farming neighbors. The rhythms and cycles of Nikolaihof are all their own. They are continuing traditions and living in a history with deeper roots than almost any estate in Europe.

For over two millennia, the grounds of Nikolaihof have been revered for both vinous pursuits and the mystical. Nikolaus Saahs, the current owner and winemaker at Nikolaihof, took over production from his parents in 2005. At the helm of this famed house, he keeps the long view in mind. Which course this makes sense when one considers the scale of history the estate encompasses. The Nikolaihof monastery was founded in 985 AD by the diocese of Passau. Its specific location was chosen to capitalize on pre-existing Celtic mystical reverence for the site dating back to the Roman era as well as the prestigious vineyards nearby. The wines of Nikolaihof are still barrel-aged in the ancient cellar built by the Romans in the 1st century.

Nikolaus’ mother, Christine, was a student of Rudolph Steiner’s School of Anthroposophy after being acquainted with his teaching in medical school. Christine became an important advocate for biodynamic agriculture in Austria and Europe. Nikolaihof was one of the first biodynamic wineries in Europe in 1971. As such Nikolaihof has maintained a regime of biodynamic intervention and cultivation for over 40 years. Under Nikolaus this tradition continues. No pesticides or herbicides are used in their vineyards instead stinging nettles, manure, valerian tea and other traditional biodynamic preparations make up Nikolaihof’s inventory for pest management and overall vineyard health. The results speak for themselves: year to year Nicholas is able to harvest ripe, healthy grapes even in years where others may struggle. And yet the wines of Nikolaihof show remarkable balance. The category of “Smaragd” designates the ripest, high-alcohol wines of the valley with at least 12.5% ABV. Sometimes this leads to over-blown or flabby wines. Yet Nikolaihof’s Smaragd wines always fall closer to the 12.5% line representing elegant, balanced examples of the category.

Fermentations at Nikolaihof are long, slow, and spontaneous. Elevage happens in large, 40-year-old barrels or stainless steel with full lees contact until the wines are bottled. These bottlings could be many years from harvest. Consider Nikolaihof’s lauded 1995 Vinothek Riesling: the first Austrian white wine to receive 100 points from Wine Advocate, it was bottled 17 years after harvest and released to the market in 2012. This wine sold out upon release but the 1997 Vinothek is available now and has received its share of acclaim (Advocate & Vinous Media both gave it 97 points.)

Nikolaihof’s holdings are some of the farthest east in the Wachau near the village of Mautern on the Danube’s south bank. In fact one of Nikolaihof’s most ethereal wines is sourced from Steiner Hund, a vineyard just across the border in the Kremstal.  These are also some of the oldest known vineyards in Europe with sites such as “im Weingebirge” being mentioned as far back as 470AD. Whether it’s Nikolaus biodynamic know-how, his focus on ancestral vinification techniques, or the quality of his terroir, the resulting wines are wildly unique and joyful. They are singular wines; irreplicable anywhere else in the wine making world. 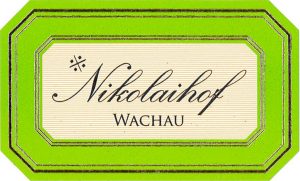 “The regular sur-lie bottling seems to have attainted some uncanny virtuosity of late—though Saahs would quarrel with “of late,” and they make a good case if the 1987 vintage Hefeabzug they gave us to drink is anything to go by—what a fantastic wine that was. This ’15 is wonderful nonetheless, sweetly oystery aromas lead into a palate full of sweet energy; it’s long but not really a saline length, but more of a delicate floral chalkiness that coats the palate and doesn’t quit. “ 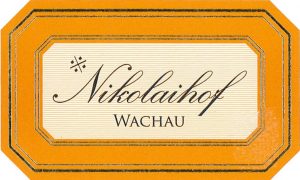 “After the mineral attack of the Hefeabzug this wine is almost sedate. But this is deceptive. A sideways mineral length comes in midway through, and takes off its shoes. It’s there to stay. Its first fruit runs in the sorrel-lentil direction, delicate, refined….and then the stray but determined mineral. In some ways this gentle wonder is the essence of Nikolaihof.” 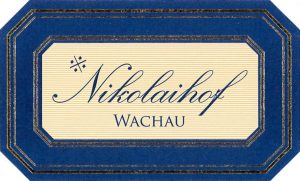 “No one in the world could make a wine as wee and little and yet as astoundingly beautiful as this one. Breezy and cool and clinging and endless; wet-straw flavors feel loessy but the balsam and physalis say primary rock. Affectionate and richly satisfying, Nikolaihof at their utter best when they’re not in their “antique” dialect. Beautiful in every way but the intense one. Purely sapid and companionable.” 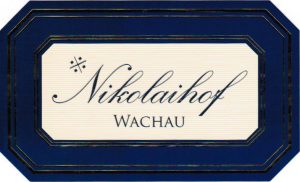 “This successor to the almost supernaturally ethereal and haunting 1995 also has to live up to the reputation of a vintage-of-the-half-century. It manages, though! The bouquet is unearthly in its complex amalgam of bittersweetly floral (iris, gentian, buddleia), pungently nutty, subtly smoky (black tea) and elusively mineral (sea breeze, wet stone, faint fusel oil) components. Considering the secondary development signaled on the nose, a surprising intensity of pure white peach, apple and grapefruit emerges sumptuously on the silky palate. The buoyant finish, more tightly clinging and less ethereal than that of the 1995, represents a long, harmoniously undulating interaction of liquid floral perfume, diverse minerality and succulent fresh fruits. I tasted this shortly before its mid-2014 bottling (a rare exception to the Nikolaihof rule against unveiling wines from cask) and did not review that note before tasting seven months later. My first spontaneous word each time was “unearthly.” And happily, my impressions that followed demonstrated that this wine’s amazing personality, including its aromas and textural allure, had made it to bottle scarcely altered. The source vineyard here, incidentally, is the Im Weingebirge whereas the 1995 was from Vom Stein.”
–David Schildknecht, Vinous Media
Vinous Media: 97pts


THIS SATURDAY – join Alexandre Chartogne for a dis


THIS SATURDAY – join Alexandre Chartogne for a dis