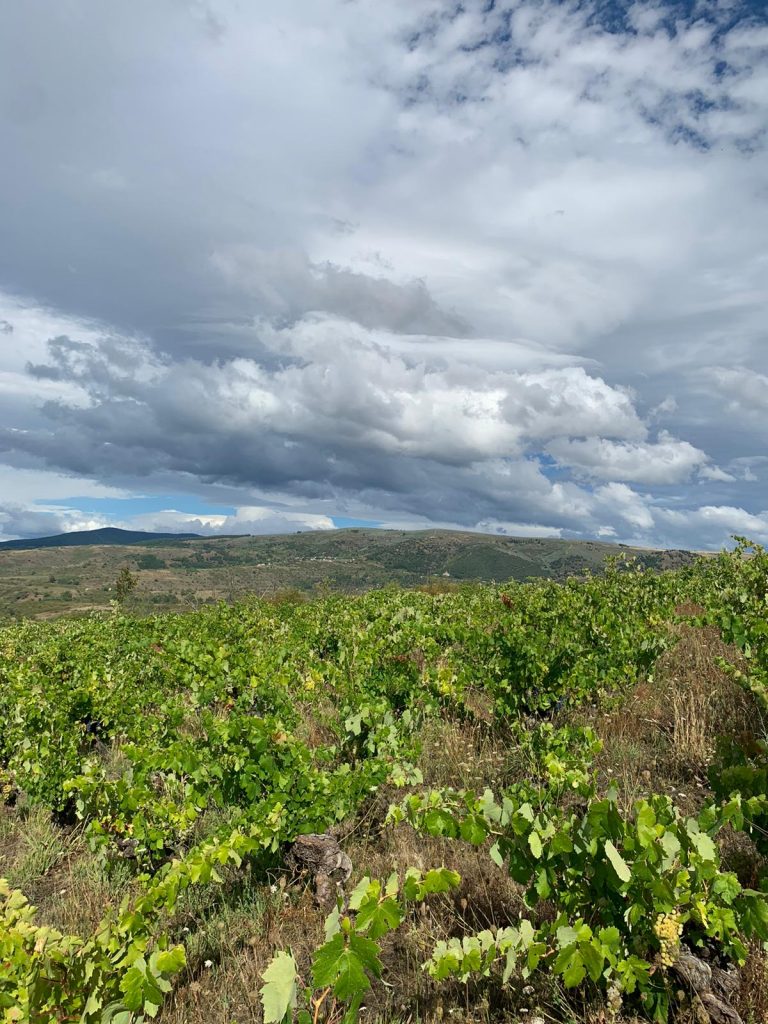 Native of Navarra and son of the pioneering Juan Magaña of the iconic Viña Magaña estate, Diego Magaña has rapidly consolidated his position since 2014 as one of northern Spain’s young stars. Though still at the reins of the family domaine, his personal projects in Bierzo and the Rioja Alavesa stand among the finest examples of those appellations being produced.

Dominio de Anza is his Bierzo label, and it’s fitting that the wines are produced in a corner of Raúl Pérez’s bodega in Valtuille de Abajo, since it was through his friendship with Raúl and love of the master’s wines that Magaña was drawn to Bierzo in the first place (the idea was even hatched on a shared sales trip to the United States). Diego’s style, though, is confidently all his own, and critics are taking note: last year, the perceptive Luis Gutiérrez of The Wine Advocate was moved to offer his kudos on a ‘flat out great’ collection of ‘brilliant reds’ singled out as ‘truly outstanding, among the best produced in the appellation’.

Magaña harvests impeccable fruit from very old vines (80-100 years is the rule, not the exception) and lets it speak in its own voice through painstaking control of a tiny surface (a scant 3-4 hectares over a handful of parcels). In the hallowed Rapolao cru, for instance, he harvests less than a hectare of vines in multiple passes and then declassifies half the fruit. (This is practically unheard of in the appellation.) As is typical of old plants in Bierzo, Mencía predominates, complemented by Bastardo (Trousseau) and Garnacha Tintorera (Alicante Bouschet) with some plants of the white Doña Blanca sneaking in. Fermentations proceed with natural yeasts in neutral wooden vessels (large, though size varies according to vintage and yield) and greater or lesser degrees of whole-cluster inclusion (again—as the vineyard and vintage dictates. ‘Mi receta es que no hay receta’, says Diego: the recipe is there is no recipe.) The wines are raised in large tinas and 225-500L barrels. 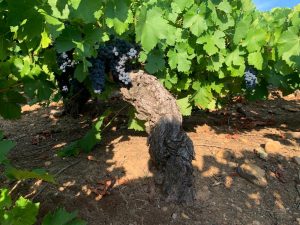 His entry-level red, called Selección de Parcelas, provides a tour of the northwestern quadrant of Bierzo in one bottle, combining fruit from the higher-altitude slate-and-granite soils of Los Rosales in Otero, the sandy clay of El Val in Valtuille de Abajo, and the rocky, iron-rich clay of the renowned El Rapolao, also in Valtuille. It’s a stunning regional blend that punches far above its weight class. His top wine is unquestionably the single-vineyard rendition of El Rapolao, rapidly gaining prominence as one of the best and most distinctive sites in Bierzo and worked by other luminaries such as Raúl Pérez, César Marquez, Gerardo Michelini, and Antoine Graillot. The fluid finesse delivered by its protected, northwest exposition and Diego’s gentle hand in the cellar is truly remarkable.

The 2019 vintage in Bierzo was a relatively warm one, harvested in early September, but Diego’s decision (atypical for him) to destem all his fruit and shorten his macerations to a couple weeks paid dividends, resulting in a markedly poised and delicious collection. Skurnik Wines is proud to (re)introduce these wines to American soil!