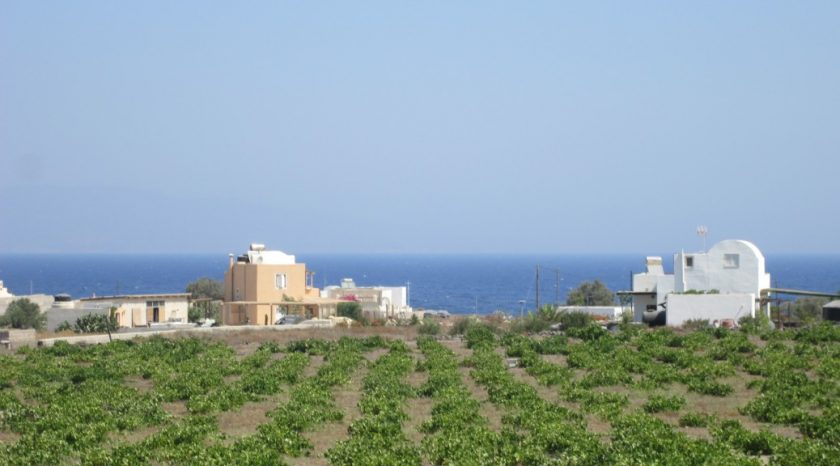 Paris Sigalas began Domaine Sigalas out of his home in 1991. By 1998, production had grown enough that a brand new winery was constructed in Oia, on the northern end of Santorini. Paris is widely considered to be the top producer on Santorini, and many call him the greatest producer of white wines in all of Greece. Though his winery is outfitted with the latest in winemaking technology, the philosophy here is that wine is made in the vineyard, not in the winery. All grapes are hand-picked and rigorously sorted to ensure that only the finest fruit makes it into the finished wines. The domaine has been organic since 1994. The wines of Domaine Sigalas are bewitching in their expression of minerality. They offer up aromas of etherized rock, and teem with not just stone fruits, but actual stones on the palate. There is clarity here, but more marble than crystal, rock polished to such a high sheen that you can see your reflection in its surface. And all of this stony brilliance is brought to a close with a wave of bracing acidity. These are vigorous wines which promote an active drinking experience, one in which the wine forces the drinker to engage.

“Sigalas is one of Greece’s finest white wine producers – in fact, a short list candidate for the best. I would like to take credit for that conclusion, but there is not much dissent here. This producer is universally acclaimed for his skill with Assyrtiko of all types – dry, barrel fermented and sweet – and I can only climb on the bandwagon. Sigalas is simply a master with this grape. I would say that this was one of the most impressive Assyrtiko lineups I’ve had – except that I had a Sigalas vertical before at the winery.” – Mark Squires, The Wine Advocate

The unique terroir of Santorini was formed in part by one of the most cataclysmic natural disasters in human history. Around 1600 BC, a massive volcanic eruption took place on the island, sending magma over one hundred feet into the air and creating a tidal wave which claimed the lives of millions around the Mediterranean crescent. This eruption is thought to be the most powerful volcanic event in the  last 10,000 years and is estimated to have been fifty thousand times as powerful as the Hiroshima bomb. When the subterranean magma chamber was voided as a result of the eruption, the entire center of the island collapsed into the sea, creating a group of islands from what was once a single landmass. The eruption rendered Santorini uninhabitable for a period of about 200 years. Some biblical scholars have posited that stories of the devastation were used as inspiration for the Old Testament tale of Sodom and Gomorrah. So what does all this geological history mean for the wines? The soil of Santorini, called aspa, is a mixture of pumice stone, volcanic ash, lava rocks, and sand. It contains little to no organic material but is rich in essential minerals. These factors combine to produce wines with a naturally low pH and high acidity. The vineyards of Santorini are also strained by the minimal rainfall on the island. Most of the water that nourishes the vines comes in the form of the nighttime sea fog that settles over the island and is absorbed by the sponge-like pumice and then re-routed to the vine.

Santorini is also beset by incredibly high winds, necessitating a unique method of vine training. The method is called kouloura, and entails weaving the vine into a basket-like shape to keep the clusters close to the ground where they are less susceptible to being blown off by gusts. Even with this system of training, the high winds take their toll on yields. Sigalas’s yield for the 2015 vintage was 11hl/ha (compare with Domaine de la Romanée Conti, where the average yield is 23hl/ha). There is no machine-harvesting on the island and, as you can imagine, the harvest is an incredibly arduous process, much of which is undertaken on hands and knees.

The largest challenge of winemaking on Santorini, however, is not a natural phenomenon. The island is visited by somewhere in the neighborhood of two million tourists per year, an influx that single-handedly sustains their economy. The pressure to hang up one’s pruning shears and sell the farm to a developer is enormous. Today there are about 550 hectares of vineyards on Santorini, down from about 1,000 hectares in the 1960s. As more and more agricultural families succumb to economic pressures, these treasures of Greek culture become increasingly more rare and precious. 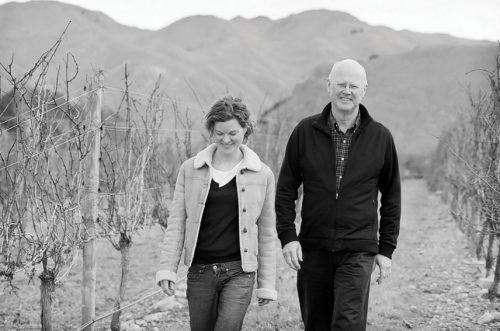 Mount Riley: A Family Winery in the Heart of Marlborough
Marlborough is made up of a collection of valleys surrounding the city of Blenheim on the South Island of New Zealand. With lots of sunshine, diverse and well-draining stony soils, and diurnal temperature shifts, it is no wonder that Marlborough...
Read More 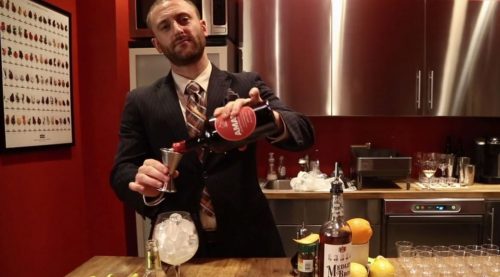 Winter Cocktails with Adam Schuman
Team Skurnik is excited to finally have some snow on the ground, if only because we now have a proper excuse to dive into warming winter cocktails. Adam Schuman, our Spirits Portfolio Manager, recently filmed a video at Manhattan store 24...
Read More