Cinco de Mayo is rapidly approaching, and the time has come to dispel some common misconceptions about the holiday (and also put to rest those college memories). Most importantly, May 5th does not commemorate Mexican Independence Day, which occurred on September 10th, 1810, 52 years prior to the events celebrated on Cinco de Mayo.

Cinco de Mayo commemorates the Battle of Puebla. In 1861, Mexico was coming out of almost 20 years of war, which left the Mexican Treasury nearly bankrupt. On July 17, 1861, Mexican President Benito Juárez issued a statement in which all foreign debt payments would be suspended for two years. In response, France, Britain and Spain sent naval forces to Veracruz to demand reimbursement. Britain and Spain negotiated with Mexico and withdrew. France was at that time ruled by Napoleon III, who decided to use the opportunity to establish a Latin empire in Mexico that would favor French interests.

Late in 1861 a well-armed French fleet stormed Veracruz, landing a large French force and driving President Juárez and his government into retreat. Moving on from Veracruz towards Mexico City, the French army marched into the relatively small town of Puebla. The 6,000-man strong French army, at that time considered to be the premiere army in the world, attacked the much smaller and poorly equipped Mexican army of 2,000. Yet, on May 5, 1862, in spite of overwhelming odds, the Mexicans managed to decisively crush the French army. While the French managed to recover from the defeat and establish a brief and ill-advised “Mexican Empire,” the Mexican victory at Puebla represented a significant morale boost to the Mexican army and the Mexican people at large. This seemingly minor victory was representative of the desire of the Mexican people to establish their own government in the face of larger colonial forces and has been compared historically to Mexican David defeating French Goliath.

How did this relatively minor skirmish in the history of the Americas come to be synonymous with “party” here in the US of A? The celebration of Cinco de Mayo began in 1863 in California, among Mexican immigrants working in the gold mines. When they learned of the Mexican resistance to French rule, they burst into spontaneous celebration. Cinco de Mayo has been celebrated consistently in California since that time, though it’s considered a minor holiday in Mexico. Slowly the holiday gained popularity in the rest of the country. It has become our country’s most beloved, but certainly not only, reason to don a sombrero and enjoy some potent potables. The popularity of Cinco de Mayo has spread to other countries and even spawned some truly odd rituals. For instance, in Vancouver, Canada, there is a skydiving club that holds and annual event, and in the Cayman Islands there is an annual air guitar contest.

So how best to celebrate this brave sacrifice? With agave spirits of course! Azteca Azul Silver: A clear premium tequila that has intense aromas of honey and sweet cooked agave, with citrus notes of grapefruit, and floral notes of anise and mint. The taste is soft, sweet, and fruity, with notes of honey, coconut, banana and peach. Azteca Azul is the perfect tequila with which to cheers the indomitable spirit of the Mexican people!

Agave de Cortes Joven: Produced naturally and with the utmost attention to ancient distilling tradition, this mezcal is a smoky, earthy love letter to Mexican terroir.

El Jolgorio Tobala: One of the most prized of all agaves. Grown in the shade of oak trees at high altitudes, El Jolgorio Tobala is the mezcal to sip if you truly want to appreciate the beauty of the Mexican land and culture.

Nuestra Soledad San Luis: The small village of San Luis is tucked away in the mountains next to the Rio Hormiga Colorada in the Valles Centrales Region. Espadin is grown on slopes so steep and high that harvested pinas have to be rolled down before being taken back to the plaenque.  The intense heat of the region results in early-ripening agave with very concentrated sugars. Bright citrus fruit, spicy black pepper, full round and creamy on the palate, with the most perceived smokiness of the Nuestra lineup.

Real Minero Pechuga: Pechuga is a celebratory style of mezcal, distilled from the widely cultivated Espadin. While most mezcal undergoes a double distillation, Pechuga undergoes a third distillation where by a raw chicken carcass is hung inside the still to symbolize the heat. In addition, Pechuga employs seasonal fruit and spices from the village. These include green banana, pineapple, stone fruits, apples, star anise and more.  Real Minero’s Pechuga is hands down the fruitiest on the market and is something truly special.

Throwing your own Cinco de Mayo party? Here are a few cocktails to get you started! 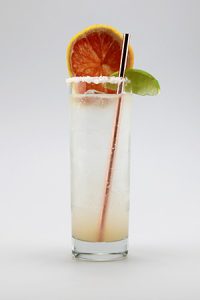 Cinco de Mayo is a holiday that celebrates the spirit of Mexico! It’s only fitting that we should celebrate the spirits of Mexico!