To fall in love with Burgundy is to resign oneself to a life of equal parts euphoria and edification. It is both an academic and hedonistic endeavor that may last a lifetime. Finding a domaine that produces wines capable of delivering consistent pleasure from their infancy in the barrel, to their 30 year anniversary, can be a difficult search. Yet, there is a little blue house just south of Nuits St. Georges named Domaine de l’Arlot, where one’s search for Burgundy bliss can be found.

A conversation about Domaine de l’Arlot begins and ends with a conversation about the premier cru monopoles that have come to define the estate: Clos des Forêts Saint Georges and Clos de l’Arlot. Tasting in the cellars of this historic producer provides one of the great terroir lessons in Burgundy. Since Clos des Forêts runs along an entire slope in Nuits St. Georges, each section of the slope is vinified separately. The differences between the richer wine of the clay-heavy lower slope and the high toned juiciness of the pure limestone top of the slope could not be any clearer. It is an experience that speaks not only to the wonders of Burgundian terroir, but also of the privileged location that l’Arlot presides over.

The history of this beautiful estate and its vineyards goes back to the Jules Belin family, who owned these plots for over 100 years. After a car accident in 1933 tragically killed many of the Belin family members, the estate fell into a deep decline. The toll of this loss forced them to slowly sell off much of their estate, culminating in 1987 when their iconic and precious monopoles were finally sold. The buyer was a young former accountant, who studied with the legendary Jacques Seysses of Domaine Dujac, and who would eventually become one of the most beloved figures in all of Burgundy: Jean-Pierre de Smet.

Jean-Pierre’s work with his close friend Jacques Seysses had a profound impact on his life and winemaking career. As cellar master of Domaine Dujac, he absorbed many of the philosophies that would follow him to Domaine de l’Arlot. He practiced ultra-low yields, a strict selection at harvest and sorting of only the most perfectly balanced fruit, fermentation using whole-cluster inclusion, and minimal intervention in the cellar. As Jean-Pierre put it, “the more one knows, the less one interferes.” By natural extension, the farming practices of the domaine were instantly improved the moment Jean-Pierre took over. Organic certification came first in 2000, followed by biodynamic farming in 2003.

Today, the domaine consists of 14 hectares planted to mostly Pinot Noir, with 5% devoted to Chardonnay and Pinot Gris (yes, Pinot Gris) for their ultra-rare white wines. The oldest vines are 70+ years old, with the average age close to 50. While the estate’s core is in the monopoles of Clos des Forêts Saint Georges and Clos de l’Arlot, the domaine also consists of two parcels in the village of Vosne-Romanée that were added in 1991. The first is a plot in the Grand Cru Romanée Saint-Vivant that sits in the corner of the appellation, spilling into La Tâche on one side and Romanée-Conti on the other. The second is a prime parcel of Vosne Romanée 1er Cru Les Suchots that sits on the border of Romanée Saint-Vivant. The addition of these incredibly placed vineyards only served to further cement the iconic status of the domaine.

After Jean-Pierre de Smet retired in 2007, the winery was taken over by Olivier Leriche, followed by Jacques Devauges. After Devauges left in 2013, the domaine hired the incredibly talented Geraldine Godot, who is the winemaker today. While retaining the core values of l’Arlot, including biodynamic farming, Geraldine has brought her own style to this historic estate, with extraction kept to a minimum, and the wines seeing less new oak than in the past. All of this is done to preserve the gorgeous fruit from their cherished vineyards. With Geraldine’s inspired leadership, Domaine de l’Arlot is committed to maintaining their classic, elegant style of terroir driven wines in hopes of providing the sort of divine pleasure that every Burgundy lover seeks. 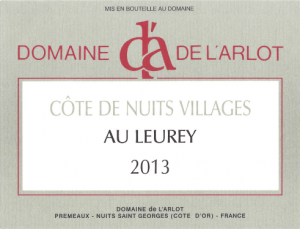 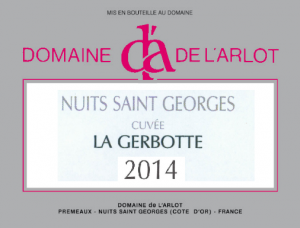 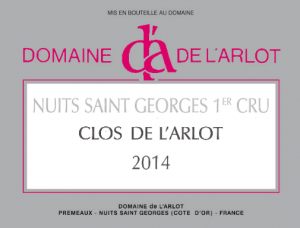 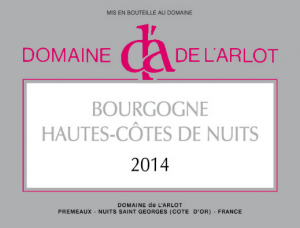 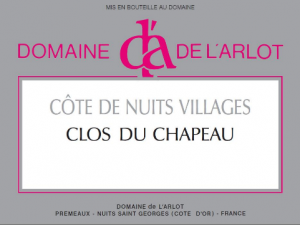 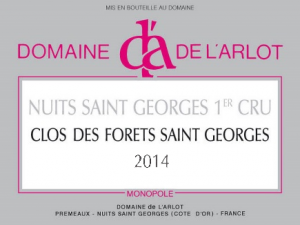 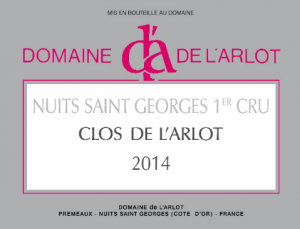 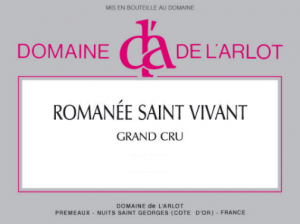