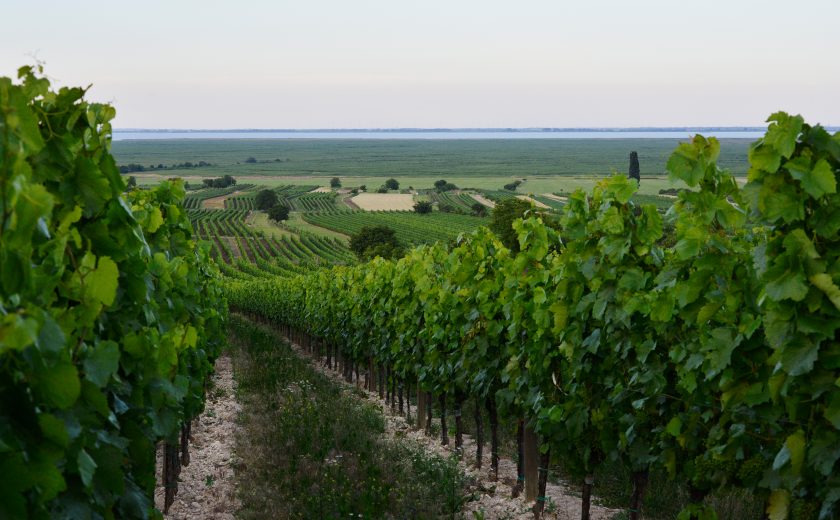 For more than 150 years, the Prieler family has been farming in the village of Schützen, located on the western side of the Lake Neusiedl. Like many family estates, acreage was diverse and included grains, fruits, potatoes, and animals; a mixture of crops that was geared more to subsistence rather than sales. Grape growing and wine were always part of this equation, but in the 1950s, Georg Prieler Sr. started to focus more on wine. In 1972 Irmgard and Engelbert Prieler decided to shift the focus of the farm entirely to wine production. Though Schützen was mentioned in historical texts in the 15th century for its superior wines, it was difficult in the 1970s and 80s to sell red wine that wasn’t Cabernet. The Prielers chose to focus on the indigenous variety, Blaufränkisch as well as the Burgundian varieties Chardonnay, Pinot Blanc, and Pinot Noir. These three varietals that have a long history in this part of Burgenland, an area that was cultivated by Cistercian and Franciscan monks, who founded monasteries, bringing these varieties from France and Germany.

Since 2005, Engelbert and Irmgard’s son Georg Prieler, named after his Grandfather, has run the estate. Georg works 22 hectares in vineyards on Schützen Stein, a hill between the Leithagebirge (the foothills of the Alps) to the west, and Lake Neusiedl to the east, which tempers the hot climate of the Pannonian plain. Basking in 2,000 hours of sunshine annually, this northern part of Burgenland is the sunniest region in all of central Europe.

Schützen Stein encompasses 16 different single vineyards. The top of the hill is home to some of the oldest oak trees in Austria and is a state protected nature preserve. The Seeberg (Pinot Blanc) and Sinner (Chardonnay) vineyards, just below the forest are primarily limestone from an ancient coral reef, perfectly suited for the varieties planted there.  The middle section of the hill is filled with ‘glimmerschiefer’, or mica-schist, flecked with gold,  and is home to the Goldberg vineyard which produces one of the most important, world-class Blaufränkisch in all of Austria. Lower down the slopes the iron-rich, brown clay of the Johanneshöhe produces delicious and earlier drinking Blaufränkisch.

Georg’s emphasis on vineyard work can be seen in the different sites; cover crops, natural pest management and healthy soils are the basis for the extraordinary wines being produced here today.  Prieler has been farming organically for the past 15 years, but his 2016 vintage will be the first to be officially certified. This year, Georg is going a step further, starting conversion to Respekt certified Biodynamic farming, joining Bernhard Ott in the Wagram, Johannes Hirsch in the Kamptal, and a handful of other great, like-minded producers. Grapes at the estate are crushed and fermented spontaneously in steel tanks or wooden casks, depending on the variety and vineyard site. For Blaufränkisch the fermentations are done in oak barrels of different sizes. For the top sites, Goldberg and Marienthal, the grapes are sorted twice, then fermented in large, open vat oak. Georg uses Stockinger, an Austrian cooper known for producing very neutral barrels. In Champagne, Vilmart, Péters, Geoffroy and Chartogne use these barrels for the same reason. The wood comes from the Ybbsthal forest in Austria and staves are very thick (42mm rather than the normal 27mm) and seasoned for 6-7 years, leaving them very neutral and with no overt oak influence, even when young. Johanneshöhe is raised in large casks while the top crus are matured in 500L barrels. French oak has been slowly phased out of the cellar and now Austrian oak is solely used. Some stem inclusion is used as Georg feels it adds positive structure to the wine, but it depends on the vintage and the ripeness of the stems. “If you taste the stem and it has green flavors it cannot be used. If it tastes nice, and ripe, then it is good to add, but only in the bottom part of the vat and during fermentation.” In 2011 Georg used 50% of the stems, in 2012 only 30%, and in 2013 just 10%.

Pinot Blanc and Chardonnay are macerated for several days in steel and then fermented naturally in steel. For the whites, Georg utilizes pieds de cuve, pressing some grapes early in a small oak barrel and allowing this to start fermentation prior to the main harvest. He then inoculates with the pre-harvest that is already fermenting. “It’s like sourdough” says Georg. This method allows him to control the ferment of the small amount of wine, while still getting the benefits of natural yeasts.

The focus at Prieler has been high quality over quantity for the last 3 generations. Georg continues that tradition with his collection of expressive, terroir driven wines with great balance and character. His move to biodynamic viticulture and refined cellar work demonstrates Georg’s commitment to quality and his clear vision for the future of the estate. 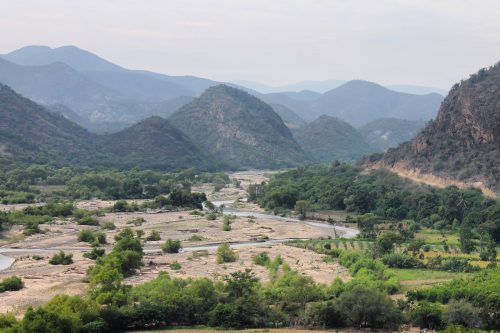 Three Days in Oaxaca
With agave distillates continuing to grow in popularity, mezcal in particular, adventurous spirit enthusiasts are traveling to Mexico at unprecedented rates. If you visit Oaxaca today, chances are strong you will bump into other mezcal connoisseurs and collectors – or...
Read More 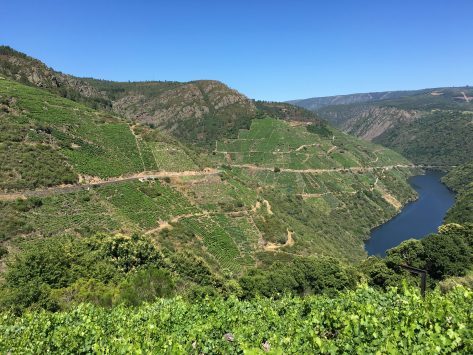 Adegas Guímaro: A Jewel In Spain’s Ribeira Sacra
The Ribeira Sacra deserves your attention. Put this into context. 96 producers, 52 of which export wine, farm 1,200 hectares under vine by 2,800 land owners. When you look at the old terraces and stone walls dividing each parcel, these...
Read More