In August 1775, Alexander Hamilton’s Hearts of Oak militia orchestrated a daring raid on lower Manhattan. Under fire from HMS Asia they seized and repurposed the battery of British cannons, thereafter forming America’s first artillery company. Fort Hamilton Rye Whiskey, from Alex Clark Spirits, is created in the spirit of that revolution.

Fort Hamilton Rye is a traditional North-Eastern American style rye which has no corn in the mash. It is made purely with rye, malted barley, yeast and water to achieve a rich, full and robust flavor.

The rye is barreled at a low proof for a smoother profile that emphasizes the rye grain over the barrel. It is non-chill filtered & aged in heavily charred new American white oak barrels on the Brooklyn waterfront. As is tradition for Eastern ryes, the warehouse is heated in winter to keep the aging process moving.

Fort Hamilton Single Barrel is comprised of 90% New York State Rye and 10% New York State Barley, representing a mash bill that would have been similar to others at the time of the American Revolution when the Northeast was the epicenter of rye whiskey production. The distillate is barreled at 120 proof instead of 125 proof; the lower degree of alcohol contributes to Fort Hamilton’s soft, fruit-driven style. Non chill filtered with bright notes of juniper, spearmint, and lemon zest, this rye is an enjoyable sipping whiskey and also a versatile cocktailing component. 45% ABV 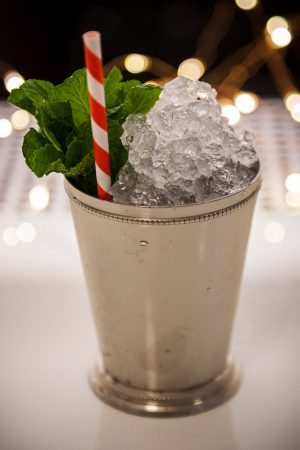