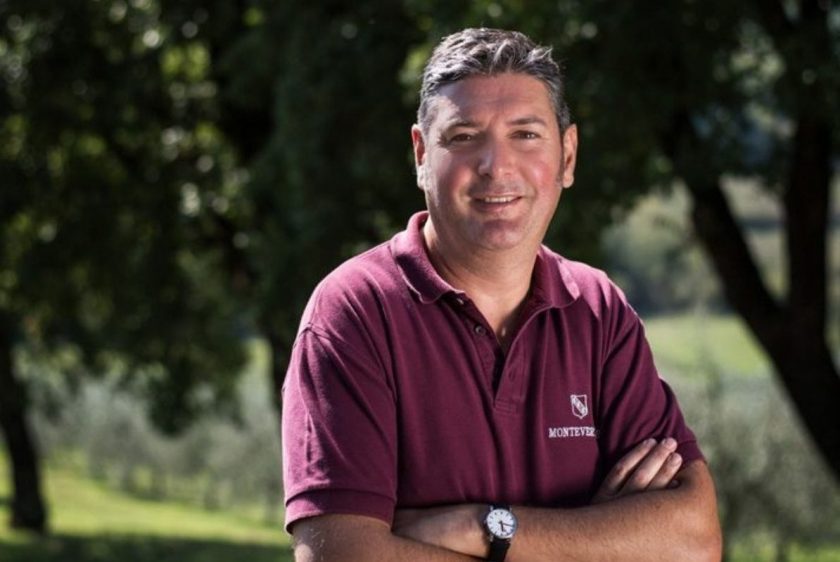 Montevertine is situated in the heart of the Chianti district about halfway between Florence and Siena, specifically 3 kilometers or so south of Radda in Chianti. Documents attest to the fact that the hilltop hamlet of Montevertine was first inhabited in the 11th century as a rural defensive fortress. There are traces of the original construction on the site today. Sergio Manetti acquired Montevertine in 1967 as a vacation home for his family. Once there, Signor Manetti planted two hectares of vineyards and built a small cantina with the idea of producing some wine for family and friends. The first vintage produced and bottled under the supervision of Signor Manetti was 1971 and was received with great praise for its quality. Shortly thereafter, Signor Manetti abandoned his principal activity to devote himself to producing wine at his magnificent estate.

Having recognized the importance of the Sangiovese grape, Signor Manetti crafted his wines with an almost exclusive reliance on that grape variety. By 1981, due to Signor Manetti’s refusal to incorporate Trebbiano into the Montevertine blend, Montevertine left the Chianti Classico consortium, thereby forgoing the Chianti Classico denomination. In time the consortium recognized the wisdom of Manetti’s stance but Montevertine remains outside the consortium, simply labeling its wines “Rosso di Toscana”. Because of these circumstances, Montevertine is frequently, but erroneously, included in the category of “super-Tuscan” wine. In fact, Montevertine’s policy of strict reliance on Sangiovese with a small complement of Colorino and Canaiolo is in direct contradiction to the approach of the “super-Tuscan” group of wines which purposely include non-local grape varieties like Cabernet Sauvignon, Syrah and Merlot in their blends. Despite the formal lack of the appellation, Montevertine is one of the rare examples of a true Chianti Classico.

Recent years have seen a generational shift at the Montevertine estate with the passing of Sergio Manetti, Giulio Gambelli (the estate’s oenologue for many years, and a fierce proponent of the Sangiovese grape), and most recently Bruno Bini (the cellarmaster). Montevertine is now in the hands of Martino Manetti, son of Sergio, and Paolo Salvi, Gambelli’s protégée, both of whom remain dedicated to the style and philosophy of their forebears. We are confident that this seamless transition means that Montevertine’s tradition of excellence will be carried into the future.

The estate sits at an elevation of 425 meters. There are 18 hectares of vineyards at Montevertine, 90% of which are planted to the Sangiovese grape with the remaining vineyards dedicated to Colorino and Canaiolo. The vineyards are divided into nine separate parcels with the oldest vines planted in the Pergole Torte vineyard in 1968. After a manual harvest, the wines are fermented in large (150hl) cement cuves for at least 25 days. The wine is pumped over and the cap submerged daily to create optimum conditions for a long and slow extraction. The malolactic fermentation also occurs in large volume cement cuves before it is racked into Slavonian oak barrels that range in size from 5 ½ to 18 hectoliters capacity. The Pergole Torte is ultimately racked into smaller French (Alliers) oak barrels for final six months of its elevage.

All movement of the wine is by gravity and the wine is never pumped, in accordance with the traditional methods of the region. The wines are bottled without filtration and then held in bottle for at least six months prior to release.

Wine production at Montevertine is essentially devoted to three wines.