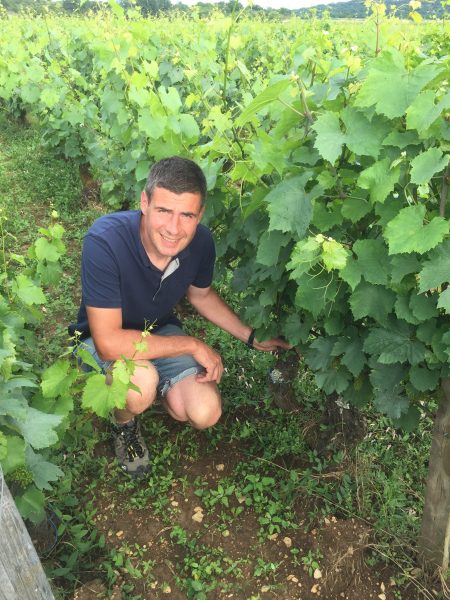 “This 20-hectare domaine ranks as the finest winery in the Côte Chalonnaise. Organic farming, cultivated soils and virtuosic winemaking combine to striking effect, yielding textural but incisive whites and perfumed, supple reds that number among my favorite wines in Burgundy…Plenty will find a place in my own cellar, and I couldn’t recommend them to readers more warmly than that.” –William Kelley, Robert Parker’s Wine Advocate

The village of Rully (pron: rooh-ee), named after the Gallo-Roman lord Rubilius, lies just 5 miles south of Chassagne-Montrachet – at the northern limit of the Côte Chalonnaise. It is in many ways a continuation of the Cote d’Or, with a south-southeast facing slope made of clay and limestone. The terroir near the top of the slope is a white chalk-laden soil that is markedly different from the reddish clay found at the bottom, mirroring the geological composition of the more famous Côte to the north. If you have heard of the village before, it is very likely due to the brilliant work of one Vincent Dureuil of Domaine Dureuil-Janthial.

Standing unquestionably at the very apex in this region is Vincent Dureuil, who for the last 25 years has worked tirelessly to raise the image of this historic appellation through his organic farming and commitment to showcasing the village’s terroir with an unparalleled range of white and red Rully. Vincent took over the domaine from his father Raymond in 1994 at the tender age of 24. Vincent has always been an elite “switch-hitter”, with an ability to make both red and whites of EQUAL quality. In Burgundy, where there is a clear geographic dividing line between red and white, there are only a handful of producers who can claim such an attribute. For Vincent, the magic starts in the vineyards. Since taking over the estate, Vincent has worked under organic principles, with each site treated as one would treat their own personal garden. His approach in the cellar is classic and minimalist. For the whites, the whole bunches are pressed slowly and racked straight into barriques, about 20% of which are new. Fermentation begins with indigenous yeasts, with little sulfur used at any point except before bottling. The wines are aged in barrel for 12 months after which they are racked to tanks for a further 4-6 months of aging, depending on cuvée. The reds are mostly destemmed with some small whole cluster employed for the single-site wines and given a cold maceration of 8-10 days in old wooden upright fermentation tanks. They ferment slowly before being racked into barrique (25% new) and aged for 12 months. After another 4-6 months in tank, they are bottled unfined and unfiltered. From the Bourgogne Blanc to the over 20 top parcels throughout Rully, this range of reds and whites never fails to astound and delight – one must truly look toward Chassagne, Puligny or Chambolle to find his true peers. In fact, it has been open secret for some time that Vincent is a go-to favorite for many of Burgundy’s top vignerons.