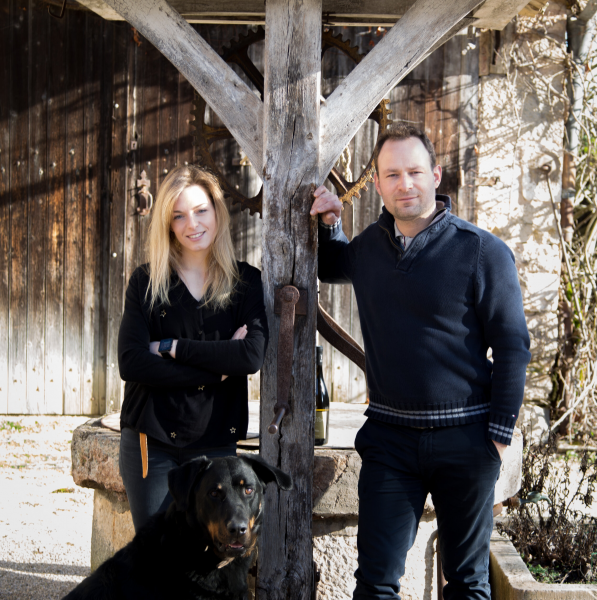 Château de Rougeon is a sixth-generation family estate located in the village of Bissey-Sous-Cruchaud in the Côte Chalonnaise. Today it is run by brother-sister duo Florence and Joseph Bouchard, who look after this property that dates back more than 200 years, in one of the oldest vine-growing communes in all of Burgundy. The entire domaine consists of contiguous vineyards around the château, at the top of the hill at 400+ meters altitude, where Florence and Joseph are organically farming this beautiful and diverse terroir that includes both limestone and granite.

Claude Ozanon purchased Château de Rougeon in 1839, and was succeeded by his son Charles who was a world-renowned botanist and a leading figure in experimenting with and promoting American rootstock when phylloxera hit. The nursery he founded became one of the major sources for grafts for the replanting of the vineyards in the Côte de Beaune. His son, Dr. Henri Ozanon, was one of two Burgundian delegates in the commission that established the original guidelines for the Appellations d’Origine Controlée (the second Burgundian delegate was the Marquis d’Angerville). In 1921, Henri’s daughter Charlotte Gabrielle married Antonin Victor Bouchard, from the famed wine merchant family in Beaune. Rougeon was then managed by a succession of régisseurs until 1981, when Dominique Bouchard and his wife Isabelle made it their full-time calling. Dominique Bouchard was a passionate farmer who replanted all clones to massales selections, instituted organic viticulture, and employed sheep to mow the rows. He passed away in 2017, leaving the domaine to be run by his two children. Today, Florence and Joseph are making textured, precise, deliciously elegant wines from this oasis of organic farming in the hills of Bissey-Sous-Cruchaud.