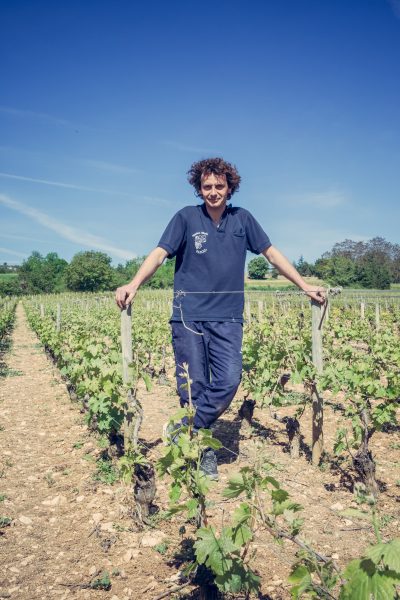 “Arnaud Tessier is clearly a man of the vineyards…[he is] blessed with plots in the best parts of both Meursault Les Charmes-Dessus and Meursault Genevrieres-Dessus and some fine holdings of Meursault Poruzots and Meursault Casse Têtes. These are terroir wines of the highest quality. The 2015s from Tessier are stunningly great for the vintage…These wines have an unrivaled balance and freshness.”

Arnaud Tessier loves his vineyards. In fact, when we first visited his small cellar in the heart of Meursault, he was nowhere to be found. It was only until around 9:00 PM that he strolled in with his head lamp on, wearing work clothes that looked and smelled of the terroir he was born to be the steward of. In fact, his almost OCD level work ethic has become famous around town, with many of his fellow producers conceding that he has some of the most immaculate vineyards in all of Meursault. There are no gimmicks here, it is Arnaud and his vineyards. Period.

Arnaud started working the vineyards with his father when he was just 14 years old. After his father died suddenly and tragically in 2009, Arnaud was thrust into the spotlight of leading a domaine at the age of 21. The holdings here have always been some of the best, with prime parcels in the best crus of the village, including Charmes-Desuss (directly adjacent to Comtes Lafon’s parcel), Poruzot-Dessus, and Genevrieres-Dessus.  The vineyard work is fully organic with constant ploughing. In the cellar, he is assisted by his wife, Catherine, who uses indigenous yeasts for the fermentation and allows the wines to go through a long and slow elevage. The work that this dynamic duo put in have put them squarely in the conversation among the top producers of Meursault.