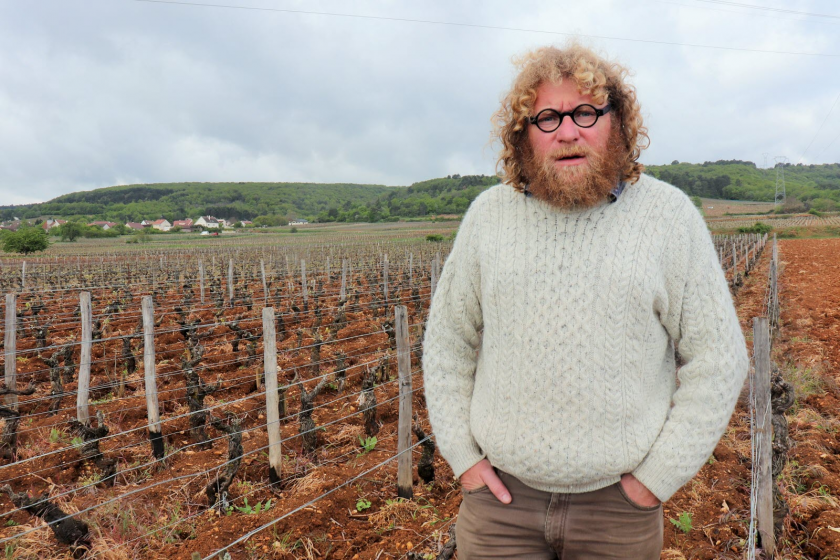 Sylvain Pataille is perhaps secretly one of the most important figures in Burgundy today. Beyond being a leader in organic and biodynamic viticulture, he is also a consulting oenologist for some of the most famed domaines in the region. Sylvain grew up around wine, though his family didn’t own any vines. His father was a bus driver, who spent the free time in his afternoons helping his vigneron friend Jean Fournier. Sylvain and his brother Laurent would meet their father in the Fournier vines after school, forming an attachment to the life of a vine farmer. His paternal great uncle also owned a domaine in the Médoc that the Patailles visited every summer. Sylvain knew from an early age that winemaking would be his career and he attended winemaking school in Beaune to make that dream come true. Right before graduating he was hired by a local lab as a salesperson, where he admittedly was very bad at sales. He quickly left to start his own domaine in the village of Marsannay, at the northern edge of the Côte de Nuits, while consulting on the side from contacts made during his sales days. Starting with just 1 hectare in 1999, he slowly grew his domaine to its current size of 15ha. Sylvain’s older brother Laurent, a trained oenologist himself, eventually joined the domaine in 2008, becoming Sylvain’s right hand.

The domaine consists of vines across Marsannay, with a large portion planted to Aligoté, to go along with Chardonnay and Pinot Noir. Sylvain is a leading proponent of the potential of Aligoté to make world-class wines, making more than 5 different cuvées from different single sites. In the vines, he practices very low yields, ploughs by horse, and works biodynamically, earning him the reputation as one of the finest farmers in the Côte d’Or. For his vinifcations, he presses long and slow, uses only indigenous yeast, and adds very little sulfur only at bottling. Aging takes between 15-18 months but can be longer depending on the wine. If a certain vintage and certain vineyard requires 24 months, he will do so, allowing the wine to tell him what it needs as opposed to following any formula. Sylvain’s wines are extraordinary examples of what top farming, matched with one of the brightest oenological minds, can produce. They are wines of incredible balance, seamless textures, and clearly defined minerality that can only come from the one the greats of Burgundy.