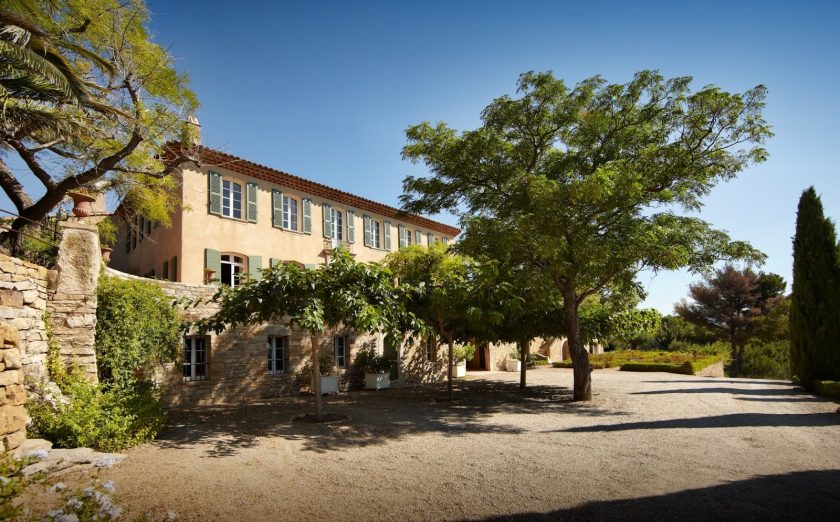 “Château de Pibarnon is one of Bandol’s best estates.”
-The Wine Spectator When thinking of the ideal for a domaine, the image conjured is one of a solitary estate, perched atop a hill, overlooking pastoral vineyards, humbly making world class wines vintage after vintage. It is an ideal that is increasingly rare in the world. However, that is exactly what one finds when turning off a narrow dirt road in Bandol and arriving at a gate adorned by a simple plaque that reads “Château de Pibarnon.”

Perched at the apex of Bandol, with only the blue sky towering above, the grounds around the Château could be mistaken for John Milton’s vision of the Garden of Eden. Looking out over the terrace, the glittering Mediterranean greets you with its vast splendor. Rows of vineyards stretch out, forming a natural amphitheater that soaks up the warm Provencal sun. It is a place which reminds us that beauty exists in the world. It is a place where mediocre wine simply cannot be made.

The recent history of Château de Pibarnon began in 1977 when Comte Henri de Saint-Victor purchased the estate after tasting a bottle at his favorite restaurant in Paris. Falling instantly in love, he traveled down to the majestic hill of Bandol. There he found a family, frustrated by the difficulty of making wine in such a warm and arid climate and ready to sell their domaine. Without any previous winemaking experience, Henri’s first vintage (1978) managed to receive first place in a local Provencal wine contest, firmly cementing this new estate as one to watch.

“The rosé is unfailingly one of the most savory in Provence. The red is robust when young but develops a range of subtle, typically Mediterranean aromas, together with very fine tannins that places it amongst the greatest of all the French wines.”
-Bettane and Desseauve’s Guide to the Greatest Wine of France

Henri’s son and the current owner of Château de Pibarnon, Eric de Saint-Victor, grew up loving the Château. He studied the biological sciences as a young man, but after finishing his collegiate career he decided making wine in Bandol was his true calling. Before going to work alongside his father at Pibarnon, Eric traveled to Bordeaux to serve an apprenticeship with the legendary Château Cheval Blanc in Saint Emilion. In 1989, after honing his winemaking skills, he returned to work full time at Château de Pibarnon. Over the years, Eric gradually took on more of the estate’s winemaking responsibilities, finally making his first full vintage in 1998. As he puts it, he finally understood how to harness the unique terroir of Château de Pibarnon and the noble Mourvedre that grows there. It is this unique terroir that sets Pibarnon apart from the rest of Bandol.

The area surrounding the Château is truly a privileged spot for growing Bandol’s primary variety, Mourvèdre. Being at the highest point of the appellation provides cool nights to counter the hot and sunny days, allowing the grapes to retain higher levels of acidity (especially important for this typically brawny and tannic grape). The cool winds from the North blow throughout the property, keeping the grapes well aerated and protected from vine disease. The soil found here also differs from Pibarnon’s neighbors further down the slope.  It contains a much higher percentage of limestone which softens the sometimes harsh tannins of the grape. Eric is very careful to do as little as necessary in the cellar to preserve the gorgeous fruit he farms. His goal is to make wines that can be enjoyed young while still possessing long ageing potential. Extraction is minimal and the wines are aged in mostly large neutral barrels.

Château de Pibarnon is simply one of the most beautiful places on Earth. As overly sentimental as it may sound, it is hard to drink the wines from this estate and not feel the Mediterranean breeze as Eric de Saint Victor’s welcomes you to his slice of paradise. 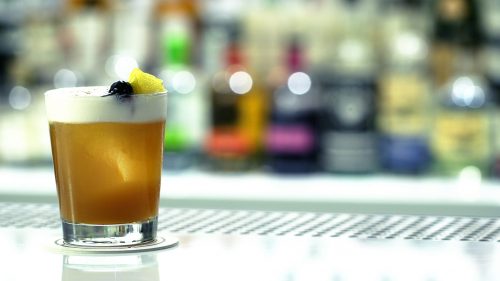