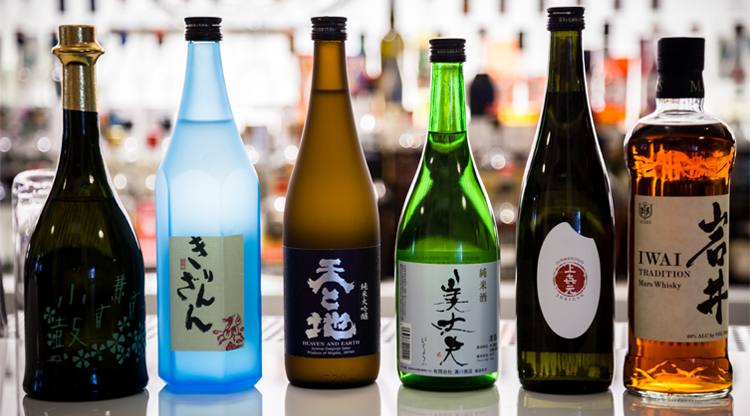 Here at Skurnik Wines and Spirits we are very excited to expand our horizons into the wide world of Japanese sake and spirits!

Japanese whiskey in particular has deservedly received a lot of attention in the past few years as some of the finest on the planet. The vast world of sake brewing covers the entire Japanese archipelago and has a rich history stretching back at least 1400 years. Just as we’ve been doing for years with wine, we are excited to introduce the US to a variety of small batch, premium sake from family producers, many with histories stretching back a hundred years or more.

We couldn’t do this without the support of our terrific import partners, who have been working carefully for years to bring the finest Japanese whisky and sake to the rest of the world.

A passion project for founder Takahiro Tokura, Banzai Beverage was born in 2003 from the dream of dispelling the image of sake as cheap, mass produced and high proof by introducing some of the finest craft sake to the US. Tokura-san comes to sake naturally, hailing from Okayama prefecture, the home of the wild heirloom omachi strain of sake rice.

Banzai brings us a range of premium sake from some of the most well-known and respected names in the industry. The legendary Jokigen brand from Sakata Shuzo in Yamagata has a defined house style, their well water has a natural sweetness that lends itself to their signature fruity and restrained sake.

Banzai also brings us smaller up-and-coming sake like the Bijofu brand from Hamakawa Shoten in remote Kochi prefecture, clean and snappy with a whiff of mint, appealing to the modern palate. Tokura-san has done a terrific job curating a selection of sake that showcases Japan’s past, present and future. 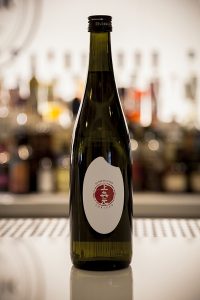 The Jokigen is a model Junmai Ginjo packing in a remarkable amount of flavor and aroma in a medium full body. Classic Yamagata style with its subtle layers of fruit and light sweetness. Stewed black cherries, orange zest and a savory finish make a great sake to enjoy on its own or bumping up against dishes like grilled duck breast or miso marinated black cod.

Made from specially grown Oyama Nishiki developed by a group of Toyama rice farmers looking to develop the ultimate sake rice. They chose Sakata Shuzo as a brewery that could bring out the full potential of the rice. Milled to 55% remaining to bring out subtle aromatics and flavors. 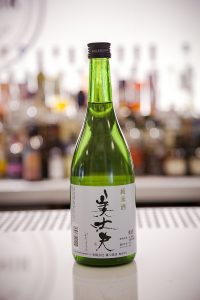 Defined and precise, the Bijofu Junmai is a sake with zip, spice and drinkability. Not a heavy or earthy Junmai, this sake is light and fresh, faint notes of passion fruit and freshly crushed mint leaves. Akebono rice milled to 60%.

The Mars Distillery is based in mountainous Nagano prefecture, making it the highest elevation distillery in the country, taking advantage of excellent snowmelt fed aquifers and the cool temperatures that slow maturation of their Iwai brand whiskey.

They also bring us a select series of ultra premium Kotsuzumi sake from Hyogo prefecture, including the gorgeous Kurobotan ‘Peony Shadow’ Junmai Daiginjo made from the unusual and distinctive Tajima Goriki strain of sake rice. 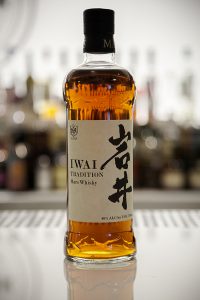 Sandwiched between Japan’s soaring Southern Alps and the towering Central Alps, at just over 2,600 feet, Mars Shinshu is Japan’s highest whisky distillery. The Hombo family have been distilling shochu for more than a century and added whisky to their repertoire in 1949. Back then, the distillery was located in Kagoshima Prefecture on the southernmost island of Kyushu. In 1984, the Hombo clan moved the distillery to the idyllic alpine setting of Miyada village in southern Nagano Prefecture. They chose this site for its cool temperature, which slowed maturation, and the plentiful, soft, granite-filtered snowmelt-fed aquifers. 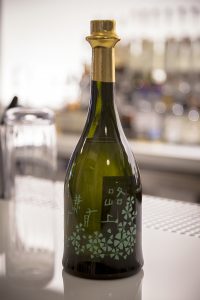 50% polished estate-grown Tajima Goriki rice, which is a difficult to grow, low yielding rice variety. It is tall, big, and grows slowly so it is easily damaged when typhoons come into the area. This is all estate-grown and they use no fertilizer or pesticides, basically practicing organic.

“Kurobotan” is well-rounded and powerful. Not only does it go well with raw fish dishes; it also pairs nicely with lightly grilled meat dishes due to its glycerol edge tethered to a refreshing sharpness that carries its power alongside a wide variety of beautifully prepared cuisine.

There is perhaps no other area of Japan with as defined and elegant a style of sake as the northern prefecture of Niigata. Commonly just referred to as the “Snow Country” in the rest of Japan, traditional rural life in Niigata is defined by endurance throughout the harsh winters with a heavy and wet snowpack each year that reaches eight to ten feet high. The abundance of snow makes for a region uniquely suited to making elegant and refined sake, with the snowmelt filtering through the mountains to create uniquely pure and soft water sources, and the snow itself filtering the air of dust and particles to make the winter brewing season particularly pristine.

Niigata Sake Selections was created by Ataru Kobayashi, who was born into a Niigata brewing family but pursued a different path in life before deciding to bring the excellent sake of his home to the world. The sake he brings to us shows both the refined and elegance of the classic Niigata tanrei karakuchi style and the range of styles the region is now producing. The Junmai Daiginjo from Kirinzan embodies classic Niigata sake, crisp, clean and beautifully smooth, and the Ten to Chi “Heaven and Earth” in the same premium Junmai Daiginjo category is a delightful play of earthiness with layers of aromas.

While other areas of Japan produce more sake, no single prefecture produces more premium sake than Niigata. We’re excited to feature such a terrific portfolio from a region whose name is synonymous with fine sake. 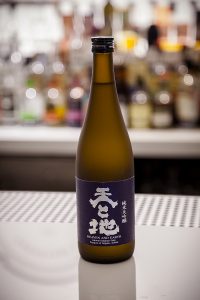 The Ten To Chi Junmai Daiginjo is made with Koshi Tanrei, a local specialty sake rice that was made specifically for ginjo and daiginjo grade sake. It is only grown locally, exclusively for Niigata sake producers. This was one of the first Koshi Tanrei based sakes released in Japan. Milled to 50% remaining, this is a savory daiginjo, rich and gamey with notes of cereal grains and raisins. 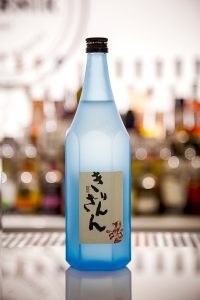