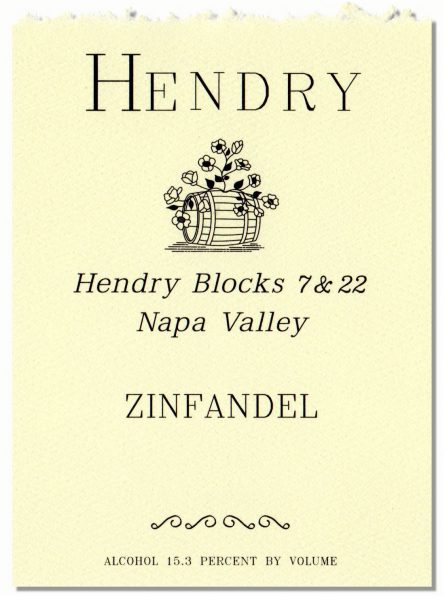 One of the two wines George made in his very first offering of a few hundred cases back in 1992 was from Block 7, planted in 1975. It remains the foundation of one of our flagship wines.

Both block 7 and 22 are located on benchlands west of the town of Napa. The nine acres are between 230 and 300 feet above sea level and have thin, stony Boomer series soils. The maritime climate is moderated by morning fog and strong afternoon breezes from San Pablo Bay. Block 7 was planted forty-three years ago in 1975 to clone 2 Zinfandel. Block 22 was planted twenty-three years ago, in 1995, also to clone 2. The vines are spaced 8’ x 10’, cordon trained and spur-pruned. A three-wire trellis system supports the cordon and the canopy.

The alcoholic fermentation for each was completed in approximately ten days in closed stainless steel fermentation tanks. The wine was then pressed and put into barrels for malolactic fermentation. Aging for the 7&22 is fifteen months in French oak barrels, approximately one-third of which are new each vintage.

2016
enthusiast
Score
91
Date
2019-11-01
"Aromas of white pepper and lavender lead to a robust, meaty palate. Blackberry, graphite and oak round out the balanced, powerful foundation that's supported by firm tannins. "