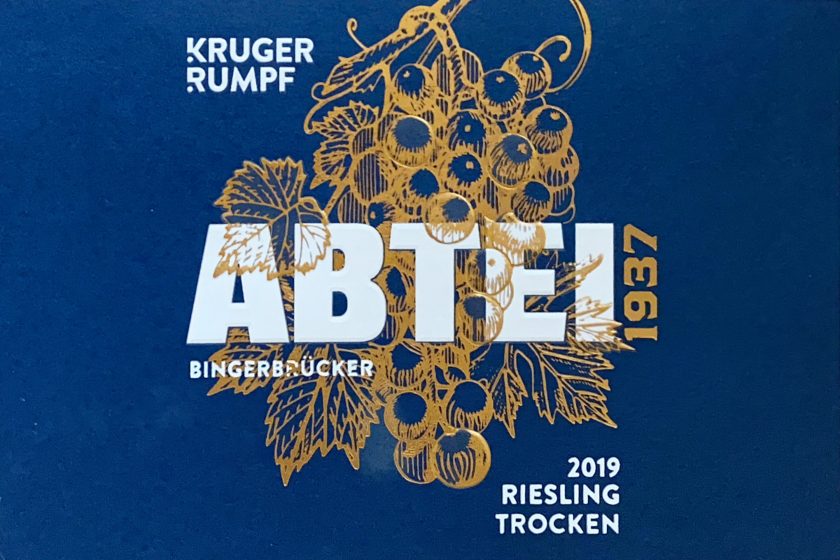 Region Nahe
Winery Village Münster-Sarmsheim
Grape Variety Riesling
Appellation Nahe
Vineyard: Abtei Rupertrsburg From the steepest parts of Abtei, some of the blocks planted before WW2 the rest in the beginnig of the 60s
Soil Type phyllit (slate) Phyllite is a foliated metamorphic rock that has been subjected to low levels of heat, pressure and chemical activity. It is composed mainly of flake-shaped mica minerals in parallel alignment.
Age of Vines (Average) up to 80
Farming Technique Sustainable
Fermentation & Elevage spontaneous fermentation in over 30 years old Stückfässern full yeast contact till June, bottling end of June
Classification: VDP.ERSTE LAGE®

It’s a south facing site in Bingerbrück in Rupertsburg, the most northern, south facing site in the Nahe. It’s the same exposition as the Rheingau and quite steep. Soils here are a very particular kind of metamorphic rock called Phyllite, which is basically mica inflected slate. This soil is also present in Rauenthal in the Rheingau. Part of the vineyard was planted in 1937 and this is the section that the EL wine comes from. The rest is declassed into a wine named for the soil type.
The name Abtei came from the Abbey of Hilldegard vom Bingen, a really amazing personality in the 11th/12th century.  The Abbey moved across the Rhein and today is the abbey that sits upon the Rüdeheimer Klosterlay. She is often sited as the person that Steiner stole his ideas from. “If she wasnt a Saint, she would have been burned at the stake” is what’s often said.

2019
james suckling
Score
96
Date
2020-09-17
"This super mineral and super elegant dry riesling has a stunning balance, but is only just beginning to open up. Golden aromas, but no hint of opulence or overripeness. Long, graceful finish. From vines planted in 1937. Drink or hold"
2017
james suckling
Score
90
Date
2018-09-26
"A sleek beauty with delicate, white-fruit character and a firm core of minerals. The steely, long, lemon and mineral finish prompts an order for a seafood platter. Drink or hold."
2017
vinous media
Score
92
Date
2019-04-18
"Apple wood, char-like smokiness, along with scents of lichen and moss make for an aromatic display every bit as striking but surprisingly different from that of the corresponding 2016. The palate is pithily-concentrated yet polished, and delivers plenty of juicy apple and fresh lime to complement those elements that carry-over from the nose. The finish lays down a long, stimulatingly undulating carpet of woodsy flavors, and a mouthwatering suffusion of mineral salts."