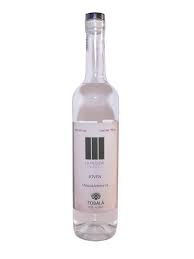 Grown at high elevation (around 5,000 ft), tucked into the countryside surrounding the highly regarded mezcal-producing village of San Baltazar Guelavila, this is a benchmark example of delicious, classical Tobala. A delightful balance between earth and smoke, strawberries and cream, with a pronounced salinity on the finish and a rich, silky mouthfeel.   The tiny Tobala agave, harvested wild at 10–15 years old, yields very low amounts of sugar (and thus, very small amounts of mezcal); it can take up to three plants to produce one bottle.  Which is a shame, because this is eminently quaffable — it’s hard not to drink it too quickly!  Is there such a thing as summer porch mezcal?