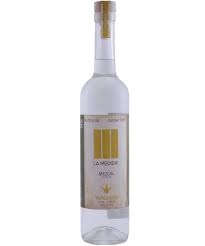 Harvested after growing 20–25 years in the wild, the Tepeztate grows to be massive; nearly the size of a VW Bug or a Mini Cooper. Found at high elevations, they often grow directly out of sheer rock walls and cliff faces, giving shade to smaller agave (such as Tobala) growing nearby. With huge leaves (pencas) lolling out, their brilliant, red teeth serrating a soft and textured flesh, the Tepeztate is arguably the most varietally consistent agave in distillation. Notes of green bananas, delicate flowers, bright bell peppers, Sichuan peppercorns and underripe melon rinds make La Medida both a benchmark example, and an especially electrifying one.