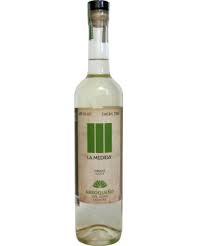 The massive Arroqueño, a subspecies of the Agave americana, typically takes around twenty years to mature. Grown wild, the varietal was nearly extinct just a few decades ago, but has recovered in recent years, its population regrowing especially in southern Oaxaca districts like Miahuatlán through the efforts of mezcaleros and conservation activists in the region.

Coveted for its high concentration of sugars over decades of growth, the mezcal offers a rich and fragrant approach.  A particularly exuberant example, this batch from José Díaz Bustamante is creamy and full bodied, the aromas redolent with young pear, string bean, asparagus, salted caramel, butterscotch, creme brulee and movie theater popcorn….  Mezcal for dessert, anyone?


It continues to be a month of sleepless nights for